Ghosthunters claim that they have spotted a soldier from the 1600s walking near headstones and haunting a cemetry.

The ghostly figure was spotted by Louisa Farell as she took part in a ghost walk at St James Cemetery in Liverpool.

It appears to be wearing armour and the uniform of a soldier from the 17th century.

Ghosthunters have long claimed that the cemetery is haunted and the photos, which were taken on March 7, appear to back up the claim.

The eerie photo shows a white figure which looks to be dressed in a three quarter length suit of armour with its legs covered.

This, reports the Liverpool Echo, was the armour used in the Civil War era in the 1600s.

It would provide protection for the chest, arms and elbows of troops.

The ghost’s face can be seen and the soldier also seems to be wearing a helmet.

Keith Braithwaite, who has been hosting ghost walks at the cemetery since 2002, described the soldier as wearing battle dress.

The ghost hunter also described the cemetery as one of the most haunted in the region. 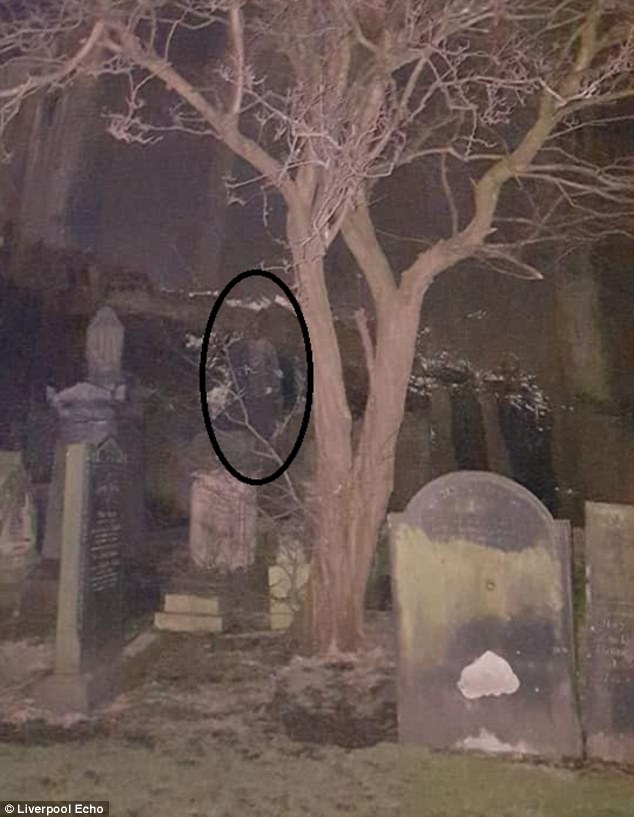 The eerie photos, taken at St James Cemetery in Liverpool, appear to show a soldier dressed in armour from the 1600s

Ms Farell told the Liverpool Echo that it was her first ghost walk at the cemetery.

She said: ‘I was really excited to have seen something show up and the first thing I saw was a face on the right hand side.

‘But then I noticed the figure on the left which I thought looked like some sort of priest.’

Mr Braithwaite believes that the ghost is a soldier from when Prince Rupert came to Liverpool.

During the Civil War siege of Liverpool in 1644, Prince Rupert of Germany and 10,000 came to they city.

They erected a lock-up that remains to this day.

Mr Braithwaite told the Liverpool Echo: ‘I have done walks since 2002 and I do one in St James once a month.

‘It is a very active place and we always get a result but at the same time the people I take around have respect for the dead.’ 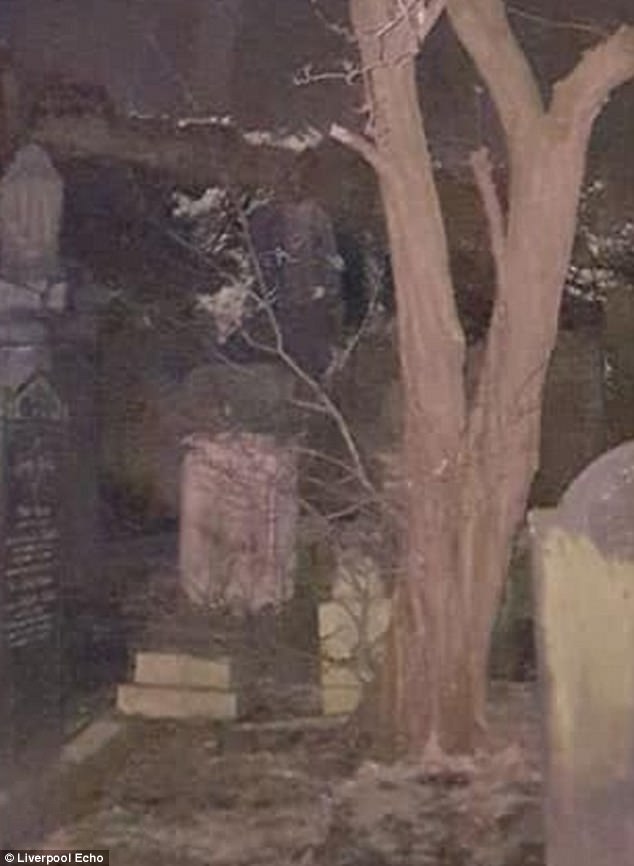 Louisa Farell, who took the photos, was on her first ghost walk in the cemetery and thought the figure looked like some kind of priest