This is the creepy moment a mysterious silhouette appears to emerge from a house and climb onto the bonnet of a car, where a group of youngsters are drinking alcohol, before roaming the streets of a city in Peru.

The eerie sequence of events has led locals in the winter sports and adventure mecca of Huaraz to dub the unexplained shadow the Ghost of Christmas.

TV stations in the South American country have helped the images, picked up by street cameras, to go viral.

MPHZ Seguridad Ciudadana, the council-controlled organisation whose CCTV was behind the startling footage, has insisted no manipulation occurred and has been unable to explain the shadow.

The footage was filmed in the early hours of Christmas Day and posted on MPHZ’s Facebook page on Wednesday with the headline: ‘CCTV cameras capture paranormal activity’.

It shows a silhouette emerging from a house near a parked yellow car, where a group of youngsters were drinking alcohol, before resting on its bonnet for several seconds and then moving off along the street.

A spokesman for the camera operators said: ‘CCTV operators were monitoring a yellow car where the occupants were drinking alcohol, near Jr. Atusparia Street and Confraternidad Sur, when they witnessed to their surprise what appeared to be paranormal activity.

TV stations in the South American country have helped the images, picked up by street cameras, to go viral 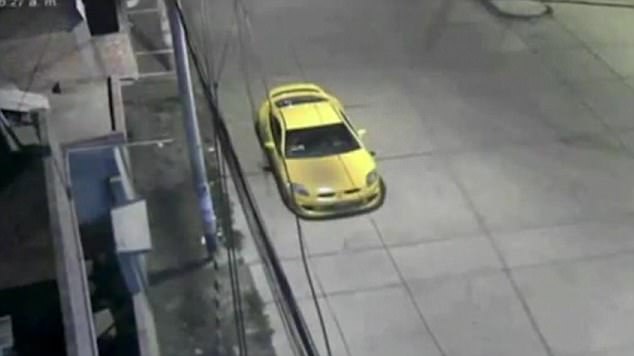 ‘After going back over the images they noticed a dark shadow on the left side of the roof of a house next to the car, which then moved to the bonnet of the vehicle and rested on it for a few seconds before sliding off along the street.

‘Look at the footage yourselves and draw your own conclusions. The video has not been manipulated in any way.’

The unexplained silhouette sparked an intense social media debate about exactly what it was.

But Teo Vargas thought there was an easy explanation for the shadow, saying: ‘People are so stupid, thinking about ghosts when it’s a spider on the camera lens.’

Huaraz is the main tourist centre of Peru’s Ancash region and one of the most important cities in the Peruvian Andes, near to the Huascaran National Park. 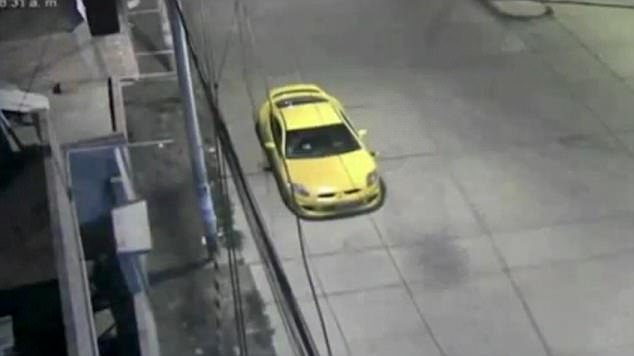