Gianluigi Donnarumma pulls off a stunning TRIPLE save for Italy

Gianluigi Donnarumma credited his stunning triple save against Hungary to ‘Mother Nature’ as Italy booked their place in the Nations League finals.

Roberto Mancini’s side ran out 2-0 winners in Budapest after goals from Giacomo Raspadori and Federico Dimarco.

But it was Donnarumma that took most of the plaudits, particularly after one move early in the second half where he produced a marvellous triple save. 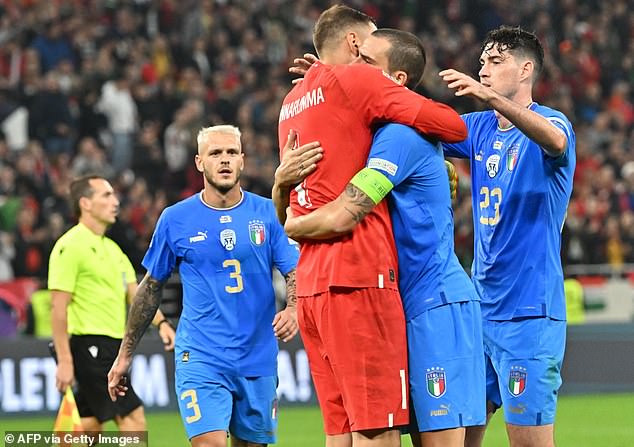 In one Hungary attack there were four shots on goal, with Donnarumma, who La Gazzetta dello Sport labelled ‘Inhuman’ and ‘a phenomenon’, pulling off three saves from Loic Nego, Styles and Adam Szalai.

Asked what was behind his stunning reactions to keep his clean sheet intact, Donnarumma smiled that the universe was working in his favour.

‘I think it’s more Mother Nature than anything else, although I’m also working in training,’ he told Italian broadcaster RAI.

‘It takes a bit of everything. But now I have to continue like this, I have to do it for all of Italy and for those who believe in me.’ 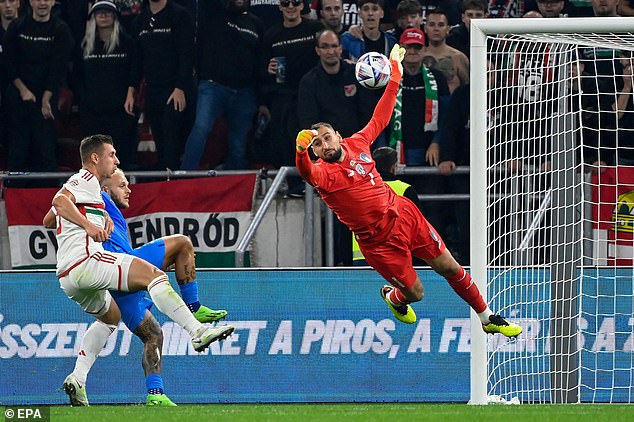 Italy have managed to channel their disappointment of missing out on qualification for the World Cup in Qatar by winning their Nations League group, therefore qualifying for the finals.

Mancini’s side successfully navigated the ‘Group of Death’ – with Hungary a point behind in second, Germany third and England relegated.

‘We needed this to bring back a bit of enthusiasm, even if nothing can heal the open wound that is missing the World Cup,’ Donnarumma added.

‘It was important to reboot, for all of Italy and for those who believed in us. We started the group well with two victories, now we have reached the finals and we will try to win the whole thing.’ 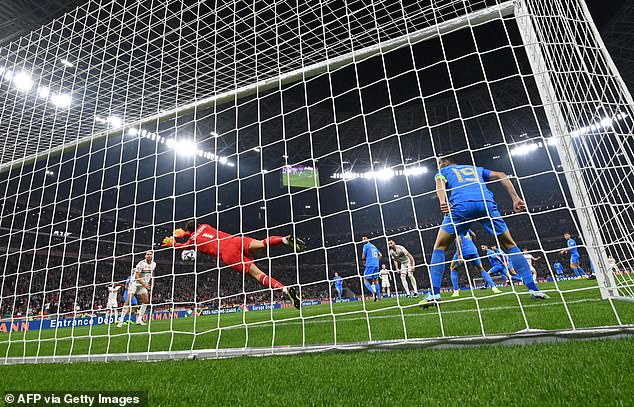 An in-form Donnarumma is a huge asset to Italy and Mancini and the Azzurri boss believes regular game-time at PSG is the key to his goalkeeper’s inspired form in Hungary.

‘Gigio did well, you can tell that he’s playing regularly at Paris Saint-Germain now and that sense of confidence shows,’ Mancini told reporters.

‘I am happy, because I wanted to get these two victories over England and Hungary to qualify, and we put in two good performances.’