As the American Crime Story saga The Assassination Of Gianni Versace continues to rack up great reviews on TV, fans might be wondering: What happened to the palatial Miami estate the tragic designer so loved?

After Gianni was gunned down on the steps of the home by serial killer Andrew Cunanan at age 50 in 1997, the Ocean Drive property remained in the family for just a few years before Gianni’s sister Donatella sold it in 2000.

From 2001 to 2009, the home was a members-only club and hotel available for private event hire. But after the property was auctioned in 2013 and sold to the owners of the Hotel Victor next door, it was converted into a luxury hotel called Villa Casa Casuarina.

Famous location: The former home of Gianni Versace has been converted into a luxury hotel called Villa Casa Casuarina 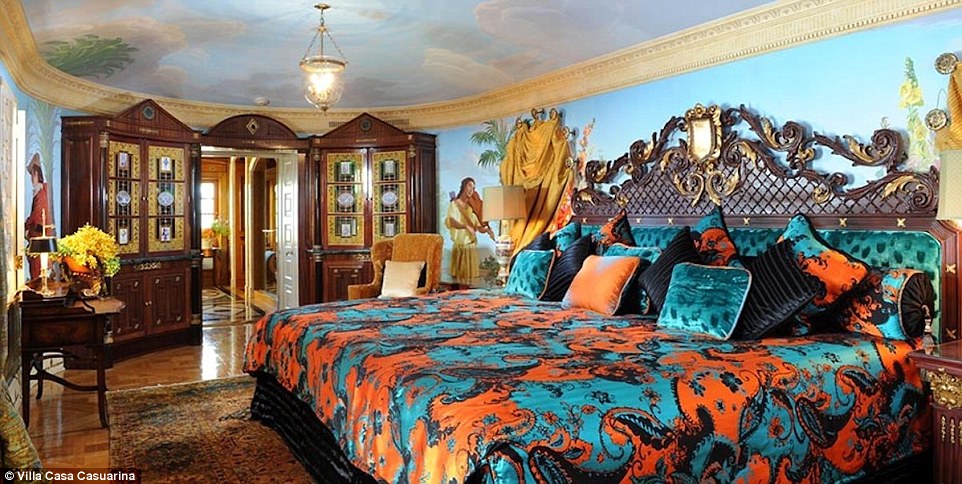 Crown jewel: The designer’s master bedroom (pictured) is available to rent as the Villa Suite for $1,799 a night

Fashion icon: The Casa Casuarina property was purchased by Versace in 1992 for $2.95 million and transformed into a palace

The three story mansion-turned-hotel now contains ten suites, one of which was once Versace’s master bedroom. The room is now dubbed the Villa Suite, one of four one bedroom suites in the hotel, and runs at $1,799 a night.

Chauncey Copeland, general manager of Villa Casa Casuarina, told New York Daily News that both the Kardashians and Justin Bieber have rented out the room as a part of booking out the whole hotel.

The famous secret passageways that Versace and his guests could use to slip from room to room are closed off, of course, but the property is otherwise intact for patrons to enjoy.

‘It’s as he left it,’ said Copeland. ‘We actually have a resident artist on staff who maintains all of the details, from the murals on the walls and the suites, to the 24-karat pool.’ 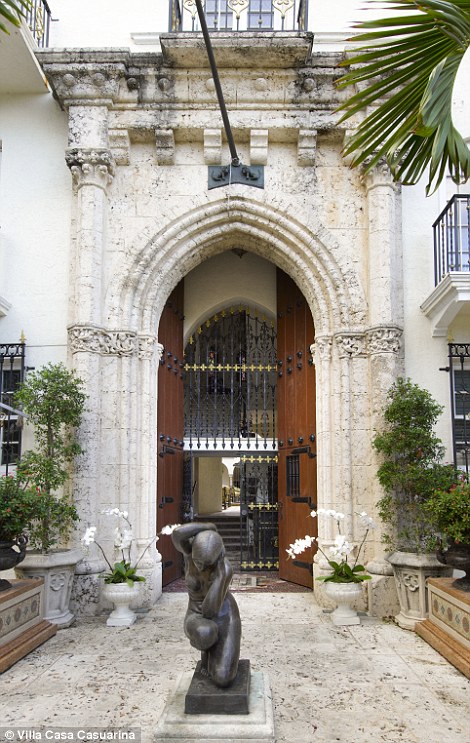 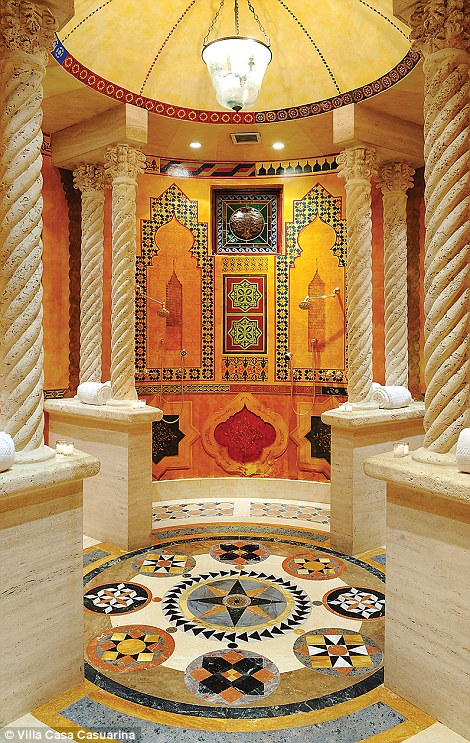 In one piece: The hotel has an artist on staff that looks over the details of the murals and other features of the property 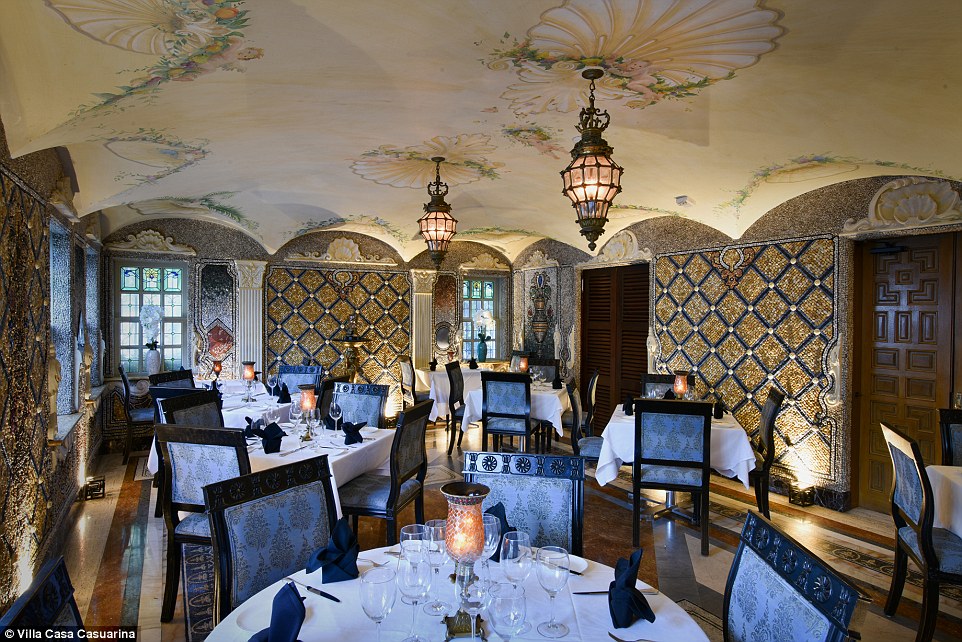 Sit and enjoy: The hotel also boasts a restaurant called Gianni’s, which serves a $49 version of Versace’s favorite meal, Branzino 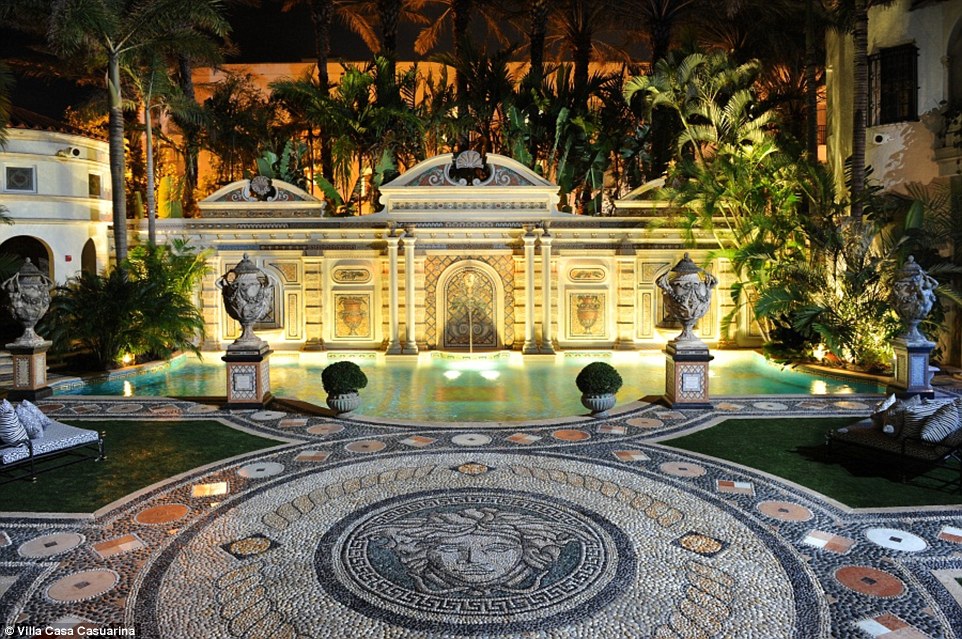 Quite a sight: The 24-karat pool is only available to be enjoyed by guests of the hotel

Cheaper rooms in the hotel run at $749 for a Superior Suite, $999 for an Exceptional Suite and $1,199 for one of the other three One Bedroom Suites.

Another new addition to the property is a restaurant appropriately called Gianni’s, which boasts Versace’s favorite meal, a $49 Branzino, as its signature dish.

The 50-year-old Versace was returning from a morning walk to pick up the morning papers on July 15, 1997, when Andrew Cunanan approached him on the steps of the villa, shooting him twice.

Even 20 years later, it is not known whether the murder was planned or carried out at random, leading to much gossip and speculation.

Eight days after the killing, Cunanan killed himself with the same gun he used to slay Versace, marking the end of a rampage that took the lives of five people. 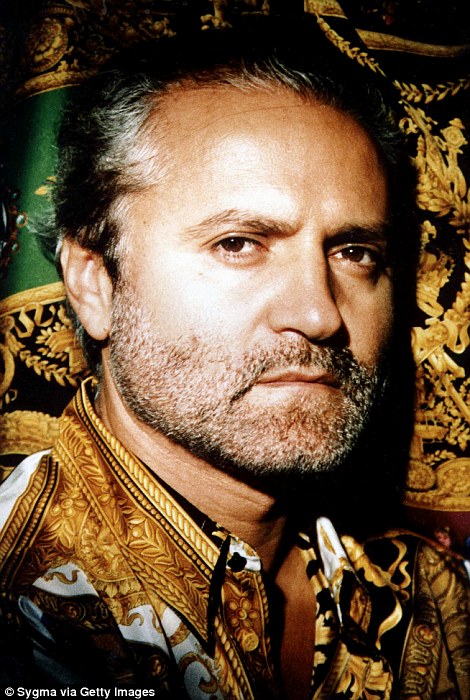 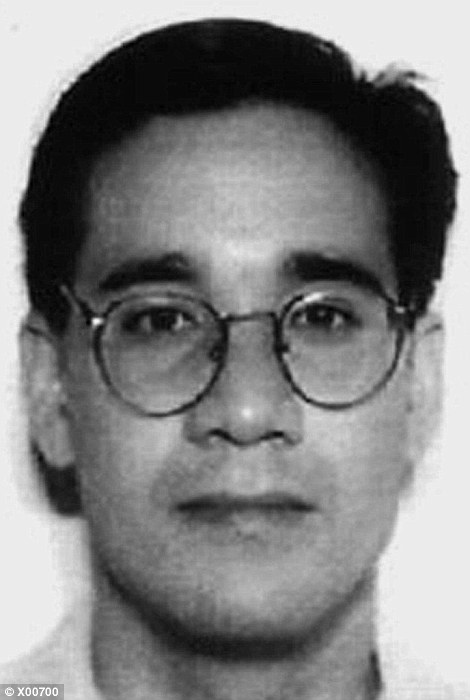 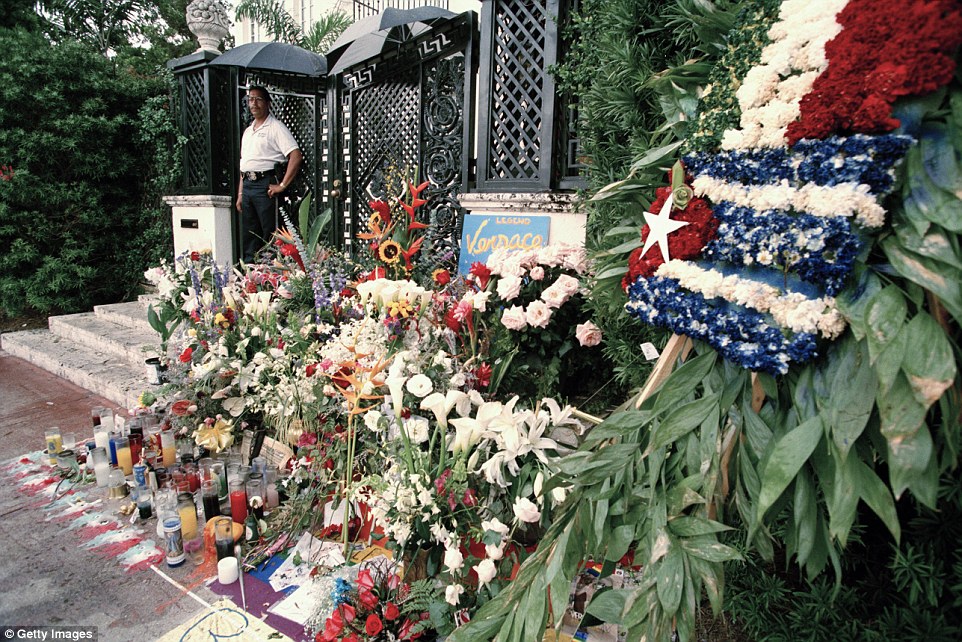 Paying tribute: The fashion legend was shot twice and killed on the steps of his Miami mansion 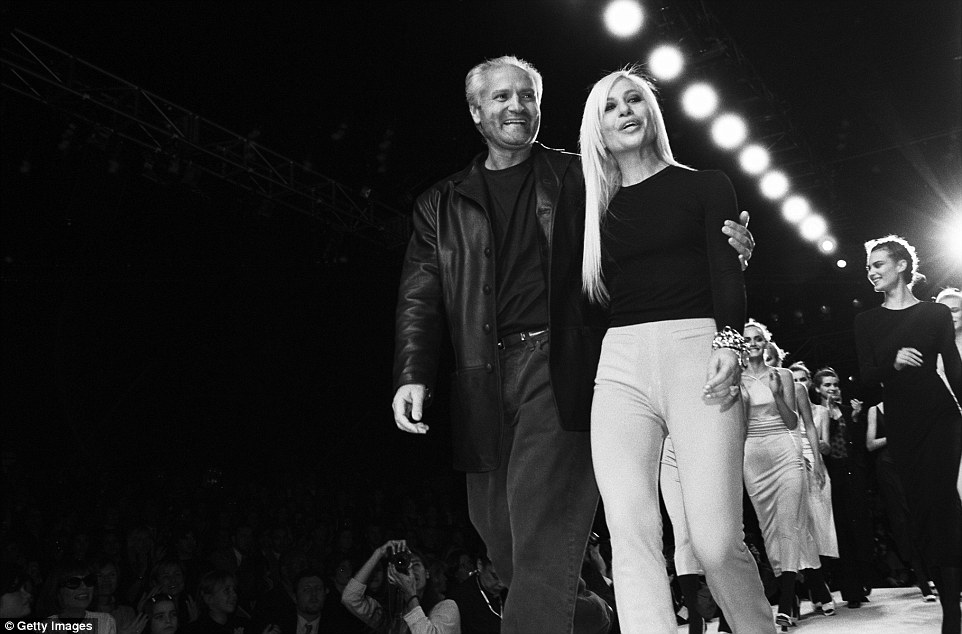 The family name: Gianni’s sister Donatella Versace has condemned the FX show and the book on which it is based

The current season of American Crime Story examines Cunanan’s killing spree as well as aspects of Gianni’s personal life and time in the spotlight.  The show stars Édgar Ramírez as the designer and Darren Criss as his crazed murderer.

The FX series has been condemned by members of Gianni’s family in the month since it debuted, including the designer’s sister Donatella.

In an interview with Italian daily la Repubblica earlier this month, Donatella claimed that the book the series is based on, Maureen Orth’s Vulgar Favors, is riddled with unconfirmed rumors and inaccuracies.

‘I haven’t seen (the series) nor will I see it, because after all this time it still hurts to see Gianni represented untruthfully,’ Donatella told the paper.