A German supermarket chain set to aggressively compete with Australian stores has made the shock decision to pull out of the country, leaving more than 200 local employees in limbo.

Kaufland, which is owned by the world’s fourth largest retailer, was expected to prompt price competition between nation-wide industry leaders Coles and Woolworths, which have the monopoly on consumer choice.

But on Wednesday Kaufland announced it would be undertaking an ‘orderly withdrawal’ from Australia to focus on growth in Europe.

Kaufland, which is the fourth largest retainer in the world, was expected to prompt price competition between nation-wide industry leaders Coles and Woolworths

The German supermarket giant was expected to create 2,400 jobs with the launch of nine new stores in Victoria and Queensland this year.

Frank Schumann, acting CEO of Kaufland International, apologised to employees for the ‘disruption this decision will cause’.

‘This was not an easy decision for us. We always felt welcome in Australia,’ he said, according to Brisbane Times.

‘In Europe, we see a great deal of growth potential. We will actively shape the consolidation of the European retail sector, thus further reinforcing our leading position.’

Prior to the announcement, retail experts predicted the chain would undercut Coles and Woolworths by five to 15 per cent. 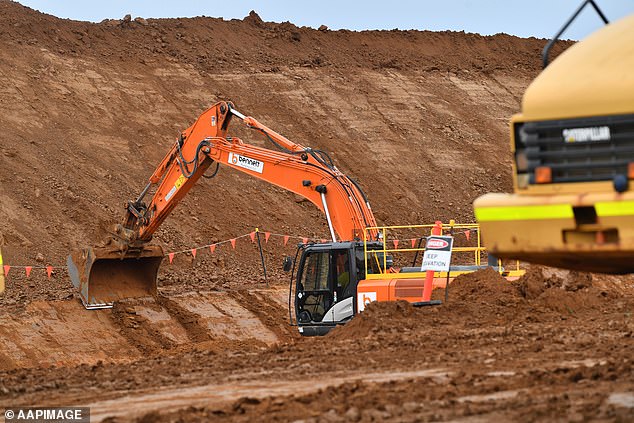 The Kaufland building site at Prospect in Adelaide, Wednesday, September 4, 2019

‘I don’t think Kaufland will enter the market quietly, they will be very aggressive because price cuts is their game,’ he said.

‘It’s hard to predict how Coles and Woolies will react but Australian consumers certainly stand to benefit from the increased competition’.

Kaufland was expected to be a cross between a supermarket and stores such as Target and Kmart, selling groceries as well as hardware such as toys, bikes, sports equipment, electronics and household goods.

The decision to leave Australia comes after the launch of Kaufland’s $255million distribution centre in Mickleham, in Melbourne’s north, last June. 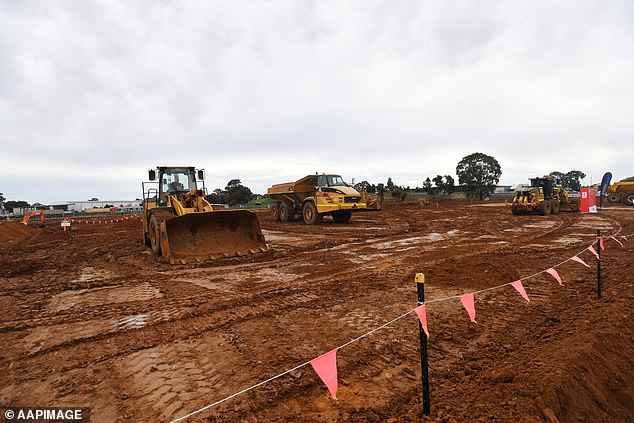 The German business also celebrated the launch of a $24million South Australian store in September which was set to create 150 jobs.

Kaufland said its investments would be ‘discussed with the relevant parties in coming days’.

The chain’s decision to leave the country could prompt concerns over the state of Australian retail after more than 20 major business went into administration within in the last year.