By Colin Fernandez Environment Editor For The Daily Mail

It can certainly lay claim to being the coolest exhibit at this year’s Chelsea Flower Show.

But this bizarre 15-ton ice cube is a far cry from the beautiful gardens and plants the event is known for.

The Plantman’s Ice Garden – which will be 3m (10ft) wide and tall – will melt during the five-day show to highlight global warming.

It is one of several centrepieces accepted for this year’s event with a strong element of social commentary behind the creation.

Designer John Warland said it will ‘raise awareness of the scale of permafrost loss in the Arctic regions’.

Bizarre and beautiful: John Warland’s 15 ton ice cube promises to be one of the star exhibits at this year’s Chelsea Flower Show 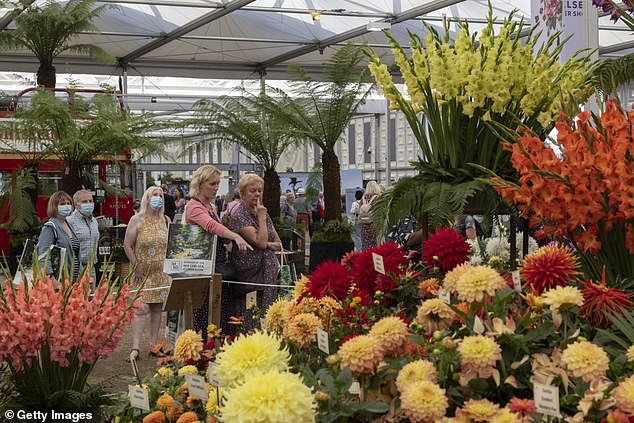 The Chelsea Flower Show 2022 runs from Tuesday, May 24, until Saturday, May 28. The eagerly awaited event was held in autumn last year, while 2020’s event was digital-only due to Covid

He added: ‘There aren’t huge populations in the Arctic and it doesn’t hit a lot of headlines at the moment.’

Mr Warland said the Arctic continues to warm at two to three times the global rate, with all summer ice expected to disappear by 2042.

Another garden grappling with contemporary themes will be a ‘brownfield’ garden highlighting plants that can grow on the polluted earth of former industrial sites.

And a rewilding garden will bring attention to the positive effects of reintroducing wild animals to rural landscapes.

The flower show will open on Tuesday, May 24.

Mr Warland said his display was inspired by the discovery of 32,000 year old seeds of a plant called Silene stenophylla – popularly known as narrow leafed campion – were found in melting permafrost in the Arctic. They were successfully grown by Russian scientists when defrosted. 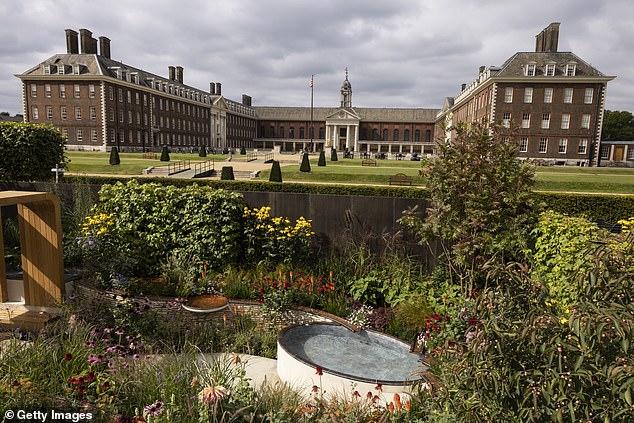 Mr Warland said: ‘It’s an installation to raise awareness of the scale of permafrost loss in the Arctic regions which will have this huge carbon release.

He is currently creating the ice block at an industrial premises in Wimbledon – a slow process, which requires constant agitation to keep the ice clear.

At the centre of the ice block are Silene seeds, as well as a Doomsday Clock which ‘slowly ticks away as a reminder of the perils that must be addressed if humanity is to secure its survival on Earth.’