They just got engaged last week in Paris.

And on Tuesday night, Nats Getty and Gigi Gorgeous made their red carpet debut as an affianced couple at the LA premiere for the film Love, Simon.

The androgynous model and leather jacket designer, 25, who is an heiress of the Getty oil billions, and the Canadian transgender YouTuber put on a loved up show for the cameras.

The outfit was cinched at the waist with an elasticated black belt with statement gold buckle.

She flashed some cleavage in the low-cut jumpsuit and added peep toe heels with platform soles.

Gigi left her long platinum blonde hair loose and styled in relaxed curls, and was made up with pink eye liner, black mascara and bubblegum pink lip color.

Blonde bombshell: YouTuber and transgender model Gigi, 25, flashed her new diamond sparkler as she posed for photos in a cleavage-baring jumpsuit and towering black heels 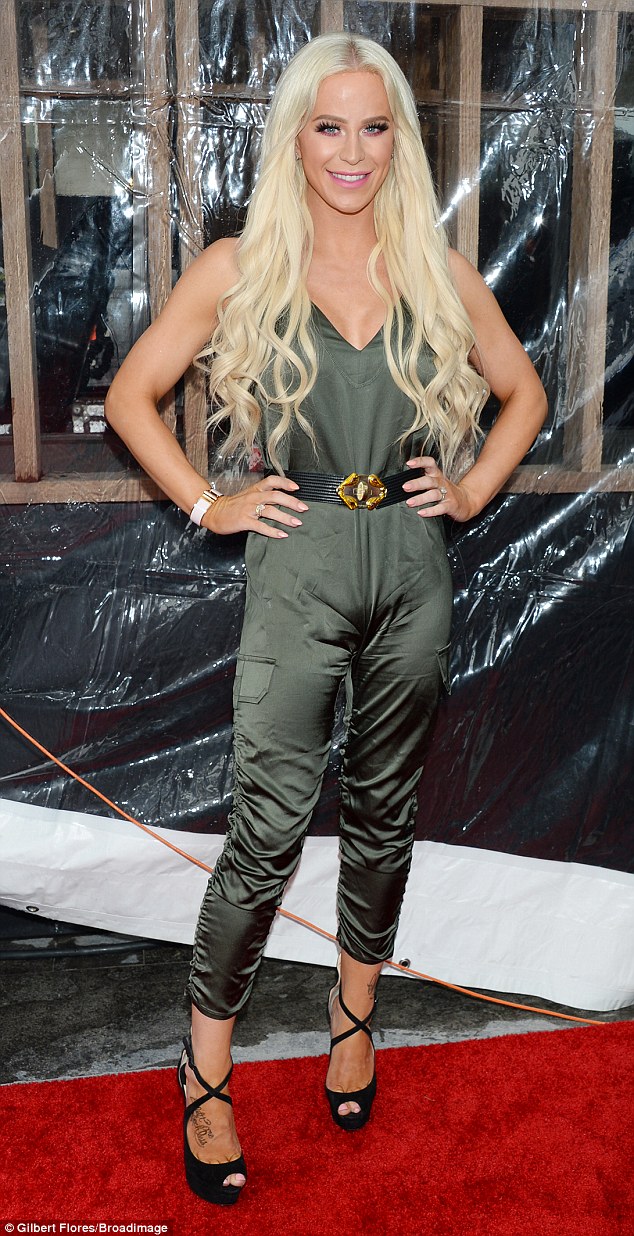 Nats, 25, was more casually attired wearing a black hoodie pulled up over her short blonde hair.

She had on a patterned blue jean jacket and black sweatpants with light gray sneakers.

She rocked red-framed sunglasses and appeared to be makeup-free. 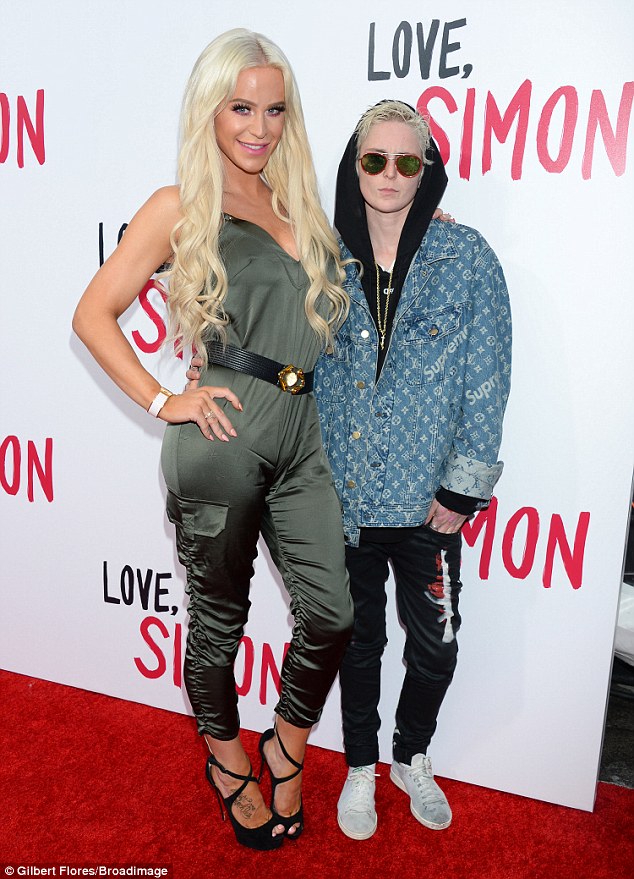 No expense spared: Nats, who’s an heiress to the Getty oil billions, popped the question to her girlfriend of two years at a chateau outside Paris last week in an opulent proposal

Nats hired an opulent chateau in the French countryside outside Paris as the venue for her lavish proposal to Gigi.

The pair flew by helicopter to the venue where Nats popped the question with a stunning diamond ring.

They were then treated to a huge fireworks display before drinking champagne with their friends who were invited to share in their special moment.

The proceedings were all caught on video and posted to YouTube.

The couple first started dating back in February 2016, and after a brief breakup, have been together ever since. 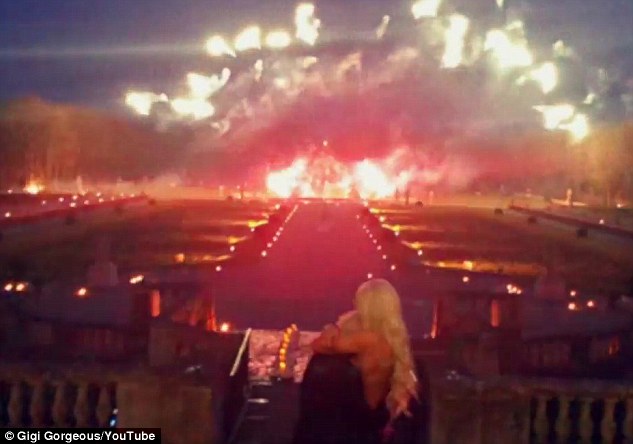 Celebration: The couple flew by helicopter from Paris to the chateau where they enjoyed a huge fireworks display after Nats went down on one knee 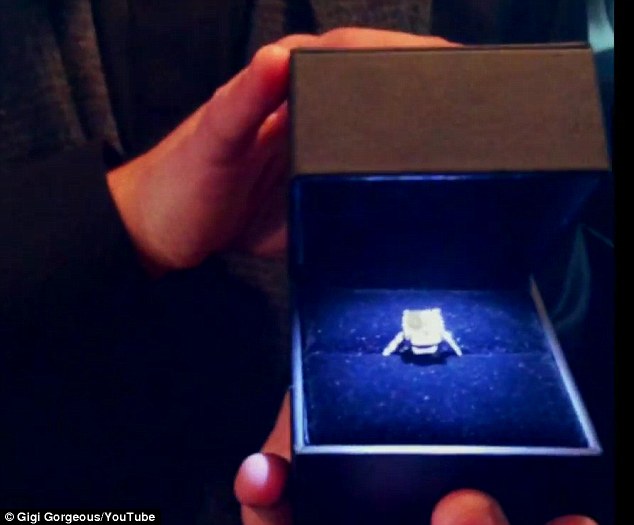 Sparkler! The occasion was documented on video  and Nats showed off the huge diamond ring she planned to present to GIgi 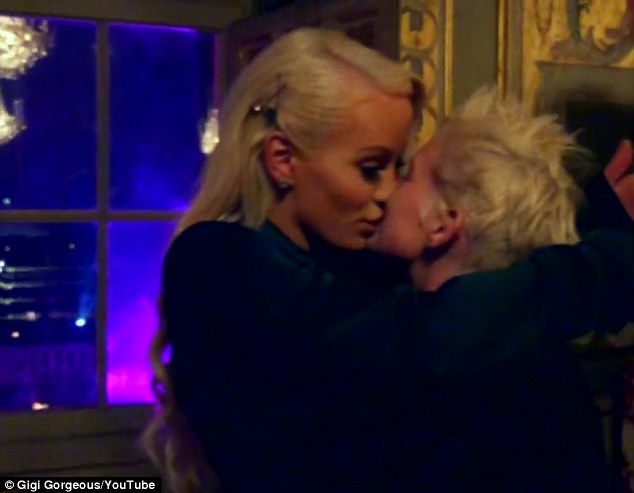 Love birds: Gigi said ‘I do’ and the couple shared an embrace before toasting their engagement with champagne

Gigi and Nats were joined at the screening by some of the film’s stars including Josh Duhamel, Nick Robinson and Katherine Langford.

Love, Simon is a romantic comedy that stars Robinson as a high schooler who has kept the fact he is gay a secret and is forced to face up to coming out to his family, classmates and friends.

Robinson, 22, posed for photos on the red carpet with co-star Langford, 21.

The Australian actress, whose best known for her role in 13 Reasons Why, wore a strapless black dress with separate voluminous sleeves.

She wore her long brunette hair in a chunky braid worn to the side over one shoulder.

Robinson opted for a shades of brown ensemble of trousers and patterned collared shirt and leather jacket. 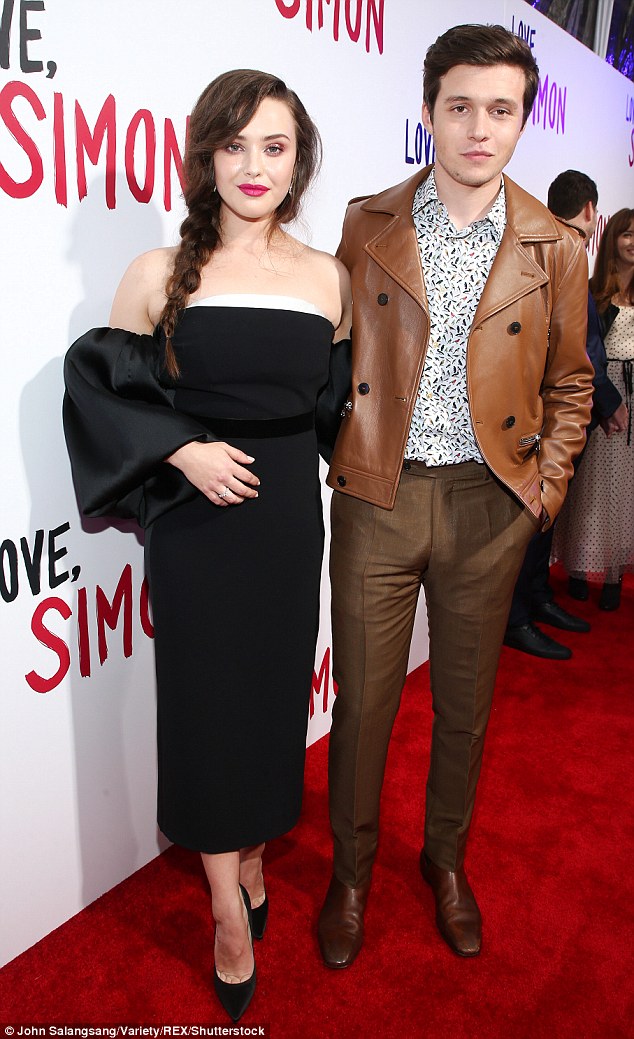 New movie: Nick Robinson, 22, and Katherine Langford, 21, star in Love, Simon, about a high schooler who has to face up to coming out as gay to his family and friends 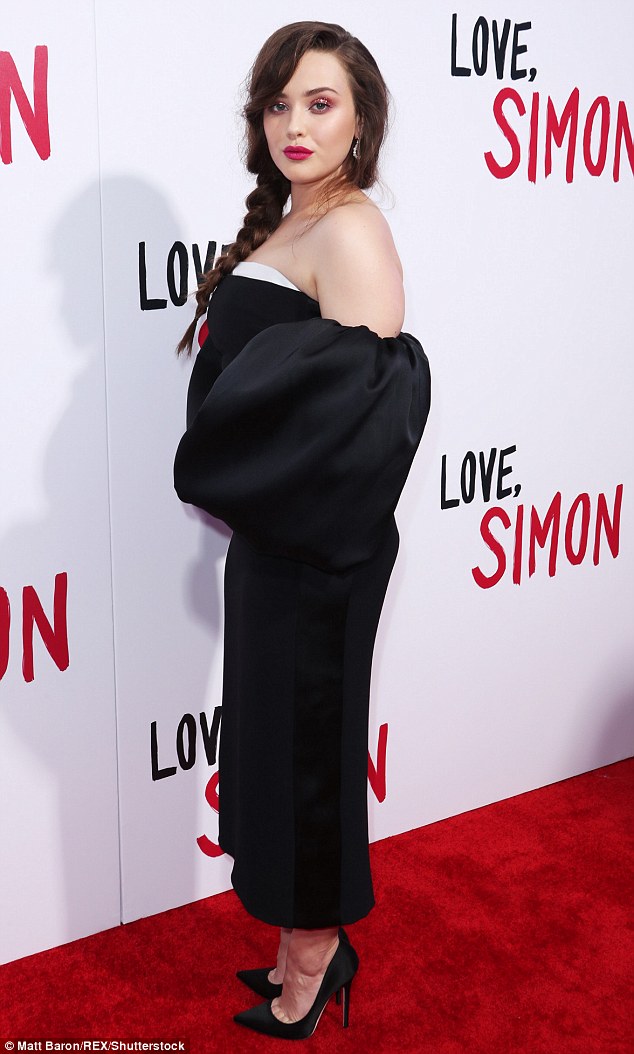 Stylish: Australian actress Langford had on a strapless black dress with separate voluminous sleeves. She wore her long brunette hair in a chunky braid worn to the side over one shoulder 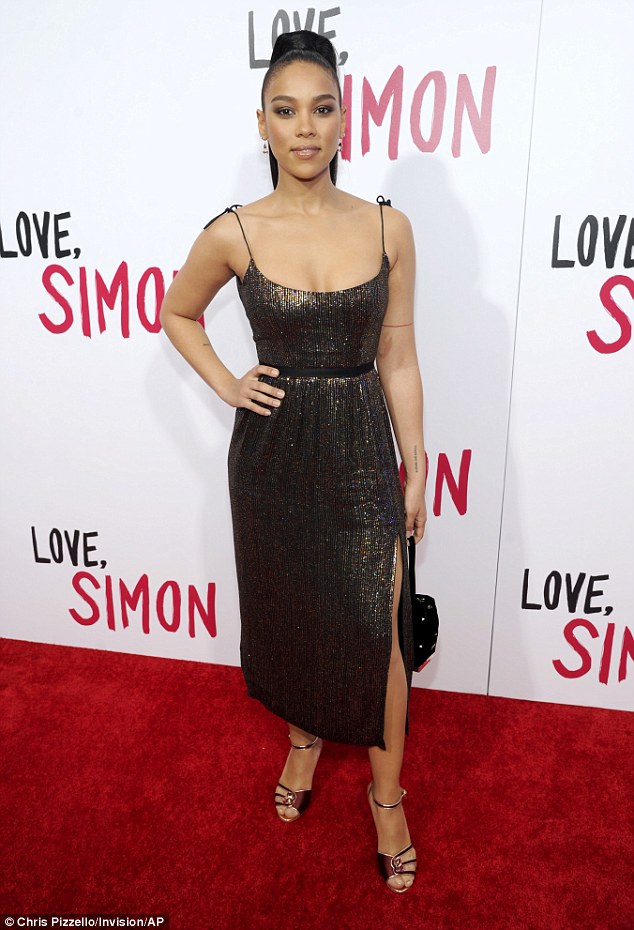 Dared to bare: Castmember Alexandra Shipp walked the red carpet in a a low-cut shimmery dress with spaghetti straps and a side slit and shiny sandal heels

The calf-length number featured a side slit and was cinched at the waist with a black band.

She wore her hair on a long pony tail and added shiny sandal heels.

His short hair was gelled up on top and he sported a salt-and-pepper goatee.

Other castmembers Natasha Rothwell and Talitha Bateman also showed up to support their movie as well as celebrity guests Matt Bomer and Billie Lee. 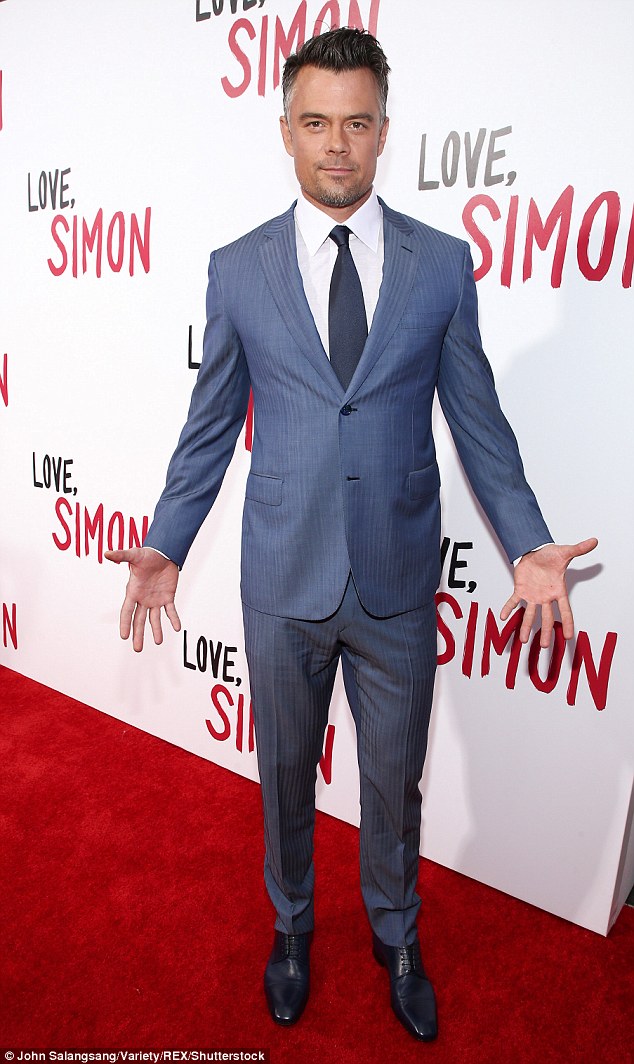 Big night: Also showing up for the special screening were castmembers Natasha Rothwell, 37, left, in a yellow gown, and 16-year-old Talitha Bateman, right, in a leopard print mini dress 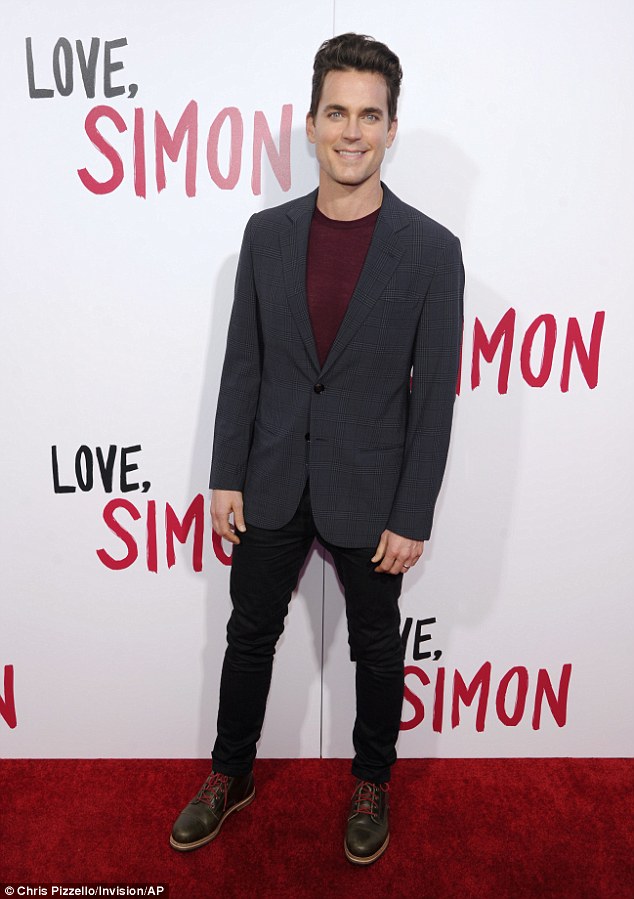 Night out: American Horror Story and Last Tycoon star Matt Bomer, 40, was on the VIP guest list looking dapper in a tailored jacket over a red top and skinny black pants 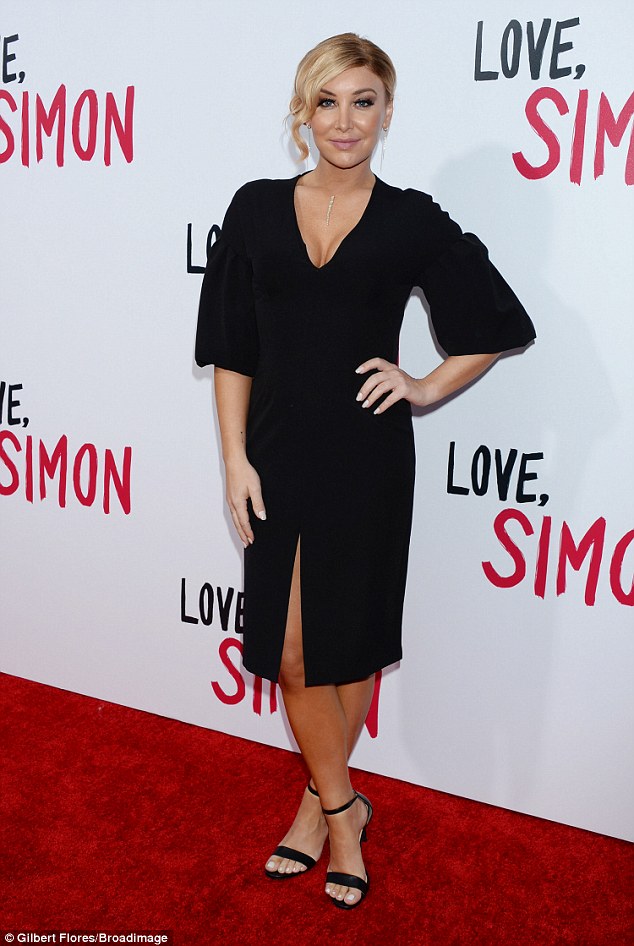