Gigi Hadid put her model figure on display on Sunday as she spent a day out on a sleek yacht in Miami.

The 23-year-old runway star enjoyed a post-Thanksgiving getaway with some friends while reclining in the sunshine and showing off her slender physique.

Gigi sported a maroon bikini and covered her long blonde tresses with a white cap.

Sunny days: Gigi Hadid kicks back on a yacht in Miami on Sunday with pals 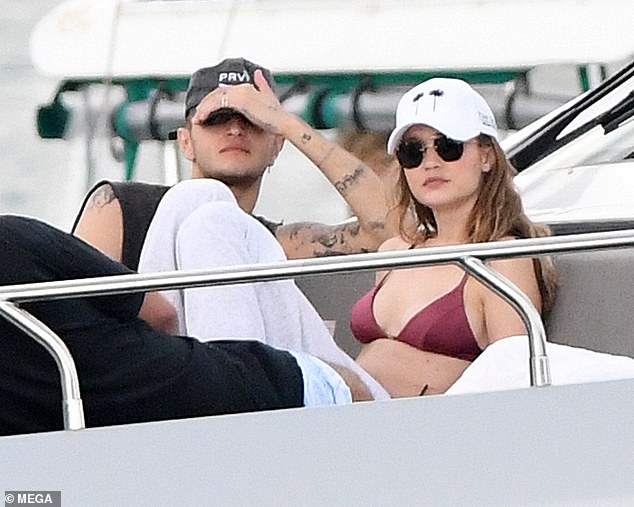 Model duo: The 23-year-old was accompanied by brother Anwar

With her on the cruise included brother Anwar, 19, as well as pals including the artist Austyn, Farryn Truen, Leah McCarthy, Tyler Jove, Jamie Zuckerman, and Jacob Reyf.

During the day the model siblings shared clips of themselves as they dived off the boat into the water.

Missing from the fun outing was Gigi’s boyfriend of four years – former 1D boybander Zayn Malik – whom she briefly split from back in March.

Meanwhile Gigi, who walked the Victoria’s Secret Fashion Show in New York earlier this month, has opened up about her work ethic.

The daughter of former model Yolanda Hadid and property developer Mohamed Hadid has blasted critics of her success, insisting she’s earned her right to be regarded highly because she’s never taken her privileged upbringing for granted, and nor did her mom and dad. 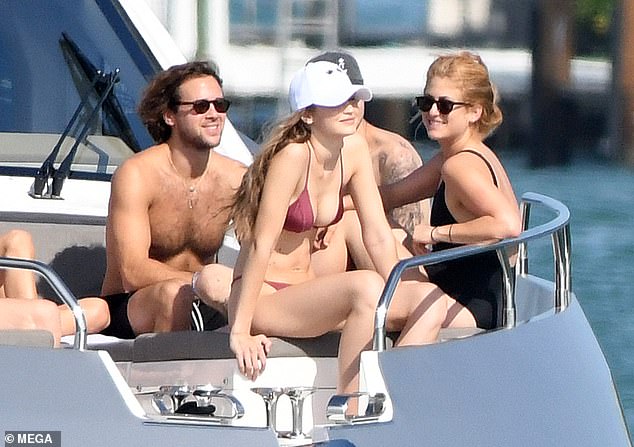 All aboard: The daughter of Yolanda Hadid and Mohamed Hadid appeared to be checking out the view 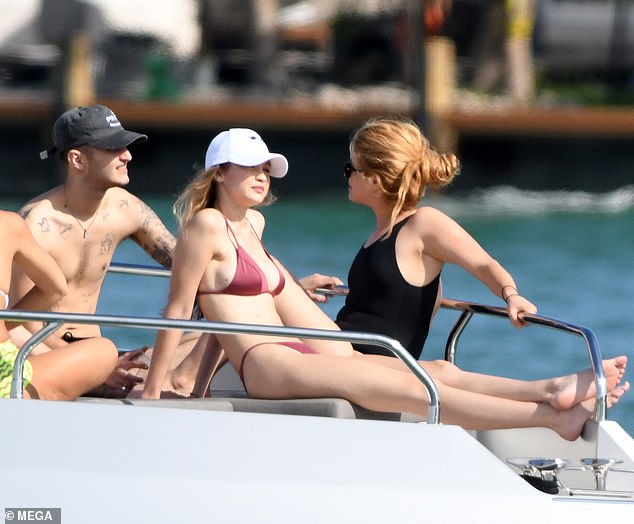 Runway star: Gigi looked stunning in a stylish maroon bikini as she reclined on the deck of the boat 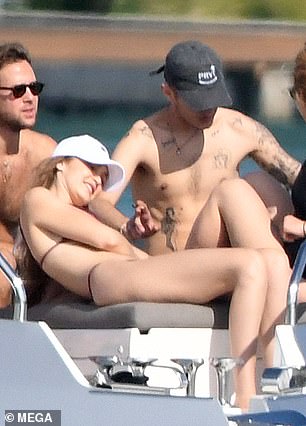 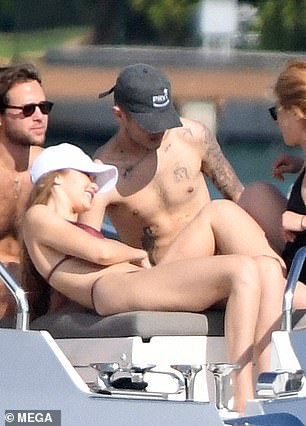 Speaking at Reebok’s #BeMoreHuman campaign launch in Sydney, she said: ‘People think that I don’t deserve to be where I am because I come from a successful family, but my parents were f***ing hardworking.

‘My Dad was a refugee, my Mum was on a farm, went to New York, sending money to her family – they worked their asses off and they gave me a life because of their hard work, and I work hard to honour that.’

The blonde beauty went on to discuss the criticism she received following her Vogue Arabia cover and confessed her boyfriend Zayn Malik had faced similar criticism so the pair have bonded over the public’s need to label them. 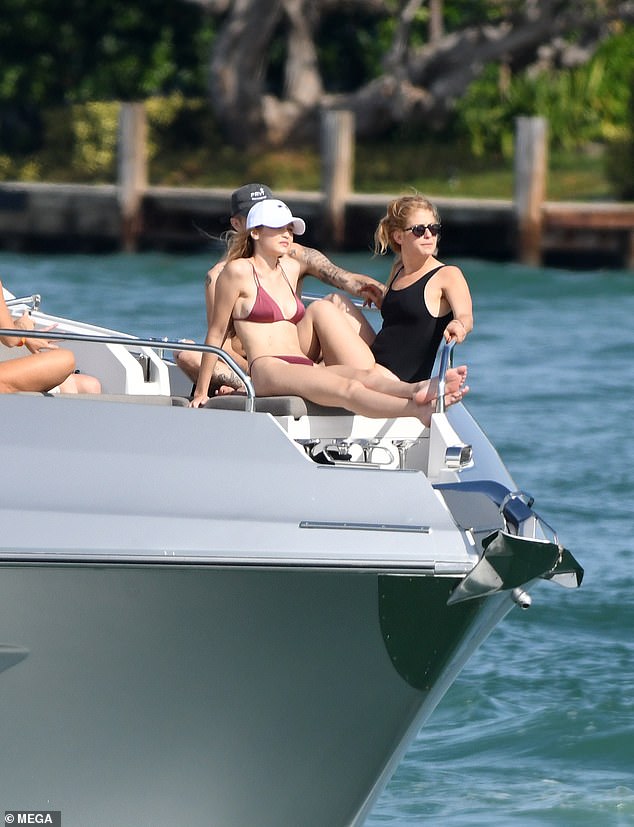 Front and center: The Los Angeles born star looked very much at home on the bow of the boat 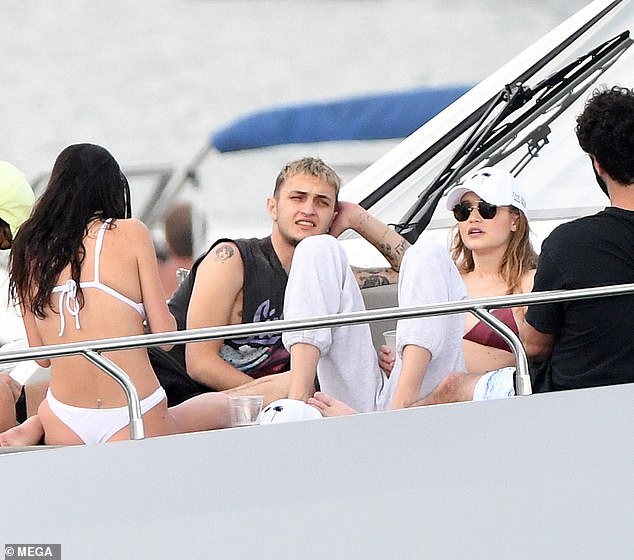 Sunny getaway: Gigi and Anwar headed to Miami after spending Thanksgiving with family 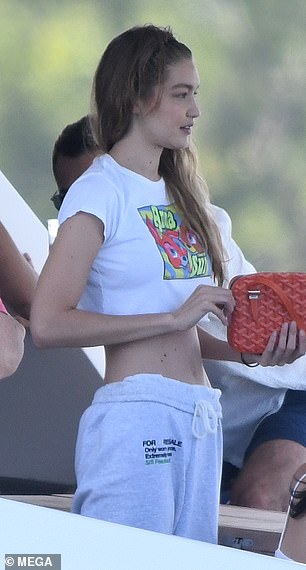 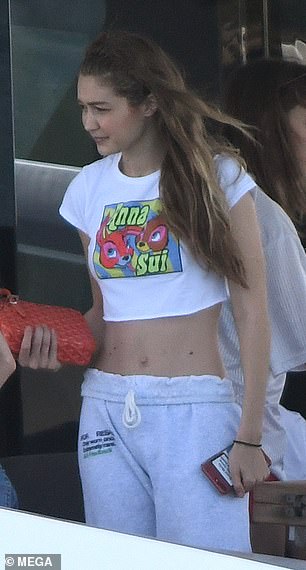 Casual cutie: The 5ft 10in beauty was earlier spotted in a cropped Anna Sui T-shirt and some grey jogging pants 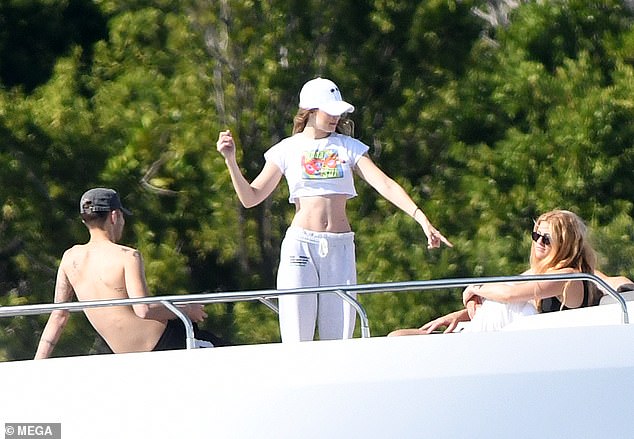 Flashing the flesh: The sister of Bella Hadid showed off her toned tummy in the tiny top 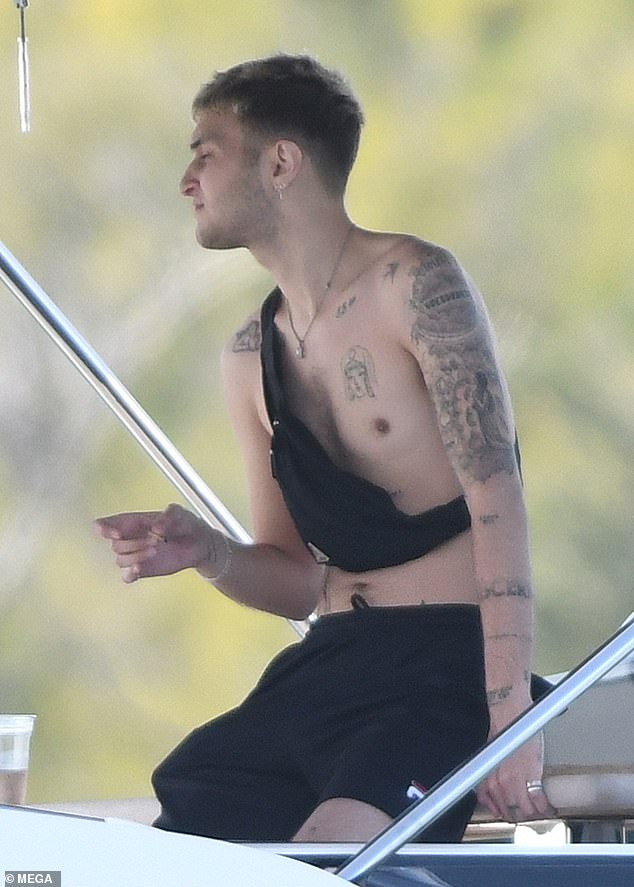 Inked up: Anwar showed off his numerous tattoos as he chilled out in some black shorts

She explained: ‘I’m not, not Palestinian enough to be on the cover of Vogue Arabia, I’m not too pretty to study criminal psychology or to be a great volleyball player or great boxer, and f**k you if you think that because these are all things that made me feel!

‘I talk about this with my boyfriend too – he’s half Pakistani and half English and there’s always this thing I feel like when you’re mixed race or when you come from two different worlds and you get to see how both sides treat each other and you kind of feel like the bridge of those two sides. 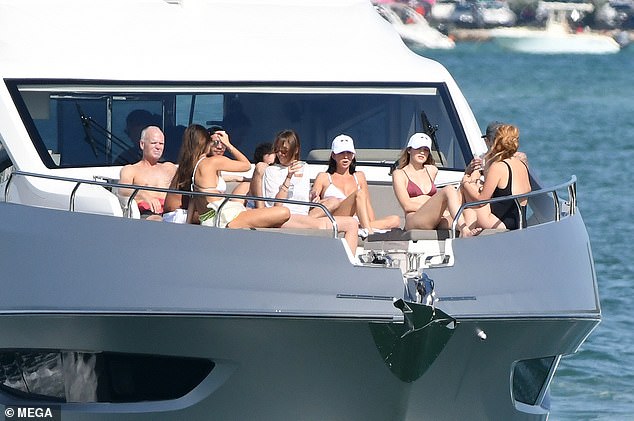 Time apart: Not seen with Gigi on Sunday was her boyfriend Zayn Malik 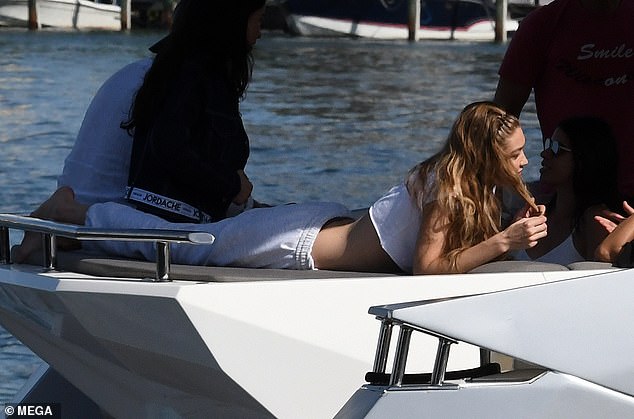 Off-duty beauty: Gigi looked totally relaxed as she chatted with her friends

Plunge: The 23-year-old IMG Model – who boasts 59M social media followers – Insta-storied a clip of herself leaping off the luxury vessel while clad in a maroon bikini