Gigi Hadid has covered countless international issues of Vogue magazine over the years, but the model has revealed that her very first appearance in the French version of the publication happened by accident — when she was just five years old.

The 22-year-old daughter of reality star and former model Yolanda Hadid took to Twitter on Thursday to ask her 6.9 million followers to help her find an image of herself photobombing a Vogue Paris shoot that appeared in the magazine sometime during the early 2000s.

‘SOS! Looking for that photo of me when I’m really young (5 maybe?) when I got caught in a French vogue photo shoot .. any1 have it?’ she tweeted.

‘SOS’: Gigi Hadid, 22, took to Twitter on Thursday to ask her 6.9 million followers to help her find an image of herself photobombing a Vogue Paris shoot when she was five years old 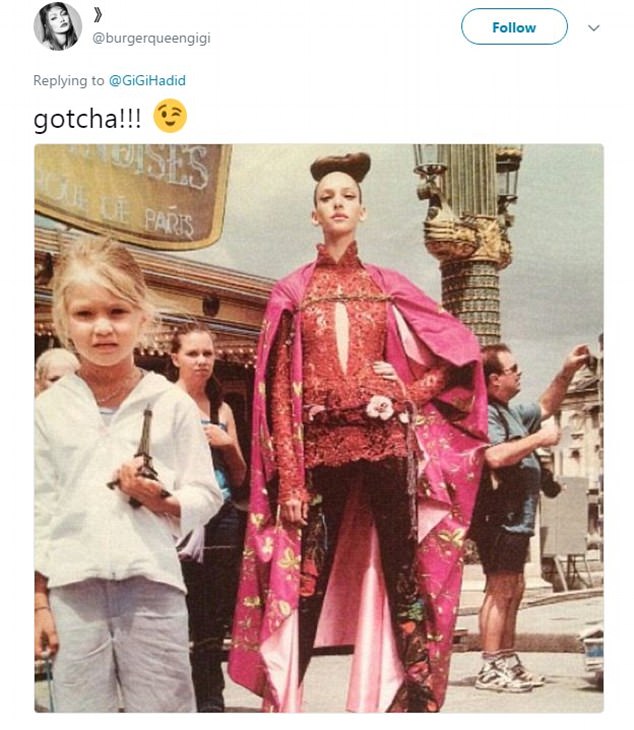 Now that’s a throwback! Fans were quick to share the image, which sees little Gigi clutching an Eiffel Tower souvenir while cluelessly standing in front of a Vogue model

‘Girl you’re fast’: One person commented on how quick the Twitter user @burgerqueengigi was to post the photo the model was looking for 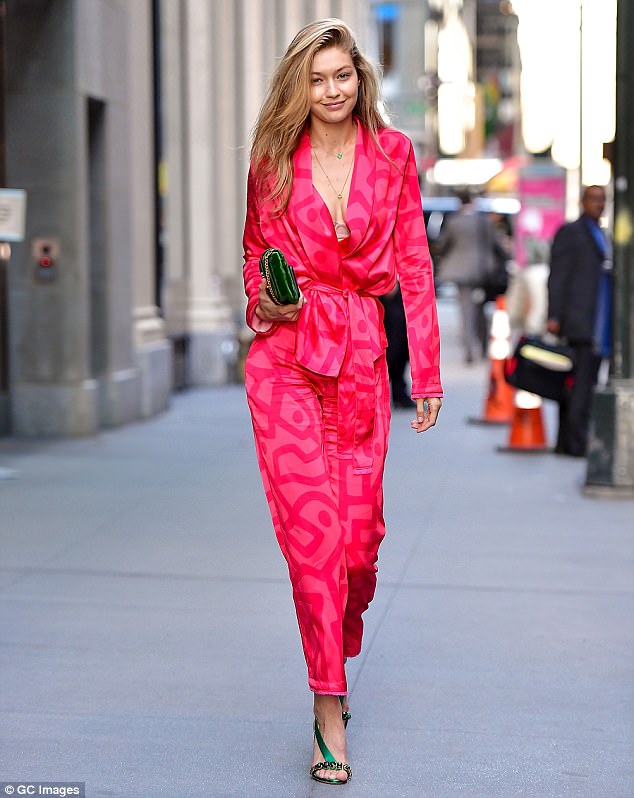 Amazing: Seventeen years after that photo was taken, Gigi is now one of the most famous models in the world

The editorial image sees little Gigi standing in front of model who is posing with her hand on her hip to show off the kimono-inspired cape, red lace top and embroidered pants she was wearing.

The shoot took place in the middle of a crowded tourist area in Paris, and Gigi look adorably clueless to what is going on around her as she stand in front of the model, holding a mini Eiffel Tower souvenir. 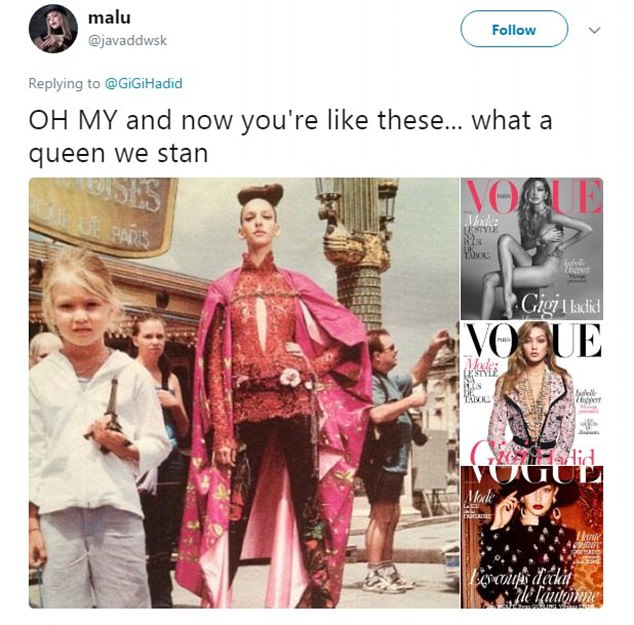 Then and now: The Twitter user known as @javaddwsk shared the image along with three of Gigi’s Vogue Paris covers – two of which appeared on the same issue 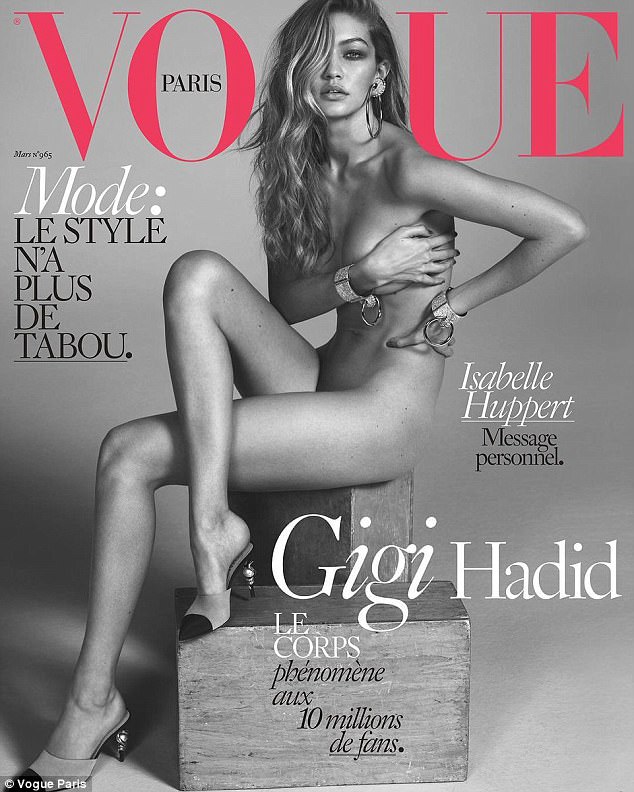 Sixteen years later! Gigi stripped down to nothing for her first Vogue Paris cover, appearing naked on the March 2016 issue 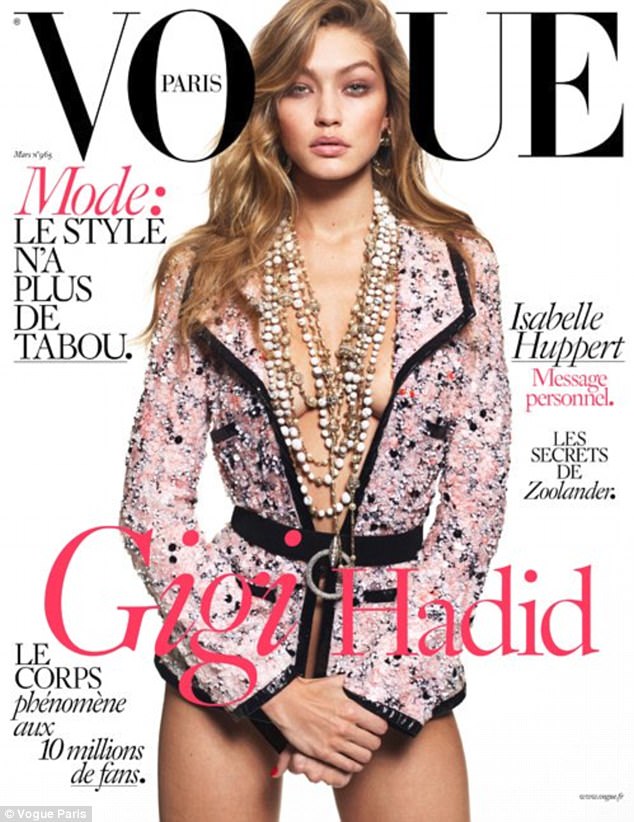 Covering up: The blonde beauty also donned a bedazzled  jacket for that issue’s alternative cover 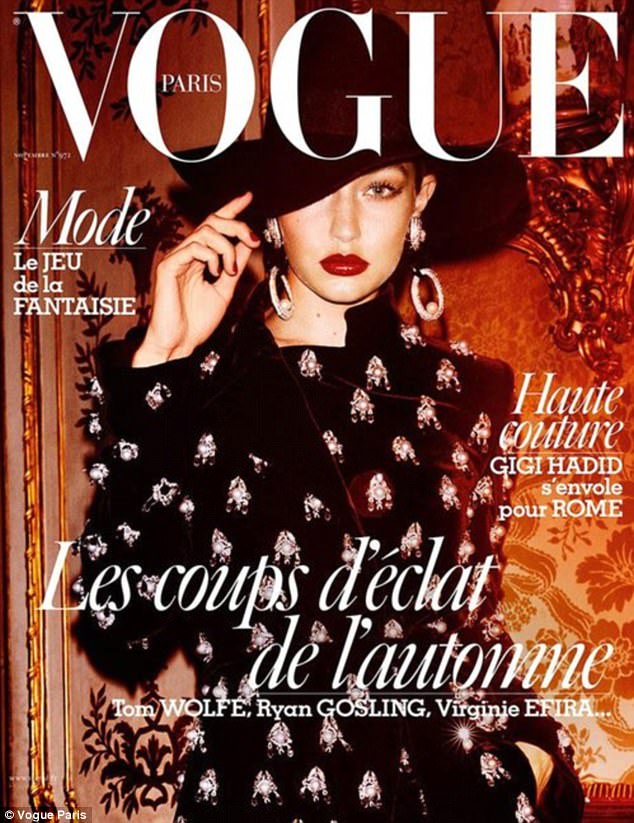 Back at it: Gigi covered Vogue Paris for the second time for the magazine’s November 2016 issue

Five-year-old Gigi has her blond hair pulled back in a windblown ponytail, and she is wearing a white long-sleeve top and matching pants featuring laser cutouts at the hem.

In addition to her Eiffel Tower souvenir, Gigi appears to be holding a camera.

Another Twitter user known as @javaddwsk shared the image along with three of Gigi’s Vogue Paris covers.

‘OH MY and now you’re like these… what a queen we stan,’ the person tweeted. 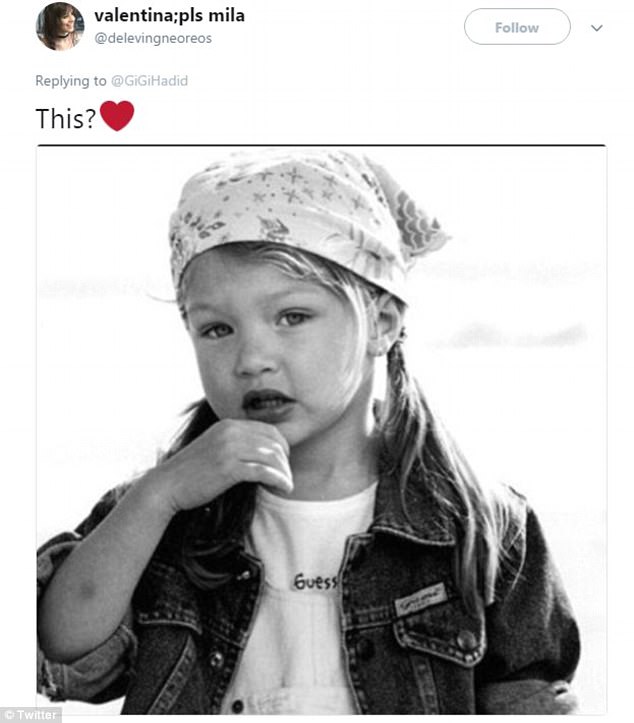 Too cute: Some people replied to Gigi’s initial request by sharing photos of her as Guess model 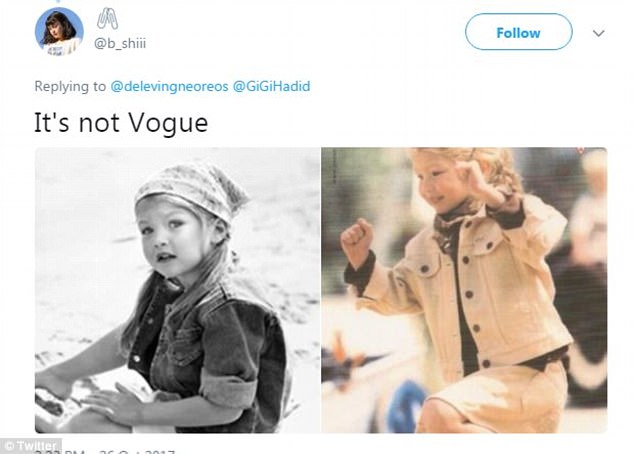 Not quite right: This Twitter user knew these snapshots of Gigi weren’t but Vogue, but she shared anyway 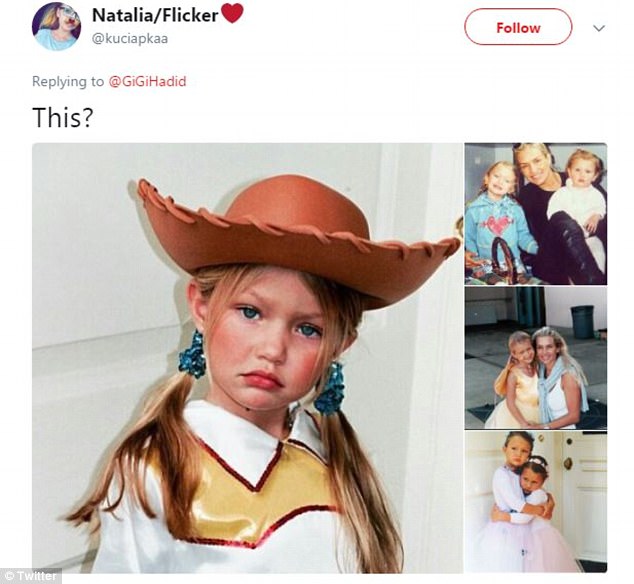 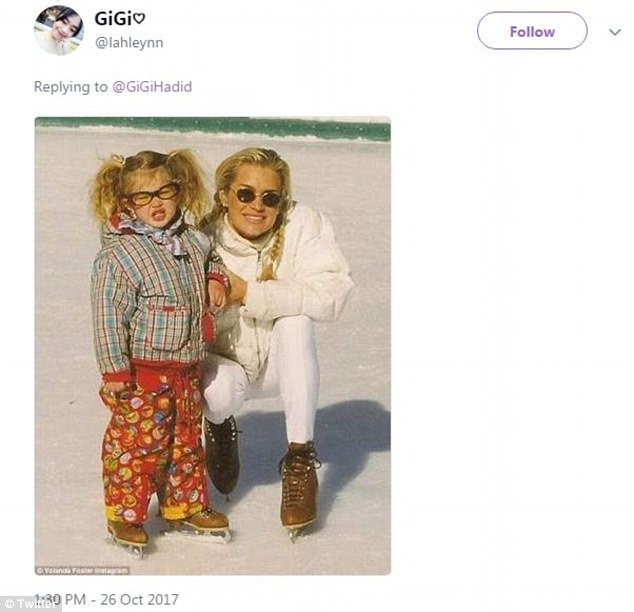 Back in the day: One particularly humorous throwback photo sees Gigi wearing glasses a mix-matched snowsuit

‘U da best!’ Gigi clearly appreciated their help, and she returned to her post to thank her fans

Plenty of people clamored to help the runway queen; however, only a few people were able to immediately find what she was looking for.

Some people shared snapshots of Gigi modeling for Guess as a child, while others posted some other pretty great shots of her as a kid.

Gigi clearly appreciated their help, and she returned to her post to show her fans how grateful she is.