Gina Rinehart must face three of her children in court to settle £2.6billion trust fund war

Australia’s richest woman to appear in court over control of £2.6bn family trust in legal battle with three of her children

Australia’s richest woman, Gina Rinehart, lost a court bid on Wednesday to throw out a lawsuit brought by three of her children over control of a £2.6billion family trust.

Justice Paul Brereton of the New South Wales Supreme Court ruled that the case should go to a full trial at a date yet to be determined.

Rinehart’s three eldest children are seeking to remove her as the sole trustee of the pool that holds an almost one-quarter share in Hancock Prospecting Pty Ltd, one of the world’s largest privately-owned mining companies.

Court case: Gina Rinehart attempt to get the case thrown out has failed

The case has captured public attention in Australia as it reveals details of the private life of Rinehart, the only child of Lang Hancock – a household name in the country – after being credited with discovering the world’s largest deposit of iron ore in Pilbara, Western Australia.

Rinehart had tried unsuccessfully to have the hearings held behind closed doors after her three elder children – Hope Rinehart Welker, Bianca Rinehart and John Hancock – accused her of serious misconduct in her role as trustee.

In return, family emails made public as part of the case showed Rinehart describing the three as lazy and spoilt. Rinehart’s youngest child, daughter Ginia, has sided with her mother in the dispute.

The elder trio argued Rinehart was unfit to be trustee after she extended the trust’s vesting date to 2068, well into their 80s and 90s, claiming they would face ‘catastrophic financial consequences’ from tax dues if she did not.

After the lawsuit was launched last September, Rinehart changed her mind and vested the trust in April, meaning she gave up some of her discretionary powers. 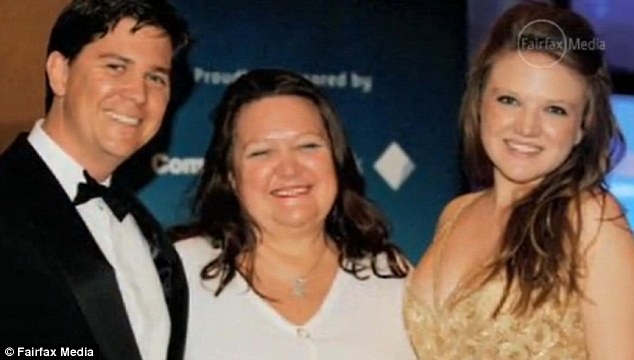 Support: Gina Rinehart (centre) has been backed by Ginia (right) in her battle against the other children 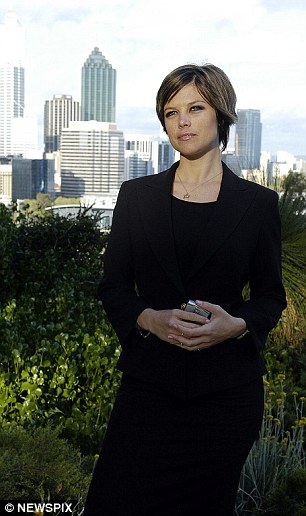 ‘Lazy and spoilt’: Bianca Rinehart is one of the children fighting to remove Gina as the trustee

She argued that meant the case should be thrown out, claiming the children’s case was frivolous and an abuse of process given they could now call on their share at any time.

But the judge ruled that she was still in control of the trust, holding the shares as trustee and having powers including the ability to distribute its income and to sell property and reinvest the proceeds.

Brereton said it was possible that Rinehart, who has a long history of fighting bitter battles through the courts, could ‘seek to extract some concession or benefit’ if the children sought to take their shares.

Brereton noted that to throw out the case he would have to find its prospects ‘hopeless’ or ‘doomed to fail.’

The children do not want the trust funds paid out, but want their mother replaced as the trustee.

It is not clear what impact, if any, the removal of Rinehart as trustee would have on Hancock Prospecting and its iron ore, coal and media empire.

Shares in the company can only be held by Rinehart and her direct descendants and cannot be pledged as collateral.

The judge also allowed the three elder children to enter amendments to the original lawsuit to bring in actions by their mother since the case was filed in September last year.

However, he denied a bid by the children to seek compensation on the grounds Rinehart’s decision to vest the trust exposed them to tax risks, saying such a claim was ‘vexatious and embarrassing.’

Brereton will hear arguments on costs on November 7. No date was set for the full trial.

That decision left Wright Prospecting with 50 percent of the Rhodes iron ore asset and joint venture partner Rio Tinto with the other half.