Girl, 10, dies from the plague as cases confirmed in six Colorado counties

Girl, 10, dies from the plague as cases are confirmed in six Colorado counties

Colorado health authorities are investigating after a 10-year-old girl died from the plague this month, the first fatality from the insect-borne disease in the state since 2015.

The plague, caused by bacteria often spread by fleas, has been confirmed in six counties: San Miguel, El Paso, La Plata, Boulder, Huerfano and Adams, according to the Colorado Department of Public Health.

The girl lived in La Plata County in the southwestern part of the state.

‘We are so sad for the loss of this young Coloradan and our deepest condolences go to the family,’ said state veterinarian Dr. Jennifer House in a statement published by the Associated Press.

The bacteria that causes the plague, Yersinia pestis, is usually carried by fleas 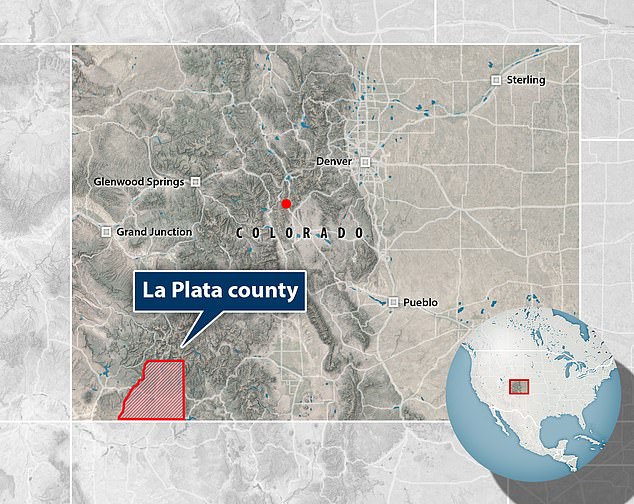 What is the plague and how do you get it?

The plague, infamous for killing millions in Europe during the Middle Ages, is caused by the bacterium Yersinia pestis.

Humans usually get the plague after being bitten by a flea carrying the plague bacterium, or by handling an animal infected with plague.

The most common symptom is the rapid development of a swollen and painful lymph gland called a bubo, though flu-like symptoms such as fever, headache, chills, weakness are also common

It is treatable with commonly available antibiotics, though medical intervention is encouraged early for the best chance at a full recovery.

In Colorado, cases usually shoot up in the summer.

‘Public Health is doing an epidemiological investigation and wants Coloradans to know that while this disease is very rare, it does occur sometimes, and to seek medical care if you have symptoms.’

Nine of them were in La Plata County.

In 2015, four people died of the plague nationwide, including two from Colorado: an adult in Pueblo County and a teenager in Larimer County, according to Colorado Public Radio.

Antibiotics are highly effective against the disease, but they should be administered within 24 hours of the first symptoms because infection can cause ‘serious illness or death,’ according to Denver Public Health.

Most symptoms are similar to those of the flu. They include fever, chills, headache, weakness and coughing.

Infection often leads to tender or swollen lymph nodes and discoloration of the skin.

Those living in the western U.S., including Colorado, are at the greatest risk of catching it, and very sick patients require ‘immediate, intensive care.’

The plague was first introduced to the US in 1900 by rat–infested steamships, mostly from Asia.

The US averages about 7 cases of the plague per year, according to the Centers for Disease Control. The last urban plague epidemic was in Los Angeles from 1924 to 1925. 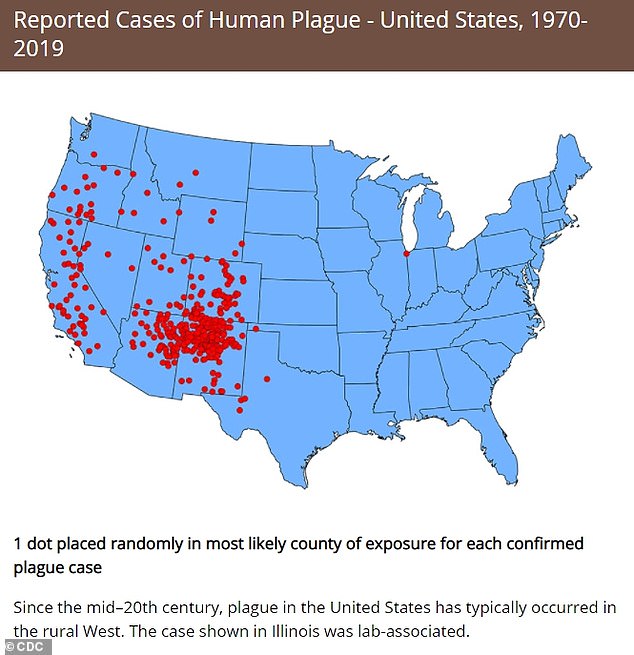 Most plague cases are centered in the country’s southwest, including Colorado

On May 18, DCPHE released a statement urging residents to take precaution after a squirrel was found to be infected in El Paso County.

‘Plague has been present in Colorado since at least the 1940s, and cases in wild rodents in the state are reported most years,’ Dr. House said.

‘While we see most plague activity during the summer, the disease can be found in rodents year-round and sometimes spills over into other wildlife species as well as domestic cats and dogs.’