Girl, 12, dies in a police chase five years after her brother, 18, was killed in a similar pursuit

A 12-year-old girl has been killed in a police chase less than five years after her brother lost his life in eerily similar circumstances.

Meadow James was riding in the front seat of a stolen blue Subaru when it hit a pole and crashed into a roadside ditch in Palmerston North, New Zealand on Monday.

Her older brother, Leif James, was also a passenger in a stolen blue Subaru when it slid out of control and crashed into a ute in north Sydney on October 31, 2013.

Meadow James was tragically killed in a high-speed police chase, less than five years after her brother Leif (pictured) lost his life in eerily similar circumstances 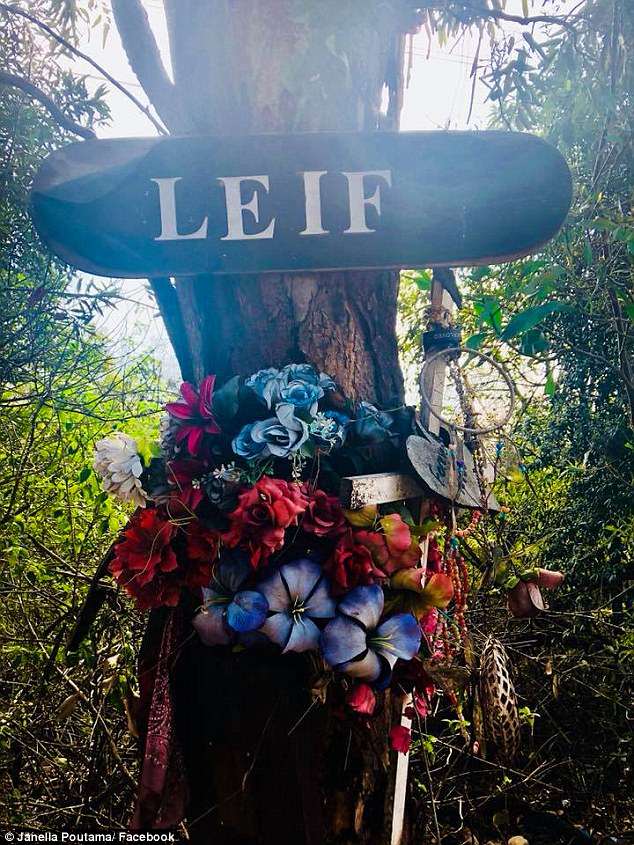 Both siblings were riding as passengers in stolen blue Subarus when the crashes occurred – Meadow’s in Palmerston North on Monday night, and Leif’s in Sydney on October 31 2013

‘They were going very very fast. When the car hit the power pole the power pole actually shot up in the air quite high,’ said eyewitness Dean Sandbrook, who heard the screech of tyres and saw the car fly past in a blue flash.

‘The car ended up in the drain and when the power pole came down, it came down on the car. The wires here were all hanging down… I saw them sparking.’

Police chased the vehicle on Monday after the driver – a 15-year-old boy who was on bail for several previous serious driving offences and had a warrant out for his arrest – failed to stop.

The pursuit reportedly lasted about 90 seconds before the fatal crash, with the driver dying in Palmerston North Hospital shortly thereafter.

Meadow James also lost her life in the accident. 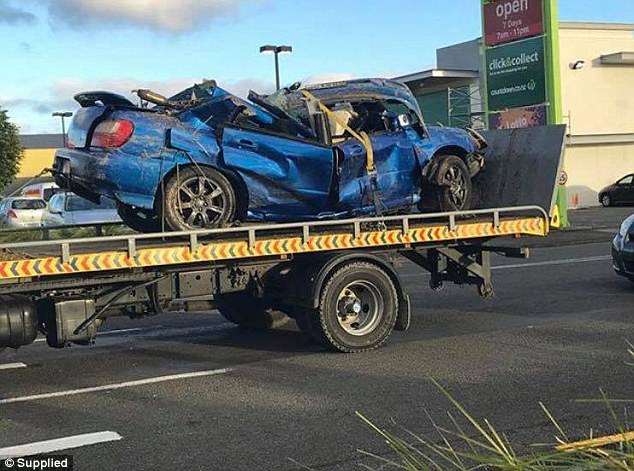 Brother Leif James was 18 years of age when the Subaru he was riding in raced through a red light and was chased by police.

That pursuit lasted 80 seconds before the car – doing 135kmh in an 80kmh zone – lost control and careened into the path of an oncoming vehicle.

He died in hospital from a head injury.

There is no evidence to suggest that Leif – who was living with his mother and step dad in Queensland at the time of the incident – knew the car was stolen.

Friends and family have taken to social media to send out tributes to Meadow – among them, a post from sister Peysha.

A second passenger – 15-year-old girl – was sitting in the backseat of the vehicle at the time of Monday’s accident.

She remains in Palmerston North Hospital in a stable condition.