Girl, 13, banned from playing Joy to the World for a piano assignment gets the OK after legal threat

A 13-year-old girl was barred from playing ‘Joy to the World’ for a piano assignment by her California charter school, which then reversed its decision under the threat of legal action.

The change of mind came after Brooklyn Benzel’s mom went back and forth emailing with the South Sutter Charter School in Placerville about the classic holiday song, and then threatened to sue.

The school first rejected the song last Thursday because of its lyrics, even though the piano-playing 8th grader wasn’t going to sing them. 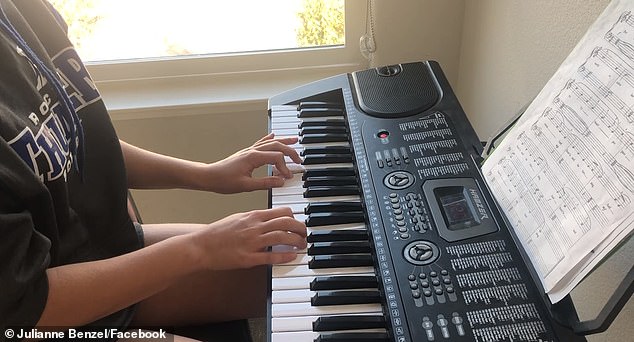 ‘Tell me if this ‘offends anyone due to its religious implications’ ?!?’ said her mother Julianne of the 48 second video after she was told by the South Sutter Charter School the song was not appropriate for her daughter’s piano assignment because it was considered ‘religious’ 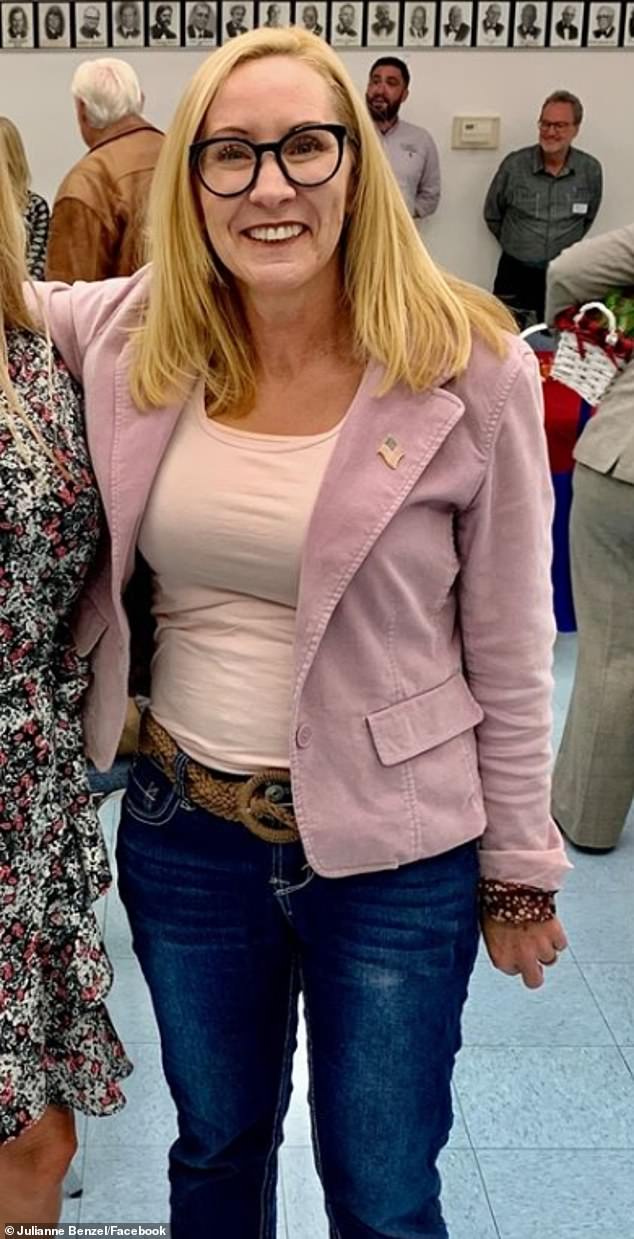 The South Sutter Charter School reversed its decision, allowing Brooklyn to submit ‘Joy to the World’ for a piano assignment after her mom Julianne threatened legal action. Julianne (pictured) also is running for president and Congress

Even after it was clarified that Brooklyn wasn’t going to be singing, the school argued in more emails the song was considered ‘religious’ because it includes the words ‘savior’ and ‘heaven’ and was typically played at Christmas time to celebrate the birth of Jesus Christ’.

Brooklyn’s mom Julianne posted her exchange with the school on Facebook on Sunday, and by Tuesday the ban was lifted after a threat of legal action came, FOX News reports.

‘You would think homeschooling would be the safest arena for conservatives,’ Benzel told FOX. ‘We are tired and extremely weary of our Christian faith being attacked in this country’.

South Sutter backed down after Benzel threatened to sue with help from the Pacific Justice Institute, a non-profit legal defense organization which is already suing the school in a similar case alleging religious discrimination against a piano teacher, reports FOX.

The mother did not immediately respond when DailyMail.com reached out.

Matthew B. McReynolds, an attorney for the Pacific Justice Institute, confirmed the organization had contacted the school’s general counsel on the mom’s behalf about sending a ‘demand letter’.

The school says the matter over Brooklyn’s submission was a ‘misunderstanding’.

‘School leadership reviewed the assignment that same day and determined it was an acceptable work sample’, a spokeswoman said in a statement sent to DailyMail.com.

The mother, who’s also entered bids to run for president and more recently Congress, and who has butted heads with a high school where she works because she proposed a pro-life march when students were allowed to protest gun control in 2018, had signaled she would not stand down over Joy to the World.

‘Brooklyn’s piano sample for the semester ‘Joy to the World’ has been rejected as ‘too religious’. You think we’re going to relent even one bit?!? You know we’ll take it as far as necessary. Stay tuned… #FirstAmendment #CA04 #Benzel2020′, she wrote in her Facebook post late Sunday afternoon.

The post includes part of an email exchange where an unnamed school official justifies why the song was inappropriate.

‘My guess (regarding justification) is that there are words in the lyrics that can be considered religious such as ‘savior’, and ‘heaven’. It is widely considered as a Christian hymn and is typically played/sung at Christmas time to celebrate the birth of Jesus Christ,’ the official writes. 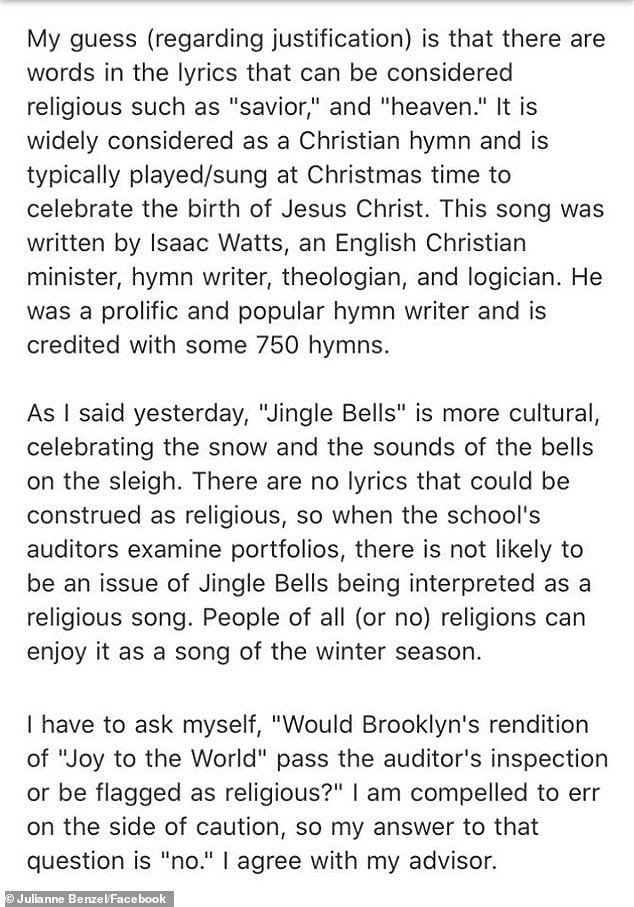 The email notes that the song was written by Isaac Watts, an ‘English Christian minister, hymn writer, theologian, and logician, who was a prolific and popular hymn writer and is credited with some 750 hymns’.

The official suggests using ‘Jingle Bells’ instead’, because it is ‘more cultural, celebrating the snow and sounds of the bells on the sleigh. There are no lyrics that can be construed as religious, so when the school’s auditors examine portfolios, there is not likely to be an issue of Jingle Bells being interpreted as a religious song’.

‘People of all (or no) religions can enjoy it as a song of the winter season’, the official adds.

‘Would Brooklyn’s rendition of ‘Joy to the World’ pass the auditor’s inspection or be flagged as religious’? wrote the official. ‘I am compelled to err on the side of caution, so my answer…is no’.

The mother later on Sunday posted a video of Brooklyn playing the piano sample she submitted on an electronic keyboard.

‘Tell me if this ‘offends anyone due to its religious implications’ ?!?’ she said of the 48 second video.

The school responded Tuesday with a complete reversal after the legal threat.

‘Now that we can see that this was a nonsectarian assignment that Brooklyn chose to play ‘Joy to the World’ for, we are happy to accept it and add it to her portfolio’, the official wrote.

Brooklyn also will be playing the song at a retirement home for a Christmas concert in December. She chose the song because it’s one of her favorite songs during Christmastime, FOX News reports.