Girl, 16, suffers horrific burns to her face after her father sets her on fire in Ukraine

Girl, 16, suffers horrific burns to her face when her father sets her on fire as she steps in to stop him beating up her mother in Ukraine

A teenage girl suffered horrific burns to her face when her father doused her in petrol and set her on fire after she stopped him beating her mother in Ukraine.

Anna Krytska, 16, grabbed her father’s arm after he came home drunk and tried to hit his wife Natalia, and shouted at him: ‘You are not going to hurt her any more!’

Her furious 38-year-old father, who has not been named, doused his daughter’s face in petrol and then set it alight before callously sneering: ‘May this bitch burn, I don’t care.’

Anna’s brother heard her screams and bundled her out into the snow as the flames engulfed their home.

Anna Krytska, 16, recovering in hospital after she was doused in petrol and set alight by her father when she tried to stop him beating up her mother 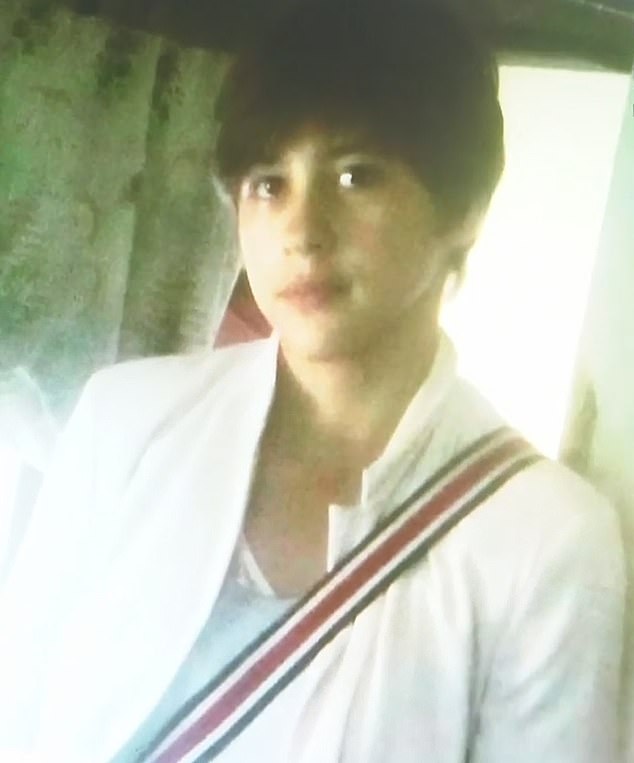 She was rushed to hospital and treated for severe burns in an intensive care unit, but it is feared she will be scarred for life after the horrific attack in the city of Chernivtsi, in the west of the country.

Her mother Natalia sobbed as she described the attack to a local TV news outlet.

She said: ‘He was going to beat me up but Anna grabbed his arm and shouted, “You are not going to hurt her anymore!”

‘He pushed her aside and ran out of the house.

‘We thought he went for a walk to let off steam but several seconds later he returned.’ 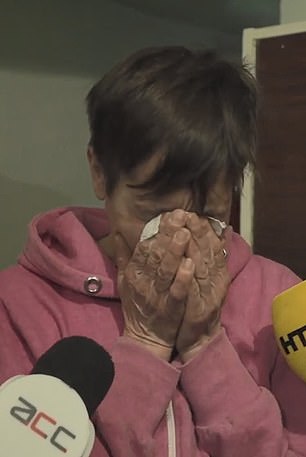 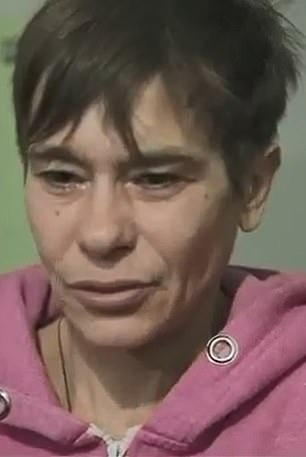 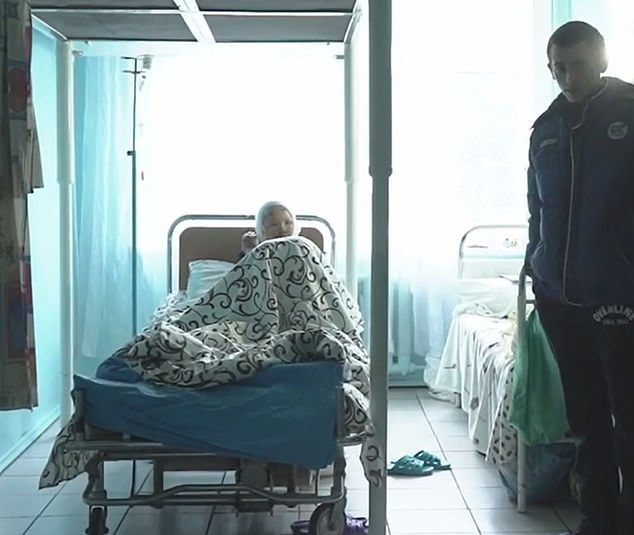 Natalia said her husband doused the whole room with petrol before throwing it in Anna’s face and then on to the burning hot stove.

Natalia said: ‘The petrol exploded when it touched the stove and the fire immediately spread to Anna and the room.

‘Her face was engulfed with flame. She tried to beat it out with her hands.’

Anna’s elder brother ran in after hearing his sister’s screams and dragged her outside.

The brother said: ‘I dragged her out of the burning house and threw her on the snow. I started covering her with snow to put the fire out.

‘Our father was standing beside and watching. I shouted to him, “Help me!”, and he said “may this bitch burn, I don’t care!”‘

Neighbours called the emergency services but Anna was forced to walk two miles to the ambulance because it couldn’t get down the flooded lane that leads to her house.

She was taken into intensive care and treated for burns to her face, neck, airways and hands.

Igor Semenyuk, the head of the Chernivtsi Emergency Hospital, said: ‘Parts of the damaged tissues should be removed from the girl’s face and hands as burns are too deep and epidermis will not recover.’ 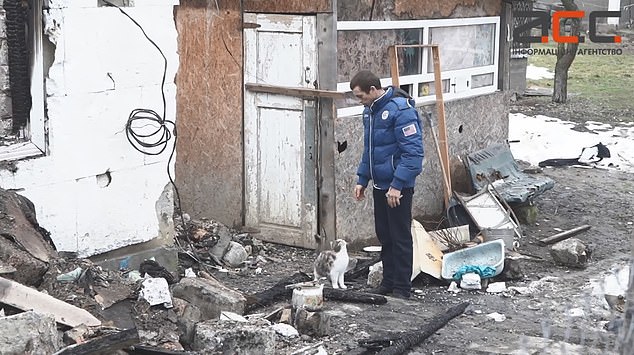 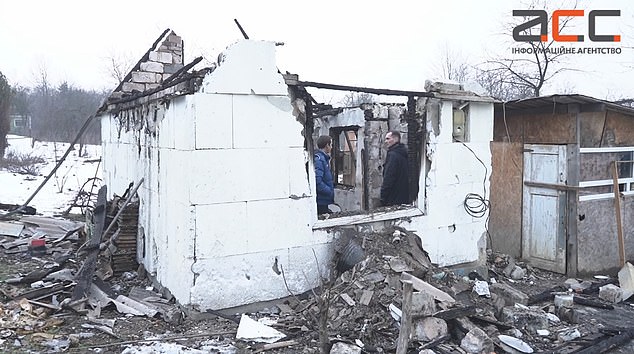 Doctors said she will need several plastic surgery operations to try and repair the damage.

Her heartbroken mother added: ‘I blame myself for what happened. I wish I could trade places with my daughter.’

Local charity and volunteers are helping the family to pay medical bills and collecting funds to buy a new house for them.

Police launched a criminal case for attempted murder against the father, who was arrested and taken into custody.

Police spokesman Demyan Golyanskiy said: ‘The suspect intended to kill all his family in the blaze.

‘He has been charged with attempted murder and placed into custody for a two-month pre-trial period.

‘He faces a life sentence if found guilty.’

Anna is receiving counselling and will be in hospital for at least another month.