Girl, 18, died after her Fiat 500 was steered into oncoming traffic while driving with her boyfriend

An 18-year-old girl driving her boyfriend home died after her Fiat 500 was steered into oncoming traffic, an inquest has concluded.

Jayden Ryder, who was in the car with her partner Ryan Wiffen, died after her vehicle crossed over the central line of the road and crashed into an oncoming Audi A3.

The head on collision took place on the B6287 between Ferryhill and Kirk Merrington in County Durham on the evening of February 2 last year.

Mr Wiffen, who has since been disqualified for dangerous driving in a separate incident, refused to give evidence on the first day of the hearing.

But after seeking legal advice, he cooperated with Assistant Coroner Oliver Longstaff on the final day of the inquest.

After hearing the 20-year-old’s evidence, the coroner said that he did not find his account to be ‘reliable’.

When Mr Wiffen was formally released as a witness at the inquest, a member of Ms Ryder’s family lunged towards him, before being stopped by police.

Crook Coroner’s Court in County Durham heard how on the evening of the incident, Mr Wiffen had been drinking alcohol at his boss’s home before Ms Ryder picked him up in her car.

Mr Wiffen said in a statement to police the pair pulled over briefly and had a conversation about ordering Chinese food.

But data taken from a black box installed in Ms Ryder’s car shows the Fiat pulled over for a period of 38 minutes. 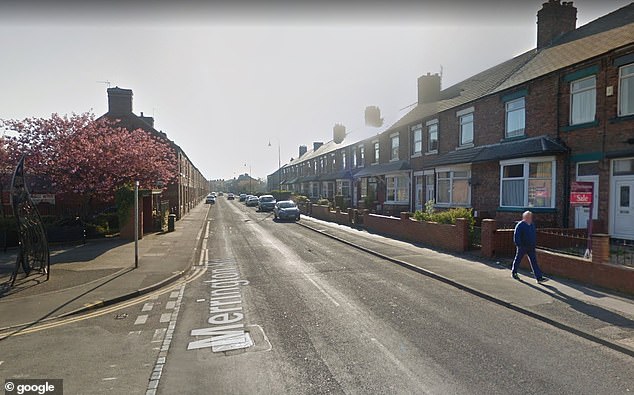 During that time, Mr Wiffen’s mother told police she received a phone call from Ms Ryder, who asked her to tell him to pay back money he owed her.

Messages were also read out in court between the mother and her daughter in which she asked her to ‘sort Ryan’s stuff’ because he was ‘blagging my head’.

When asked if the couple were going to split up that evening, Mr Wiffen said no and that they were ‘always winding each other up’.

He also told police that he had not done anything, deliberate or otherwise, to result in his girlfriend’s death.

Mr Wiffen said: ‘I have done nothing, I don’t think I’m responsible for anything.’

He said he experienced a blackout and could not remember the moments leading up to the crash.

He also said he did not grab the steering wheel.

Mr Wiffen told police he was a careful driver and had never driven Ms Ryder’s car. 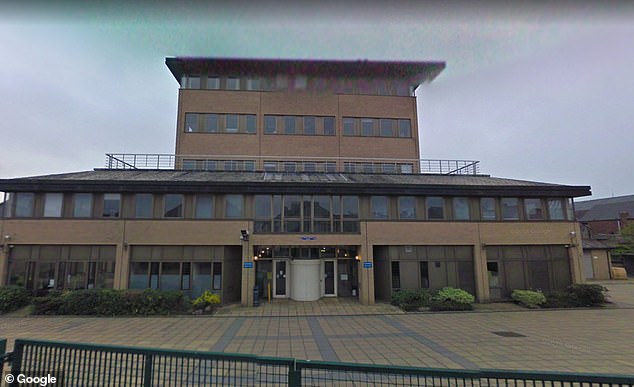 The inquest heard how he has since lost his licence after he was convicted for dangerous driving in January of this year.

Mr Wiffen told police he had experienced two flashbacks from February 2 – the first of glass smashing, air coming into the car and seeing Ms Ryder, and the second of an oncoming car veering into the Fiat.

He told police: ‘We were just going along and then they were coming into us.’

However that was ruled out when PC Robin Turner of Durham Police’s Collision Investigation Unit said the incident could not have taken place anywhere other than on the opposite side of the road, and that the Fiat 500 had veered onto the wrong side of the carriageway.

He said: ‘All I can say is that there’s been a steered input but where it’s come from I can’t say.’

The driver of the oncoming Audi A3 described the Fiat as ‘violently swerving’ into his car.

After Mr Wiffen was released at the inquest, a member of Ms Ryder’s family lunged towards him before he was stopped.

The relative later apologised to the coroner and said his emotions had got the better of him.

Mr Longstaff said all possibilities of why Jayden’s car suddenly swerved remained speculative until proved otherwise and that police reports had stopped short of expressing a conclusion.

He said: ‘In blunt terms, the Fiat was driven into the Audi. There were two occupants, Jayden Ryder and Ryan Wiffen.

‘Mr Wiffen was an unwilling witness in an obviously hostile environment. He came to court refusing to answer any questions.

‘Eventually an account was placed on the record, the transcript of three interviews given to police. That account I do not find to be reliable.

‘His account is not substantiated by the data from the black box, the evidence of mobile phone records or his employer.’

He added that blackouts are not unknown but that Ryan could not have it both ways by claiming he had no memory of the event but also asserting that he did not grab the steering wheel.

Assistant coroner Mr Longstaff returned a narrative verdict, stating that Ms Ryder died after the car she was driving crossed over the central line of the road and into an oncoming Audi A3.

He thanked Durham Police for their efforts, particularly for the ‘painstaking task of putting the cars back together’.

Mr Longstaff also praised the Ryder family and the passenger of the Audi, Peter French, who was seriously injured in the crash.

He added: ‘He is to be praised for his courage in coming to court and for the manner in which he has expressed his concerns.’

In a statement released following Ms Ryder’s death, her family said: ‘It is with deepest regret that we announce the death of our beautiful daughter Jayden Ryder who was involved in a fatal road traffic collision in Ferryhill on Friday, February 2.

‘Jay was a much loved daughter and granddaughter who will be sadly missed by everyone.

‘There is now an empty space in our hearts. Until we see you again, Daddy’s girl, who has turned into God’s special angel.

‘We wish to thank everyone for their support through this sad time.’