A four-year-old girl has been injured after playing with nail varnish supplied as part of a kid’s vanity table, her mother claims.

Little Harley Mae Cook, from Wrekenton, Gateshead, was left bleeding from the nail bed after using the coloured varnish from a My Little Pony vanity table.

After a few days of wearing the beauty product, her mother Nicola Dixon claims her nails were left hanging completely off.

She said Harley was so upset that she could not go to her nursery to play with her friends.

Now Ms Dixon has complained to trading standards officials, who have launched an investigation into what happened.

Nicola Dixon claims that her daughter, Harley Mae, lost some of her fingernails after putting on nail polish from a My Little Pony vanity table bought at Asda 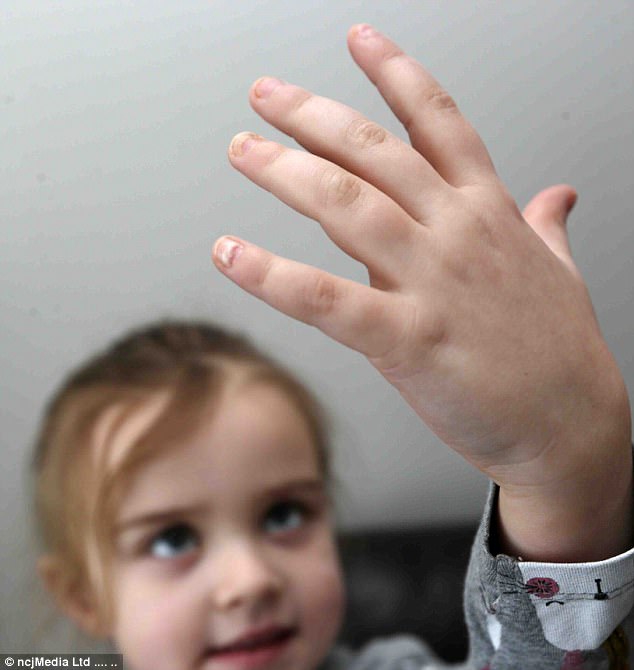 Ms Dixon, from Wrekenton, Gateshead, says her daughter has lost time at nursery because of the injuries and weeks later her nails are still sore

She said: ‘My daughter’s dad bought her a My Little Pony vanity table from Asda at Christmas made by Hasbro.

‘It came with a few accessories like a little battery-operated hair dryer and nail polish of a few colours.

‘She put nail varnish on her nails but after a few days, when it was coming off, it was drying so thick it was pulling the nails off and making them bleed badly.

‘Harley has actually lost time at nursery though this. Even now, weeks later, one of her nails is still hanging off and is quite sore.

‘The nails have been dressed but she is not wanting to change her clothes as it hurts to put her hand in the sleeves.’

Ms Dixon claims the damage to the nails was deep and that the whole nail was affected rather than just the ends. 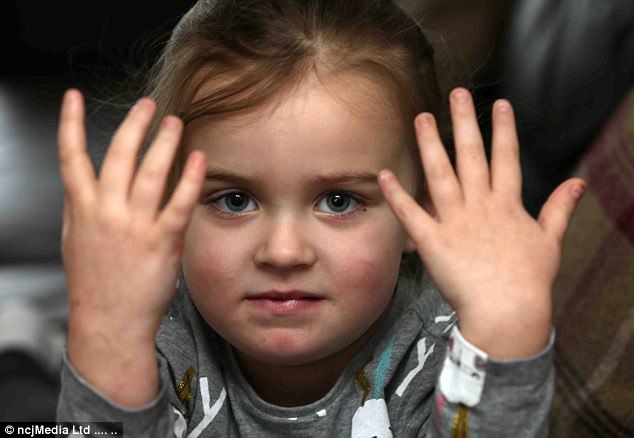 Ms Dixon said the damage to the nails was deep and affected the whole nail. She said: ‘You don’t expect a child to be hurt using a toy’

She said: ‘You don’t expect a child to be hurt using a toy. I emailed Asda’s head office and they sent a £10 gift card which I think is shocking considering the pain she has been in.

‘I have actually gone to trading standards at Gateshead civic centre and they are looking into this.’

A spokesman for Asda said: ‘As it is a Hasbro product it is probably one for them to comment on.’

Gateshead Council confirmed they had received a complaint and had launched an investigation.

A spokesman said: ‘We have been made aware of Mrs Dixon’s complaint about this product and one of our trading standards officers is currently investigating.’ 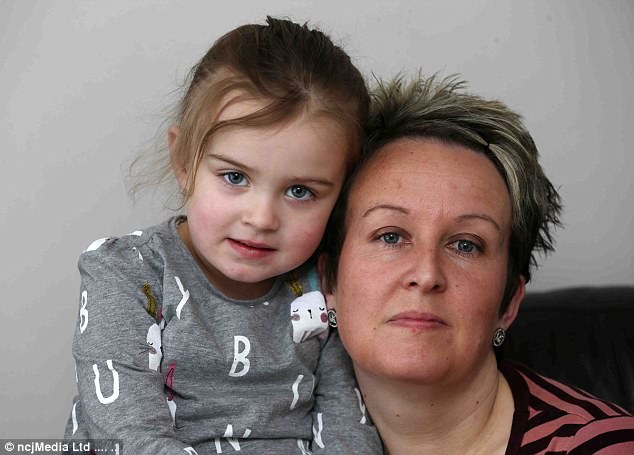 Gateshead Council confirmed they received a complaint and had launched an investigation. Asda’s head office offered her a £10 gift card 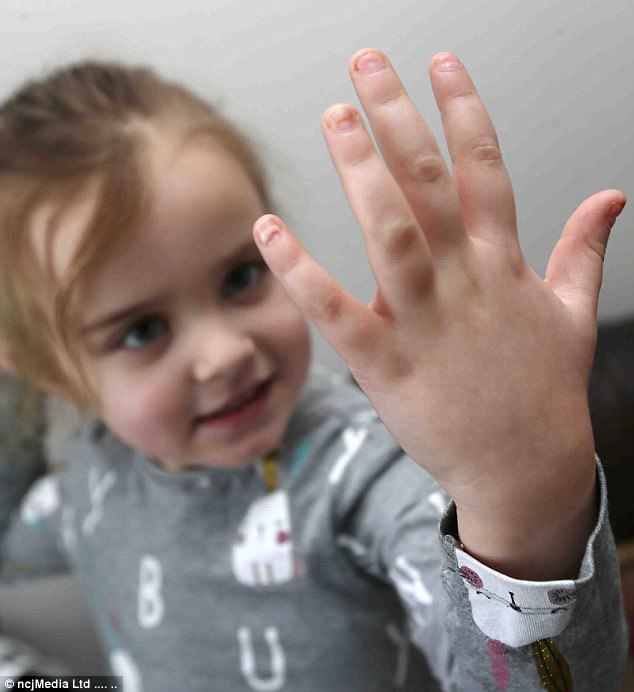 A spokesman for ASDA said: ‘As it is a Hasbro product it is probably one for them to comment on’