The family of a six-year-old girl is hoping to find someone with the exact same heritage as the little girls as she battles two types of rare blood cancer.

Kalea Ramos was diagnosed with two forms of leukemia that leave her in need of a bone marrow transplant.

No one in her family ended up being a match and, because she is of mixed race, donors who be a close enough genetic match for her blood are few and far between.

Now, the Ramos family, from San Diego, California, is desperately searching for that match that could save their daughter’s life. 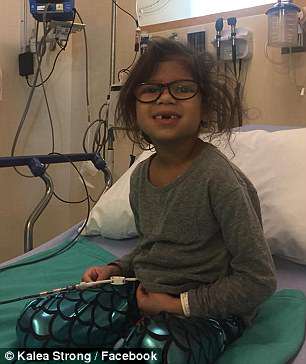 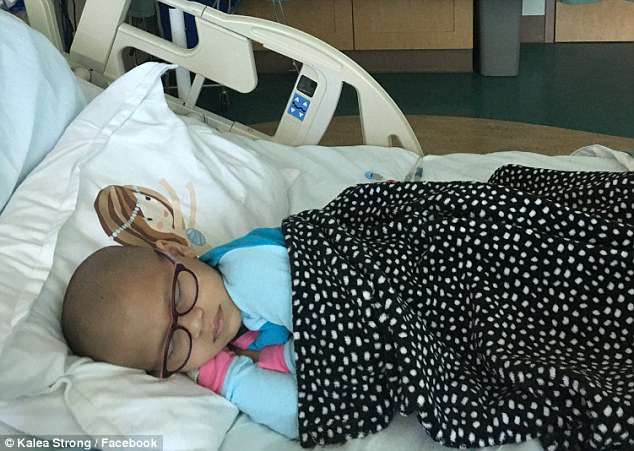 In addition to chemotherapy, Kalea’s parents, Angela and Mike, were told that Kalea (pictured) would need a bone marrow transplant

It is very rare, representing five percent of all cases of acute leukemia, a rapidly spreading form of the disease. Five-year survival rates are 50 percent.

‘You think hearing the cancer diagnosis is the hardest and then hearing they have rare cancer,’ Kalea’s mother, Angela Ramos, told CBS 8.

The fast-moving nature of mixed phenotype acute leukemia means it is especially crucial for people who are newly diagnosed to be treated quickly.

And it was fast-moving indeed for Kalea – by the time she was diagnosed, cancer cells had spread to her spinal fluid, meaning she immediately had to start chemotherapy.

Doctors told Angela and Mike, Kalea’s father, that their daughter would most likely need a bone marrow transplant. 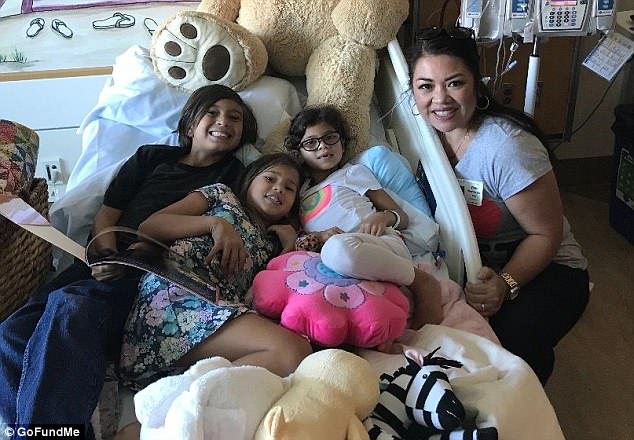 Neither her brother, 11-year-Kailen (in bed, left), nor her sister, seven-year-old Keanna (in bed, center), were bone marrow matches 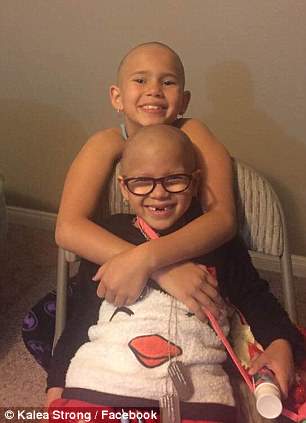 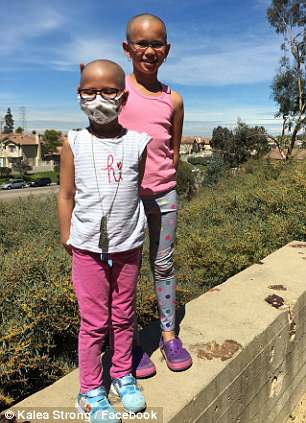 But her siblings try to help her as much as they can. They remind Kalea to take her medicine, help her dress and, in March, Keanna (pictured, left and right, behind Kalea) asked her mother to shave her head so her sister ‘wouldn’t be alone without hair’

Bone marrow is the spongy tissue inside bones where blood cells are made.

Because the set of genes used for determining a match are linked to ethnicity, patients are most likely to find a match within their own ethnic group.

Angela and Mike cannot donate because they are Caucasian and Asian, respectively, and their daughter is mixed-race.

Her siblings try to help her as much as they can. They remind her to take her medicine, help her dress and, in March, Keanna asked her mother to shave her head so her sister ‘wouldn’t be alone without hair’

‘The hardest thing for me so far was having to tell the kids they were not a match because they both want to help their sister,’ said Angela.

According to the Fred Hutchinson Cancer Research Center, 70 percent of patients in need of a marrow transplant do not have a matching donor in their family. 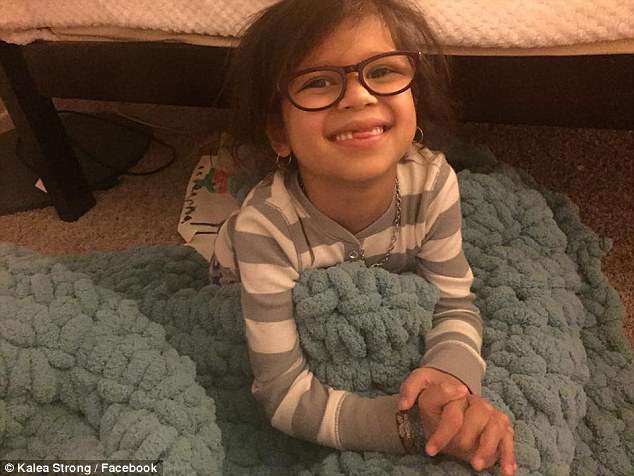 Patients are most likely to find a match within their own ethnic group, which is difficult for Kalea (pictured) because she is Asian and Caucasian 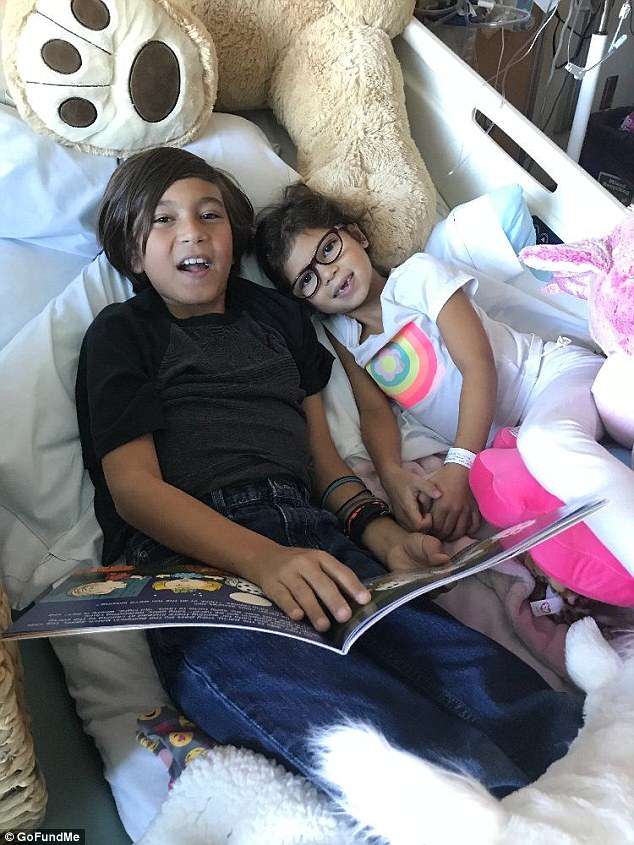 The Ramos family has since turned to the Be the Match Registry – the national marrow donor program – in hopes of finding a donor (Pictured, Kailen, left, with Kalea) 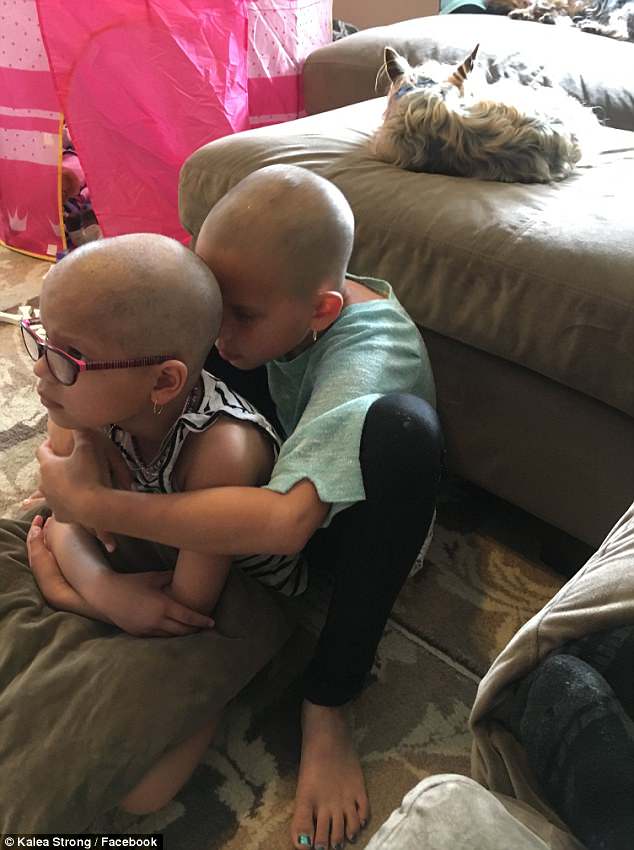 The family is also chronicling Kalea’s journey on a Facebook page called Kalea Strong, through which they also raise awareness for pediatric cancers

Of the seven million people on the national bone-marrow registry, only three percent identify as mixed-race. Depending on your race your, chances of finding an unrelated donor vary greatly:

The Ramos family has since turned to the Be the Match Registry – the national marrow donor program – in hopes of finding a donor.

Kalea told CBS 8 that she misses being a kid and going to the pool and the beach but said she ‘believes I can beat it’.

Through the page the family also raises awareness for pediatric cancers, which receive only four percent of cancer research funding, according to the National Cancer Institute.