Girl, 6, recovers from brain disease due to cannabis oil

The young niece of Aston Villa striker Gabby Agbonlahor who was on the brink of death from a mystery brain condition has made an incredible recovery since taking medical marijuana.

Jayla Agbonlahor was left unable to walk, talk, eat or drink from an undiagnosed, epilepsy-like illness condition that caused her severe seizures every three weeks.

The six-year-old even stopped breathing as a toddler and her parents took her to Lourdes in France believing their beloved daughter was on her death bed.

But the attacks have been dramatically reduced and she can go months without a seizure since she started using cannabis oil, claim Jayla’s parents.

Louise Bostock and Charisma Agbonlahor, who is the brother of the football ace, have revealed they were forced to attend a ‘safeguarding meeting’ with police and council staff over their use of the controversial treatment

The girl’s mother tried the drug, which costs them £80 a month, after reading about other people’s experiences. 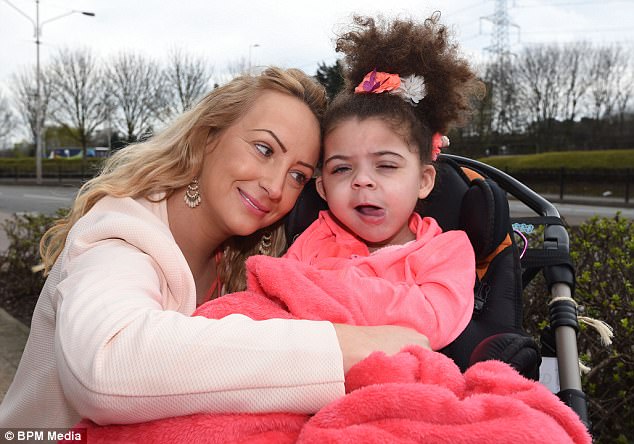 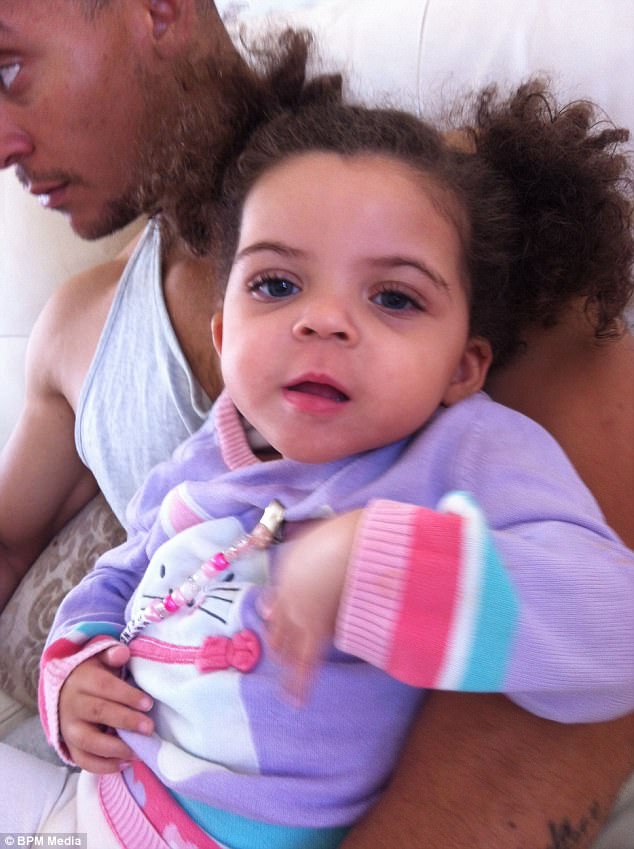 The girl, now 6, was hospitalised every three weeks from the attacks

THC is found in all forms of cannabis, but is abundant in skunk – a super-strength form of the drug that dominates Britain’s illegal market.

Some 80 per cent of what is available on the streets is believed to be skunk, which is created  by growers aiming to make the most potent strain of the drug possible in order to maximise their profits.

They remove high amounts of CBD from the plant, allowing the modified herb to contain only THC. It is unsure how much THC was in the strain of cannabis used in the new study.

Over the years, a host of previous research has pointed to a link between the popular recreational drug and mental health conditions.

Last October, University College London researchers found that skunk may be twice as addictive as normal strains of cannabis.

Similar health concerns have been raised about synthetic cannabis spice, which can slump users and turn them into ‘zombies’.

It was previously known as a legal high before it was banned last year following a surge in its use. Now it has reached epidemic levels in prison.

Jayla is one of the youngest patients to use the drug. A growing number of patients are providing anecdotal reports that the oil has improved their outlook for disease ranging from cancer to multiple sclerosis and epilepsy.

Cannabis-based medicine is now licensed in the UK but only for MS sufferers. However, it is extremely difficult to get on the NHS.

This forces people to either pay for it privately, or experiment with cannabis bought illegally.

‘I will do whatever I can to save her’

Louise, 33, from Erdington, Birmingham, said she has fought tooth and nail for the right to treat Jayla with cannabis oil.

She said she even faced having the little girl taken from her after authorities discovered she had been administering the herb illegally.

However, she insists she will do whatever it takes to ease the suffering of her child who doctors believed would live no longer than four years.

She wants the oil to be made available for those children who, like her own daughter, struggle through prolonged pain.

‘She is my child, she is unique and I will do whatever I can to save her life. Where there is no hope, it provides some hope.

She wasn’t expected to survive

Jayla’s severe health problems began shortly after her first birthday. Her breathing became painfully laboured and she was rushed to hospital. She remained there for five months.

But despite various tests, the precise cause of her decline remains a mystery.

Louise, who has a son called Junior, explained: ‘When Jayla was born there was nothing wrong with her. 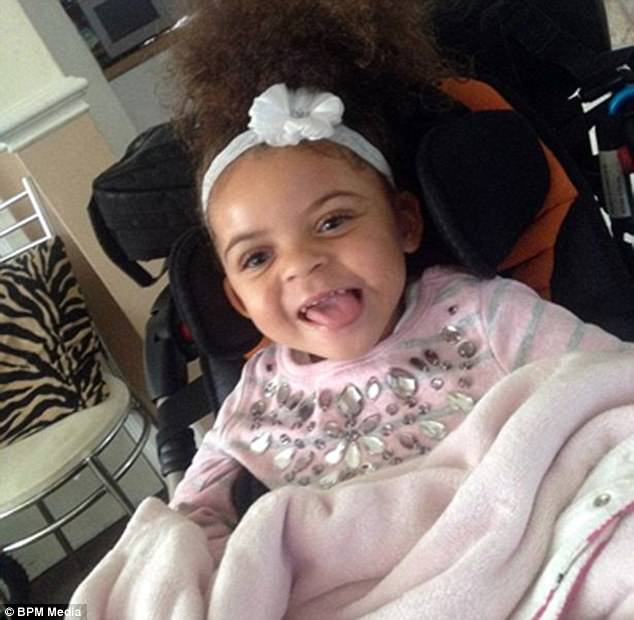 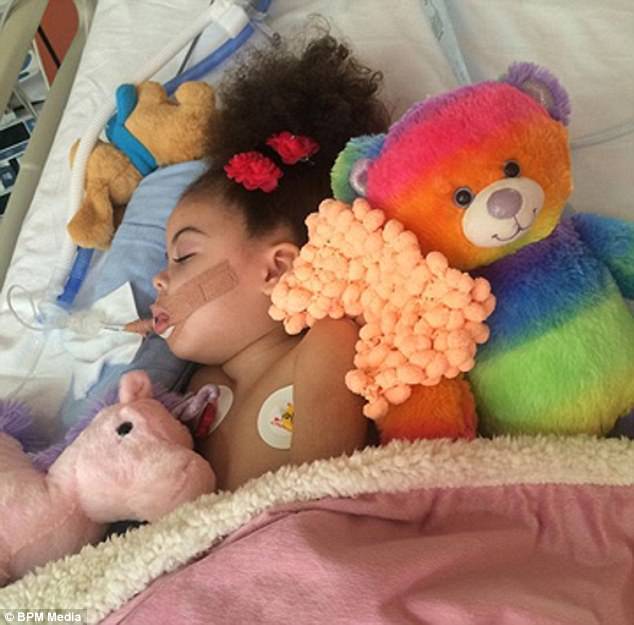 ‘But then, just days after her first birthday, she stopped breathing and kept going blue.

‘At first they thought it was epilepsy. But eventually they couldn’t diagnose her and I was told that she wasn’t expected to survive.’

In the quest for a miracle, the family visited Lourdes. But the family say it has been hemp, not heaven, that has worked wonders.

‘Jayla stopped breathing and was rushed to hospital where she was pumped 30 times,’ says Louise.

‘That inspired me to try to do everything I can to help her. Medication didn’t work and so I want to take her to be blessed in the Holy water of Lourdes and to bathe her in the healing lakes.’

The short future looked break when medics at Birmingham Children’s Hospital revealed the girl was resistant to conventional medication.

So then Louise came read about the alleged medicinal benefits of cannabis oil and in desperation gave it a try.

She says her bid to help her has meant she moved perilously close to the murky world of drug dealing when Jayla was only four at the time. 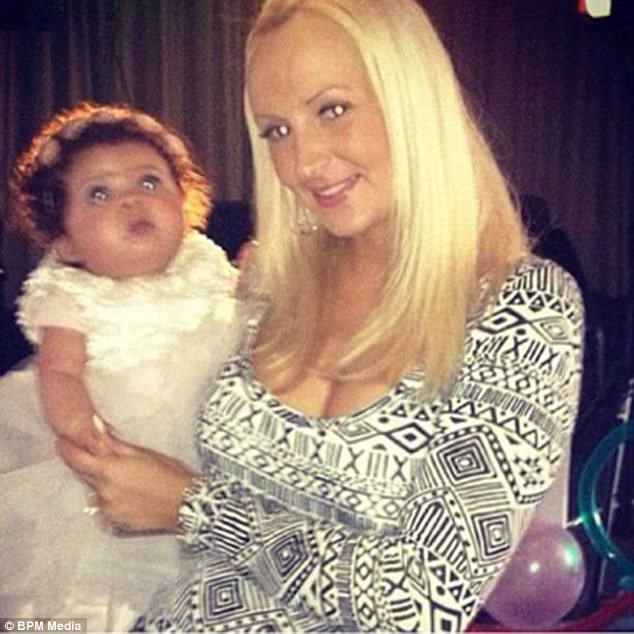 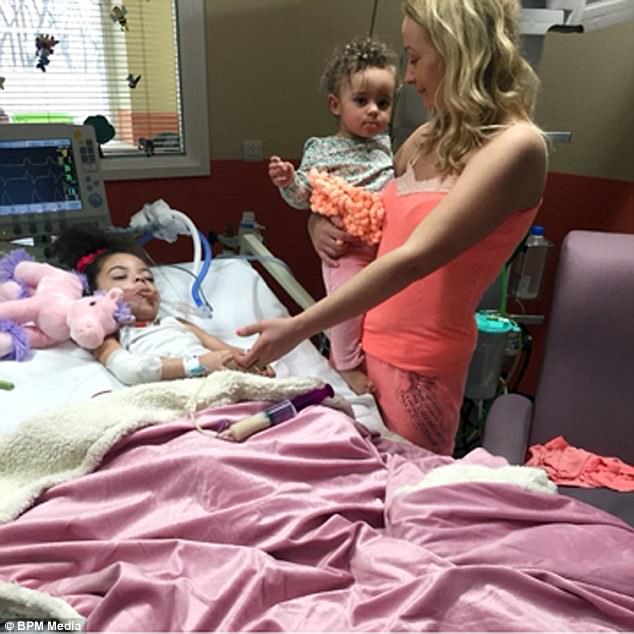 She finally admitted the clandestine treatment to nurses and was immediately summoned to the ‘safeguarding meeting’.

Louise was given clearance to use the drug in 2015, yet obtaining the oil – administered through Jayla’s stomach or rubbed on her gums – is expensive.

She still cannot obtain it through prescription and purchases cannabis packages from Holland.

She laughed for the first time

‘Jayla used to be hospitalised every three or four weeks with seizures. Now she can go months without one,’ said Louise. 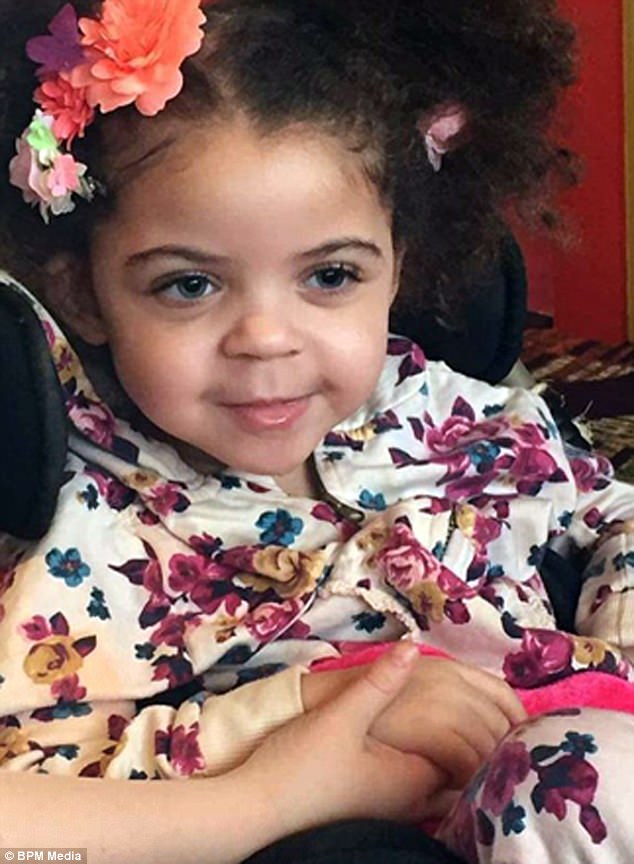 ‘She is smiling and happy and has so much more life. She used to be comatose and slept all day.

‘But she has started to eat properly and now watches TV with a smile on her face. I heard her laugh out loud for the first time.

‘I believe it has saved her life, so it is a good thing. That is why it needs to happen with other children.’