Girl, 9, dies hours after waking with ‘racing heartbeat’ – after doctors diagnosed her with anxiety

‘She’s somewhere better now’: Tragedy as girl, nine, dies just hours after waking up with a ‘racing heartbeat’ – after doctors initially diagnosed her with anxiety

A nine-year-old girl who died from heart complications was initially misdiagnosed as having anxiety.

Auckland girl Taya Kauri had been suffering from bouts of breathlessness, sporadic loss of appetite and tiredness for nearly a year, but doctors couldn’t work out why.

When she was taken to the emergency room on February 8, Taya’s mother Monique thought they would finally get a diagnosis.

Instead, her beloved daughter, who she says had a ‘big heart’ for others, went into cardiac arrest and died only hours later.

Taya Kauri, 9 (pictured), died earlier this month after she woke up with a ‘racing’ heartbeat

Taya was admitted with a ‘racing’ heartbeat, which Monique chalked up to anxiety over going to school, Stuff reported.

A ‘burning’ sensation in the schoolgirl’s chest made her mother think a chest infection could be on the way.

The normal resting heart rate for a girl her age is between 70 and 110 beats per minute. 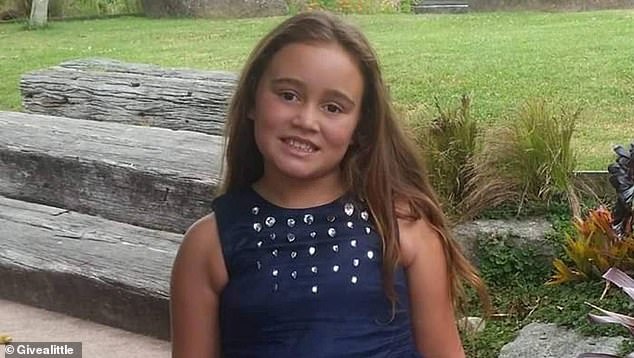 The schoolgirl had suffered from breathlessness and tiredness for nearly a year, which doctors chalked up to school-related anxiety

She was rushed to Middlemore Hospital where doctors desperately tried to stabilise her heart rate.

At about midday, she went into cardiac arrest.

Staff performed CPR on her for 45 minutes before deciding to put her on life support.

She remained on life support until 6pm, where the decision was made to ‘let her go’ after family from Wellington could be by her side. 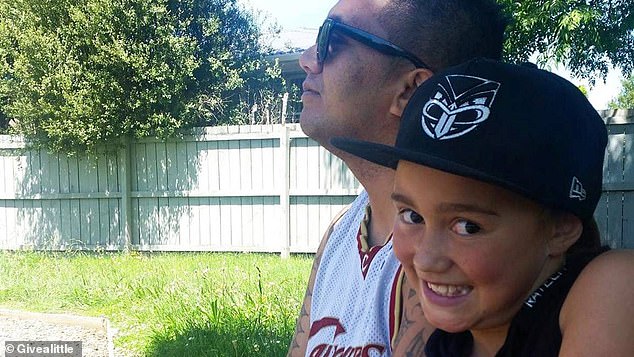 She was rushed to hospital with a heart rate of 200 beats per minute, double the usual resting heart rate for children her age

Her death is now being assessed by the coroner, with Monique hoping the findings will bring her some closure.

‘We were really lucky to have her, but she’s off somewhere better because she had a relationship with God. That was really important to her.

‘[Doctors] did say something about the right side of the heart not working.’

A Givealittle page was started by Monique’s sister, Nicole Pigou, to raise money to spread Taya’s ashes in her father’s birthplace.

‘Her mum Monique, sisters Ava, Peyton, Phoenix and Dallas and dad Kodez are surrounded by loving family and friends as arrangements have begun to put on a farewell fit for such a wonderful girl,’ the page reads.