A girl, 14, has been charged after another teen was allegedly stabbed in front of horrified train commuters in broad daylight in Sydney’s north-west.

Emergency services were called to Rouse Hill train station shortly after 4pm on Thursday following reports of a stabbing.

Police found a 16-year-old girl with injuries to her arm and chest upon arrival.

She was charged with wounding person with intent to cause grievous bodily harm and bailed to appear in a children’s court next Tuesday (March 23).

The injured girl was treated at the scene by paramedics before being taken to Westmead Hospital in a serious stable condition.

‘This was a challenging job, not only because of the patient’s injuries, but also because it happened at a train station packed with commuters,’ NSW Ambulance Inspector Andrew McAlpine said in a statement.

‘One of the main concerns paramedics have treating stab wounds is internal injuries, so getting her to hospital as quickly as possible was paramount.’

The incident caused travel disruptions with train services towards Chatwood not stopping at Rouse Hill ‘due to a police operation on platform one’. 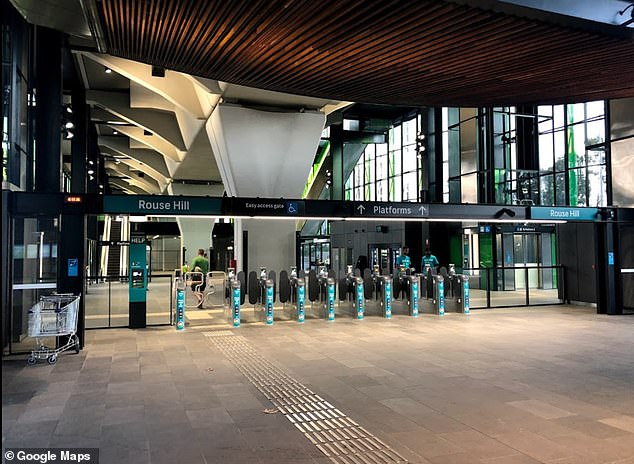