An eight-year-old girl was diagnosed with a rare brain condition after a routine eye exam.

During the standard eye test in January 2017, the optometrist detected high pressure behind Alexis Tyrrell’s eyes and recommended her to a few specialists.

Her mother Lauren, who said Alexis never complained about her vision, was surprised by the results, but initially thought nothing of it as they started the necessary follow-ups.

She was devastated when an MRI scan several months later revealed that her then-seven-year-old daughter Alexis had Chiari malformation, a congenital defect in which brain tissue extends into the space normally occupied by the spinal cord.

A year on, Lauren is sharing her story and urging all parents not to skip routine tests -as she had considered doing – because it caught Alexis’s condition early enough that she may have been saved from developing serious nerve and muscle damage.

During a routine eye exam, the doctor found Alexis Tyrrell (pictured with her mother) had high pressure behind her eyes 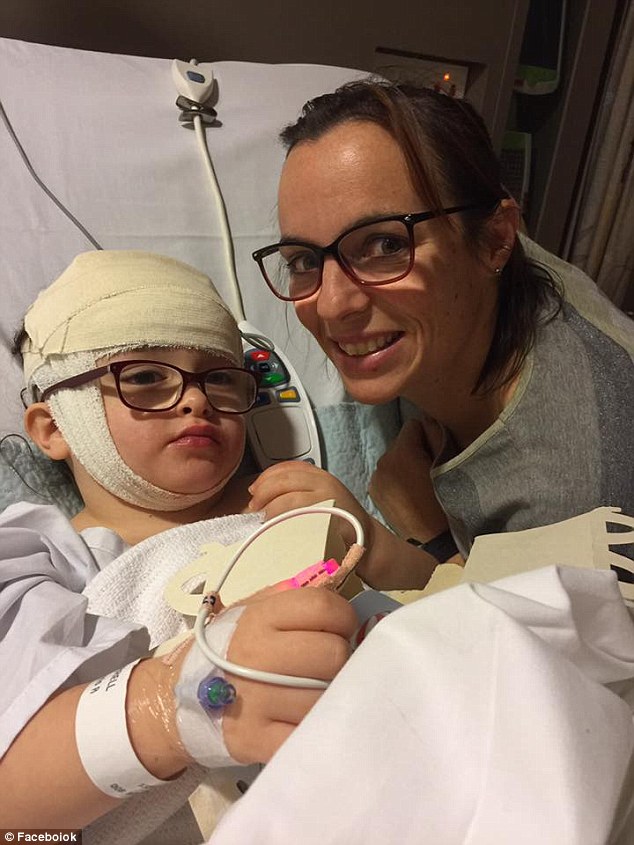 Alexis (pictured with her mother Lauren in July 2017) was diagnosed with chiari malformation, a rare condition in which brain tissue extends into the space normally occupied by the spinal cord

Lauren told Love What Matters that she initially wasn’t going to take Alexis and her two sisters to the eye doctor since none of them ever complained about their eyes.

She was shocked when the doctor found abnormal pressure behind Alexis’ eyes.

‘[The doctors] decided to send her off to a few different specialists,’ Lauren told People. ‘[They said] the swelling behind the optic nerve could be dangerous, so they wanted to do an MRI to check to make sure that it was nothing serious.’

Just hours after receiving the brain imaging results, doctors rushed Lauren to another hospital to prepare for brain surgery.

Doctors realized that the pressure behind her eyes was a result of intracranial pressure, or pressure inside the skull, due to a rare brain condition called Chiari malformation.

‘It was horrible,’ she said. ‘We had a healthy child, then suddenly they’re telling us there’s something wrong.’

Alexis had a structural defect in the base of her skull and the cerebellum, the part of the brain that controls balance.

The cerebellum and parts of the brain stem are supposed to sit above an opening in the skull that allows the spinal cord to pass through it, according to the National Institute of Neurological Disorders and Stroke. However, in people with Chiari malformation, their cerebellum extends into the upper spinal canal.

This news stunned Lauren, who thought her daughter was in good health.

She also noted that Alexis didn’t experience any symptoms associated with the condition, such as headaches, stiffness or pain in the neck, breathing problems, and developmental delays. 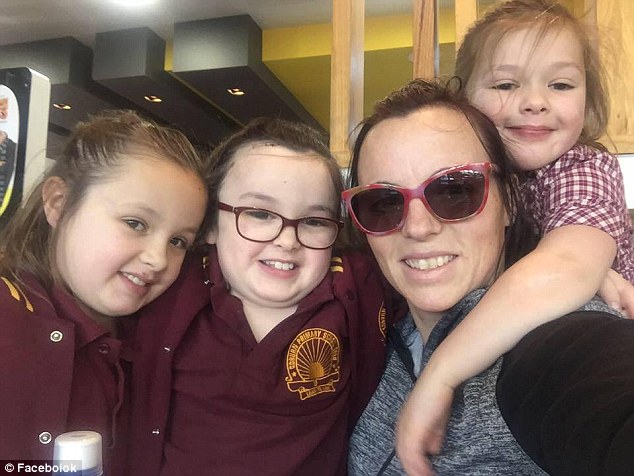 ‘We were devastated,’ Lauren said. ‘We didn’t expect to have to be rushed into surgery. When they told us, we thought we would have a week or two, but we had like two hours then they took Alexis into surgery.’

If left untreated, Alexis could’ve developed a build-up of fluid in the brain, serious nerve and muscle damage in the lower body and spina bifida, a condition in which the spinal cord or its covering isn’t fully developed.

It was more heartbreaking for her to break the news to her daughter, who had to prepare for surgery in a couple of hours.

‘We didn’t really say anything to her because we knew she would freak out. She was only seven,’ Lauren said. ‘When we went to get ready, she asked what was going on because there were people everywhere. I said, “They’re gonna do a little operation on your head.”‘

Lauren, who was carrying Alexis in her arms when she delivered the news, said her daughter jumped down from her arms and ran away screaming when she found out she would have to undergo brain surgery.

Alexis had her first brain surgery on July 7, 2017, and had another operation three days later.

The most common surgery recommended for people with Chiari malformation is posterior fossa decompression.

This procedure, which involves removing a small portion of the bone at the bottom of the skull, creates more space for the cerebellum and relieves pressure on the spinal cord. It’s supposed to help ease symptoms.

Lauren said Alexis, who is now in the second grade, acts like a normal child.

However, they aren’t out of the wood yet, as they are waiting to see if Alexis, who experiences occasional headaches and neck pain, requires more brain surgery.

‘We just take each day as it comes. We don’t look ahead too far, we just wait and see,’ Lauren said. ‘We’re just lucky. We’re grateful for what we have now, so we try not to look too far ahead.’

Experts advise that parents watch out for new or returning symptoms of Chiari malformation after surgery, including increased sensitivity to things in the mouth, such as gagging when brushing teeth, trouble breathing and vomiting.