A five-year-old schoolgirl drowned in a pit latrine after falling in when she went to the toilet between lessons in South Africa.

Lumka Mkhethwa was feared abducted when she vanished while at school in Bizana in the Eastern Cape and a police search was launched for the youngster.

But her lifeless body was found the following day after the pit toilet was emptied and searched.

The tragedy happened at the Luna Primary School, the Education Minister has confirmed. Angie Motshekga apologised for the death of the Grade R pupil.

She said in an official statement: ‘The death of a child in such an undignified manner is completely unacceptable and incredibly disturbing. 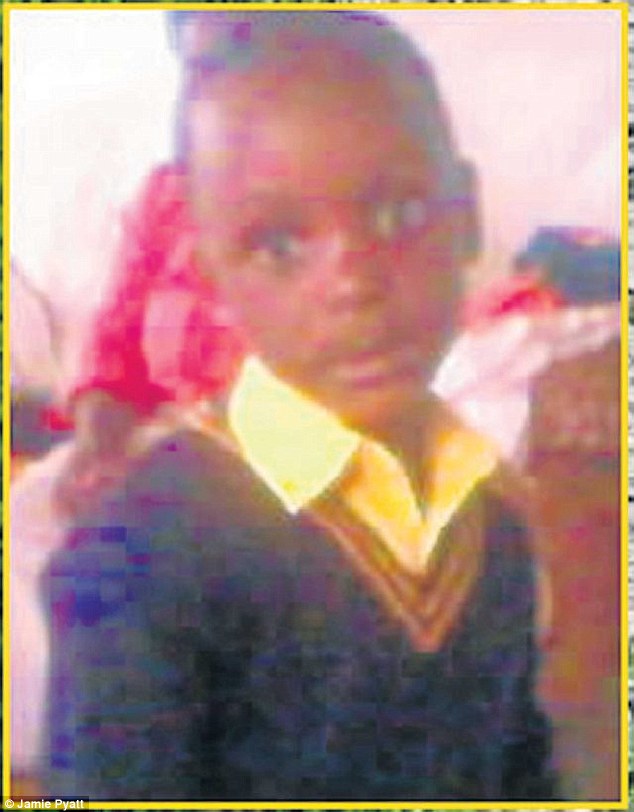 ‘I would like to send my sincere condolence to the family of Lumka Mkhethwa. I cannot begin to know the trauma the parents are experiencing now.

‘It is truly a tragic incident and my sympathies are with them.’

Counselling has been offered to staff and pupils at the school.

The incident was similar to one at a school outside Polokwane four years ago when Michael Komape, five, drowned in a pit toilet.

His family went on to claim damages from the State.

Lumka’s father Vuyani Mkhethwa said he believed from the position his daughter was found in that she could have been pushed rather than fallen.

He told Despeath Live: ‘We do not understand how this happened. We were under the impression that children are escorted to the toilet at that age.

‘We have serious questions about the responsibility of the teachers but we have received a visit from officials, who have promised to investigate.’

Mkhethwa last saw his daughter on Monday morning as she was leaving for school and has been told his teacher last saw her at 1pm.

He described Lumka as a happy child who enjoyed playing with other children and was excited about having finally started school this year. 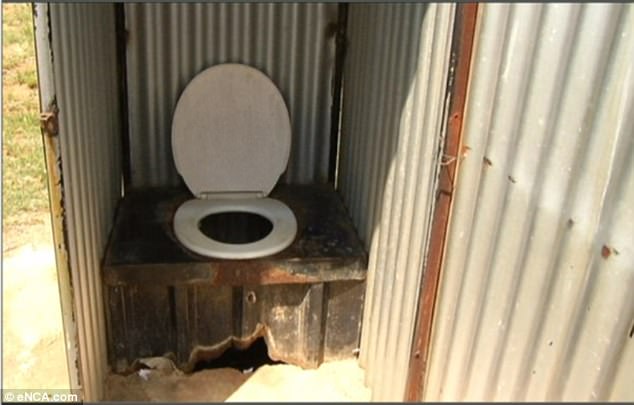 The incident was similar to one at a school outside Polokwane four years ago when Michael Komape, five, drowned in a pit toilet (pictured) 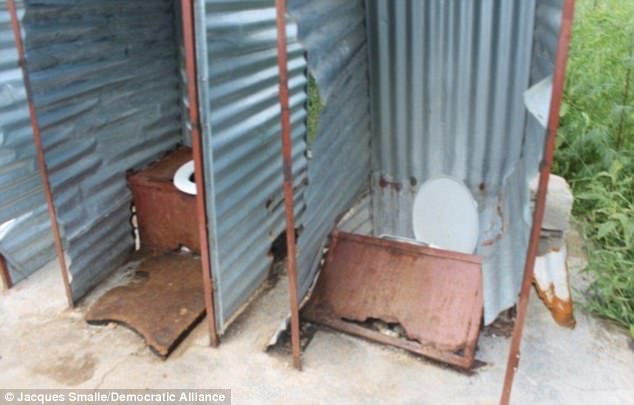 Michael Komape’s death sparked outrage in South Africa and authorities have come under fire for their handling of the case. Pictured: The toilets at the school

He said:’We are heartbroken because we send our children to school thinking they will be safe.

‘Although we do not know the details of how this tragedy happened from how she was found it does not look like she was using the toilet because she still had her underwear on.

‘From the position of her legs it leaves us with the fear that she may have been pushed.’

The national education department said it is doing ‘everything in its capacity’ to try to upgrade pit latrine toilets and sanitation at schools in South Africa.

He said: ‘I read her statement and I absolutely believe that she is crying crocodile tears.

‘She knows about the repulsive and shocking state of toilets in public schools in remote areas.

‘The problem is that she and her people know about these deadly toilets but there is no political will to fix them.

‘They continue to make excuses. It’s not a matter of lack of resources or technology. They simply do not care’ he said.

Captain Edith Mjoko of the local police said: ‘No foul play is suspected. The body is still with the police for a post-mortem and inquest will take place’.