Girl finds shell on family beach outing in WA, not realising deadly blue-ringed octopus was inside

Girl, 11, hands her dad a beautiful shell to hold onto during a family beach outing – without realising two deadly blue-ringed octopuses were hiding inside

A family Christmas holiday almost ended in tragedy after a young girl began playing with a shell that had two deadly octopuses inside.

Perth youngster Sophie Pix, 11, was swimming at Quindalup Beach on Western Australia’s south-west coast with her younger brother Will 7, on Monday when she found a pretty shell.

She decided to keep the shell and gave it to her dad Aaron, who put it in his pocket.

What they didn’t know was that there were two blue-ringed octopus lurking inside.

Mr Pix didn’t come across the horrifying discovery until he was cleaning out the shell when they returned home from the beach.

He became unwell and had to rushed to hospital after his leg came in contact with the tentacles of the world’s most venomous marine animal hidden in the pocket.

‘Sophie had picked up this shell and was swimming with it and in so many ways this could have turned out to be disastrous,’ Mr Pix, 42, told Perth Now.

‘It is pretty scary to think I could have been bitten and died in front of my kids on Christmas Eve.

Mr Pix spent three hours under observation in hospital before he was given the all clear.

He regards himself as very lucky.

‘It makes you think there must be more of them out there and it’s the sheer lack of awareness that worries me now,’ he told Perth Now. 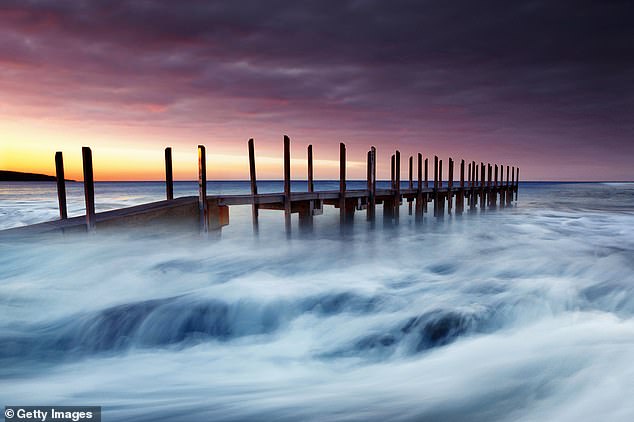 Mr Pix was visiting Quindalup Beach (pictured) on Christmas Eve when his daughter Sophie gave him a shell to put in his pocket, unaware two deadly creatures were hidden inside 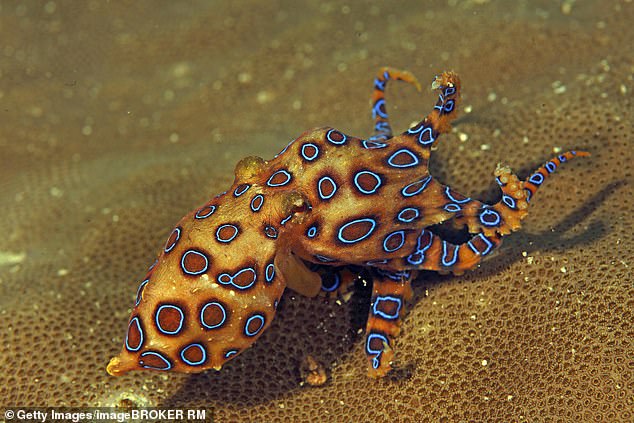 The latest incident has prompted beachgoers to be vigilant.

One bite can produce enough enough venom to kill 26 people and are often painless, with many victims not realising they have been bitten until they are struck down with paralysis.

Mitchell Ogg, 28, was pulling up a crayfish pot on Garden Island off the Western Australian coast earlier when he ‘got whacked’ by the deadly eight-limbed mollusc.

The attack happened a week after  a young girl unknowingly picked up a blue-ringed octopus while collecting shells at Coogee Beach, south of Perth and didn’t make the terrifying discovery until she got home.

‘A good reminder this morning about keeping watch of what your little people are collecting,’ they wrote.

‘They look beautiful…but a bite can be deadly.’ 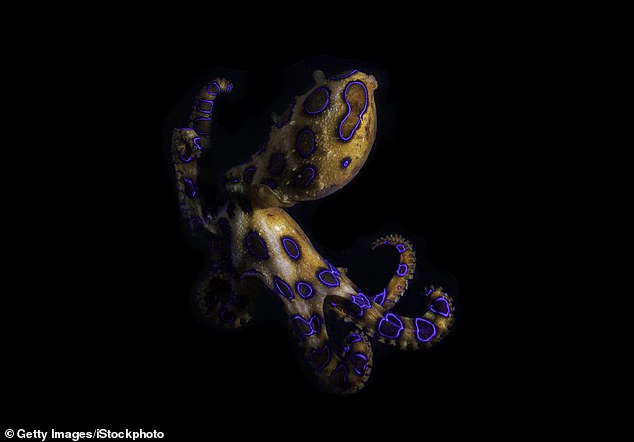