A teenage drug addict who started drinking as a pre-teen and was hooked on meth by 15 has called for more support for young users as she fights to stay clean.

Cheyenne Gillon-Gibson, 16, has battled her inner demons for as long as she can remember and turned to hard drugs and alcohol after being mercilessly bullied at school.

As a youngster who watched her family – from Timaru near Christchurch, New Zealand – battle addiction to drugs, she told herself that she wouldn’t go down the same path.

But when her relatives told her she wasn’t allowed to visit a close friend in hospital before her 12th birthday, she was handed two cans of beer.

After downing them both, she felt her sadness, anger, anxiety and depression vanish.

Cheyenne told Daily Mail Australia what started as sneaking alcohol quickly spiralled into a battle with substance abuse and addiction.

Cheyenne Gillon-Gibson, (pictured at the age of 12) turned to hard drugs and drink after being mercilessly bullied at school

‘I started self-harming around the age of 12 just after I started drinking, and was a heavy drinker by the time I was 14,’ she shared.

‘When I did drink I would be black-out drunk and confused and didn’t know where I was.’

The teenager would guzzle up to 18 cans of beer every weekend, supplied by older friends, to ease her mounting mental health issues.

Cheyenne is a long-time sufferer of anxiety, depression and post-traumatic stress disorder and drank to mask her pain.

‘It worked at first, but the feelings always came back and I soon started craving something stronger,’ she explained.

When a friend offered her marijuana in Year 9, she accepted because ‘in our lives, it was normal’. By then, her life had started crumbling.

The teenager had asked her school principal if she could to sit alone in a classroom to quietly complete her work every day – away from the harassment and humiliation she suffered at the hands of her peers for her weight and learning difficulties. 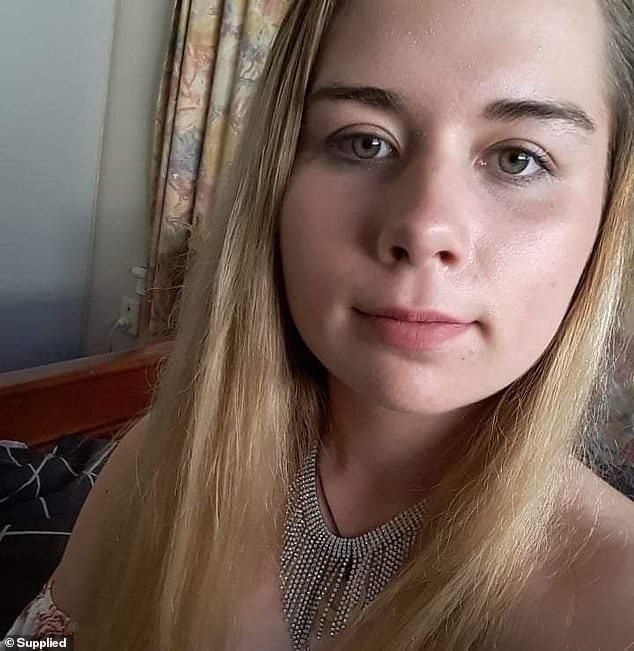 Cheyenne (pictured while under the influence of meth) is a long-time sufferer of anxiety, depression and post-traumatic stress disorder, using drugs to mask her pain 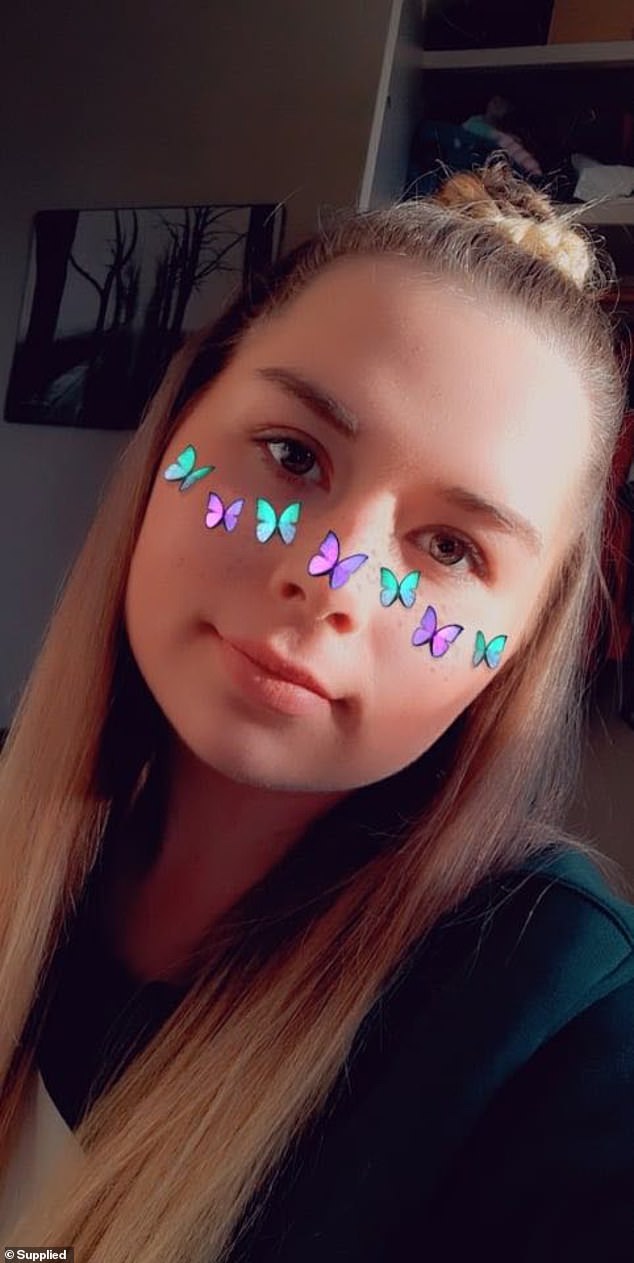 While she granted her request, she became unable to cope with the relentless bullying in the schoolyard and dropped out at 15.

‘It was offered to me by someone who wanted to be friends with my family,’ Cheyenne said.

‘She filled my head with lies to get me to try it because she knew my family wanted me to have a better life than they did, and they didn’t want me to try it.’

Exhausted by the pressure to test the highly-addictive drug, Cheyenne gave in.

‘I thought it would be OK if I only did it once, but it wasn’t. I became addicted really quickly and I really spiralled,’ she said.

The teen became suicidal as the drug wore off and she knew she needed more.

‘I thought I needed it and my tolerance became really high,’ she said.

Cheyenne moved into her mum’s house and began dating a 24-year-old ice addict when she was still only 15.

‘We would use together, and then it got worse at mum’s place because I knew everyone in the town and could get drugs easily,’ she admitted.

While Cheyenne’s mother didn’t want her daughter to use meth, she had to accept it because ‘she knew I would do it anyway’. 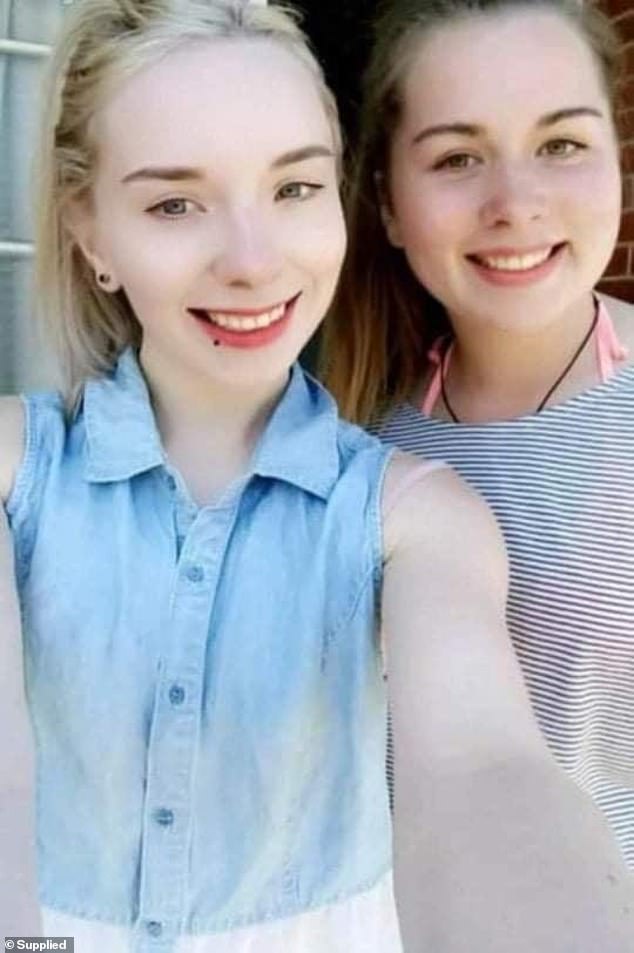 Cheyenne is pictured with sister Destiny

While partying one night, she was offered Gabapenton – a muscle-relaxant prescribed by doctors to treat epileptic seizures.

The recommended dosage for is one 300mg tablet for adults aged between 18 and 64 and is not prescribed to minors.

The 15-year-old took 14 tablets in a single night, which completely paralysed her until they wore off.

‘I swear the crystal meth in my system was the only thing keeping my heart beating that night,’ she said.

Her life continued to spiral out of control until just before her 16th birthday when she was hospitalised after intentionally overdosing on pills for the second time.

‘The health care workers sent me to a mental health and drug addiction place. I failed the drug test, obviously, and they brought in a drug and alcohol professional,’ she said.

Cheyenne initially refused the substance addiction expert’s first suggestion of rehabilitation – she didn’t want to leave her mother and said the pair had co-dependency issues.

While everyone around her advised against rehab, the teenager said no one else could see how bad her addiction really was.

She accepted treatment and was sober for the first time in years on December 10, 2019. 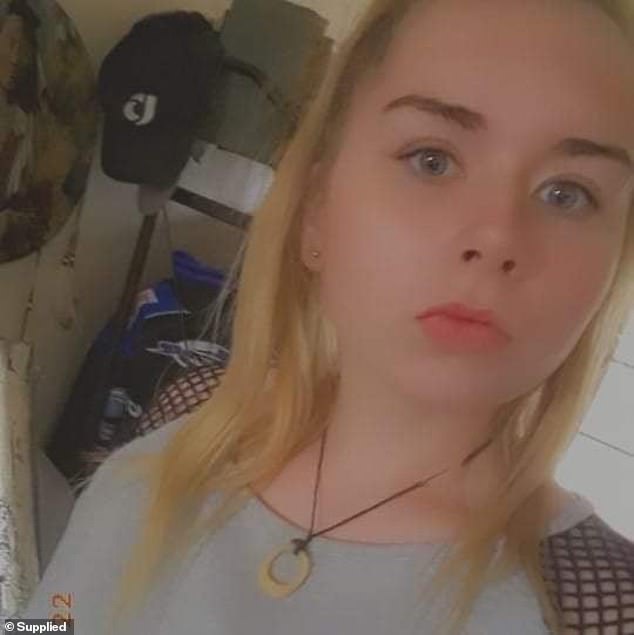 The teen was sober for the first time in years on December 10, 2019

Cheyenne excelled in rehab and agreed to continue with her schooling through online courses.

While she managed to join outreach programs, such as narcotics anonymous, she has also been knocked back from help facilities because of her age.

‘There are a lot of educational programs for people under 18, but if you’ve already had addiction problems, you don’t need that – you’re already educated on drugs,’ she said.

She also had access to counselling services, but received extensive counselling and life skills training at rehab and needed a long-term service.

Two facilities refused to admit her due to age restrictions – recovering addicts needed to be 18 to attend one centre, and 20 at the other.

‘Young people need somewhere they can go at all times for help – I want there to be more variety, and for age restrictions to be lower,’ she said.

Cheyenne now lives with her father and said her whole family, including her mother, have been very supportive of her rehabilitation.

‘My whole family does drugs, but they’re really supportive and they try not to do it around me,’ she said, adding: ‘I don’t mind if they do because I know I’ll never use again, but it means a lot to have their support.’

Her goal is to become a mental health worker to help teenagers like herself.

‘I want to go work at rehab to help youth that have been in the place that I have been in. I don’t want to see anyone go through what I went through. If I can do it, so can they.’ 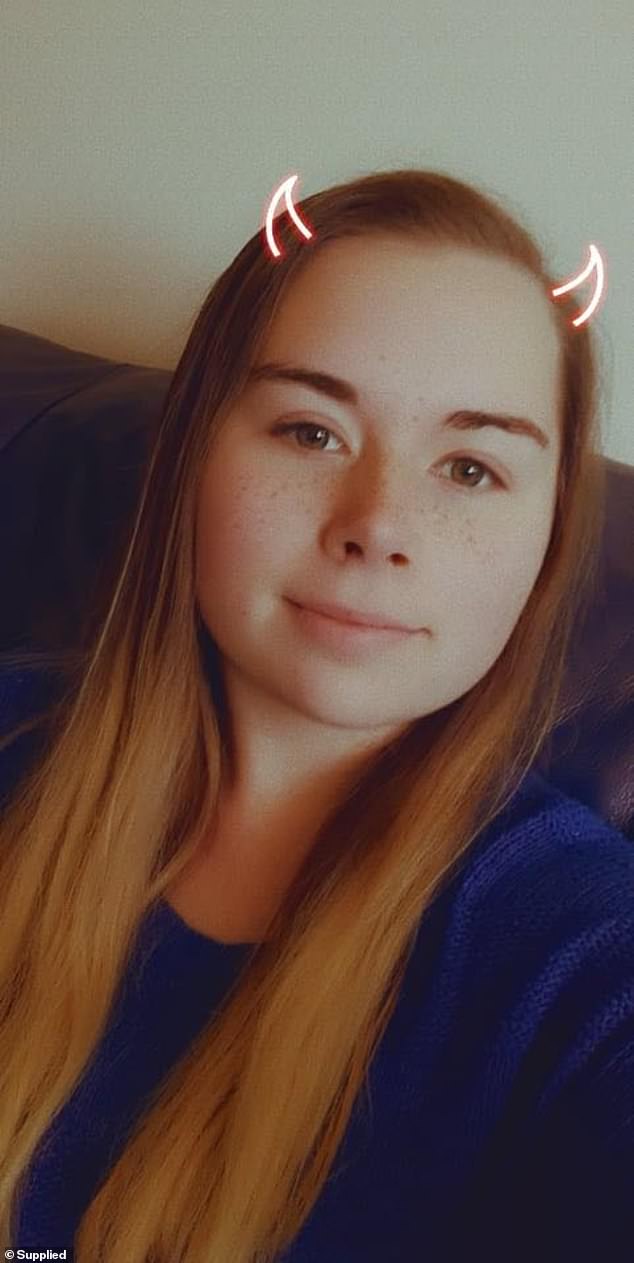