Girl, two, narrowly avoids death when a horse race starting gate flings open, slashes her FACE off and throws her from her father’s arms

A little girl who endured horrific injuries after she was hit by a starting gate at a horse race has miraculously survived.

Lara Whitaker, then two, was being held by her dad Gary on the sidelines of the track at the Redcliffe Paceway near Brisbane on March 24, when she was hit by a metal boom gate that had flung open and smashed into her head.

Doctors said the impact on her skull was millimetres away from killing Lara or causing permanent brain damage.

As Lara continues to recover from horrific injuries that left her in a coma, her family has recalled the horrifying nightmare that happened in a split second.

Five months on from the near tragedy, Lara Whitaker celebrated her third birthday this week

‘The gate came out of nowhere. My husband Gary’s face was injured and he was in and out of consciousness, but Lara took the full brunt. She was ripped right out of Gary’s arms and her tiny little body was lying motionless a on the ground. It was like a horror movie,’ Lara’s mum Joedy told The Sunday Mail.

Gary, who was due to race that night, suffered a large cut to his head while Lara’s baby brother Josh, one, suffered a fractured skill and bruising on the brain.

But it was Lara who felt the full brunt of the impact.

She spent a week in a coma and spent several months in hospital undergoing rehabilitation and several surgeries to have her eye sockets, cheeks, nose and jaw reconstructed.

Doctors will continue to monitor Lara’s brain injury until she turns 18 but believe she will grow up happy and healthy. 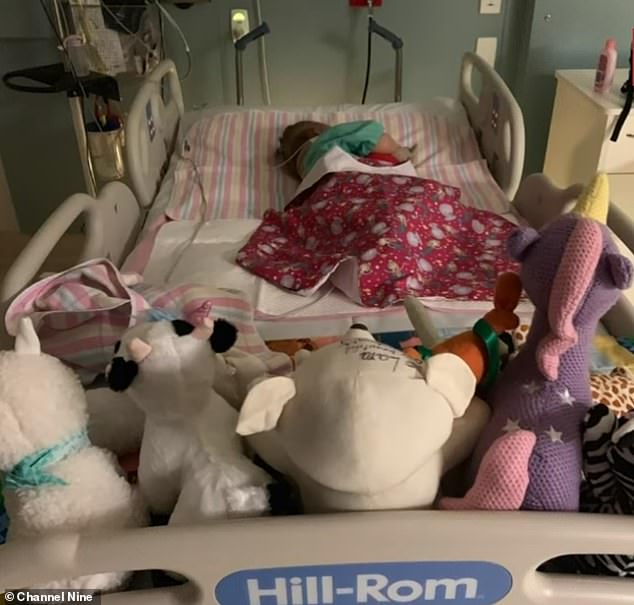 They say it is a miracle Lara didn’t suffer a brain bleed.

‘If the main impact had been a centimetre further up at the front of her skull it would likely have killed her or certainly left her badly brain damaged,’ Queensland Children’s Hospital’s Dr Gert Tollesson told the publication.

Lara has since bounced back to her sassy and lively self and has returned to dancing.

The brave youngster had a massive party to celebrate her third birthday this week, complete with bouncy castle and snow cones.

‘She deserved it. She has been through hell and at one point I thought she may not make her birthday. Lara is precious in that she shows so much empathy for someone so young. After all her suffering she looks at me and asks ‘ Are you okay mummy?’ Ms Whitaker said. 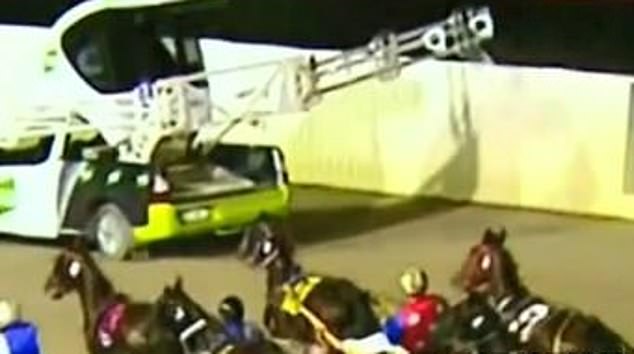 A GoFundMe page started by harness racer Todd McCarthy at the time has raised more than $80,000 for the Whitakers.

The accident is still under investigation.

The Whitakers insist the near tragedy hasn’t destroyed the their great love for harness racing, which has been instilled in both Gary’s and Joedy’s families for generations. 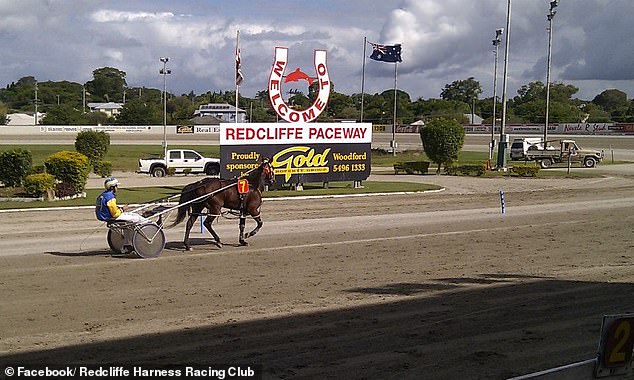