Eilza’s latest winning ticket was bought by her father, identified only as Mr M by Dubai Duty Free lottery officials after the draw at Dubai’s International Airport on Tuesday.

In 2013, when Eliza was aged just three, she won a McLaren sports car.

Her father said he bought her another ticket this year when she turned nine because he says it is a lucky number. 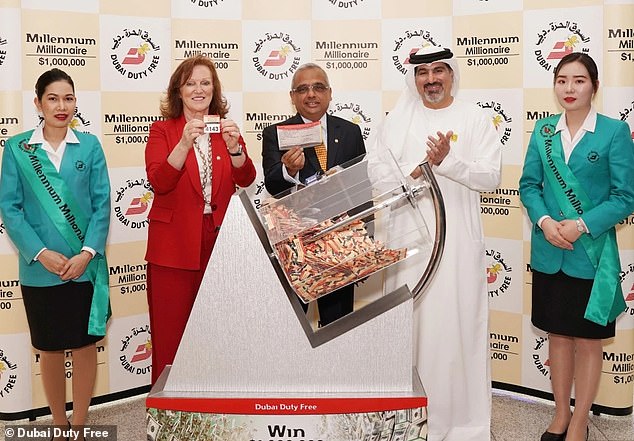 Eliza’s parents are Indian expats who have been living in the UAE for the last 19 years and her father said he had been buying the lotto tickets since 2004.

Eliza’s father told the Khaleej Times: ‘I’ve been buying tickets for $1 million promotions since Series 43, and in fact, I have kept that ticket all this time.

‘I never missed buying a ticket for every series including the Double and Multi-Millionaire Promotions.

‘I have been making plans since Series 43 but since luck had yet to come I said to myself to continue my life as it is, and then this thing happened today.

‘Thank you so much Dubai Duty Free, finally, my perseverance has paid off.’