The teenage girl who was shot seven times at a central Indiana middle school performed with Indianapolis Colts cheerleaders as their honorary coin toss captain Sunday.

Ella Whistler, 13, danced with the squad for the NFL team’s game against the Miami Dolphins, taking center stage to carry out moves set to the sounds of the popular song Word Up.

Originally performed by American funk band Cameo in 1986, Whistler, smiled throughout the the track that was given a youthful twist by pop group Little Mix.

Ella Whistler, 13, performed with the Indianapolis Colts cheerleaders during the first half of an NFL football game against the Miami Dolphins in Indianapolis, Sunday 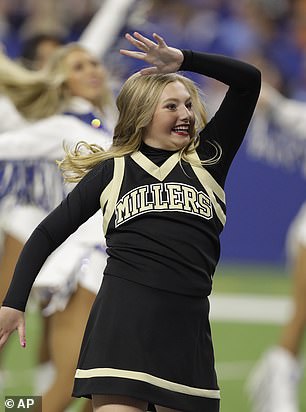 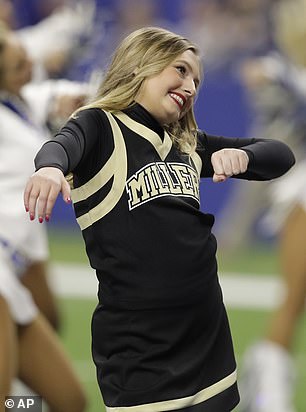 She was shot seven times in the May 25, 2018 shooting at Noblesville West Middle School 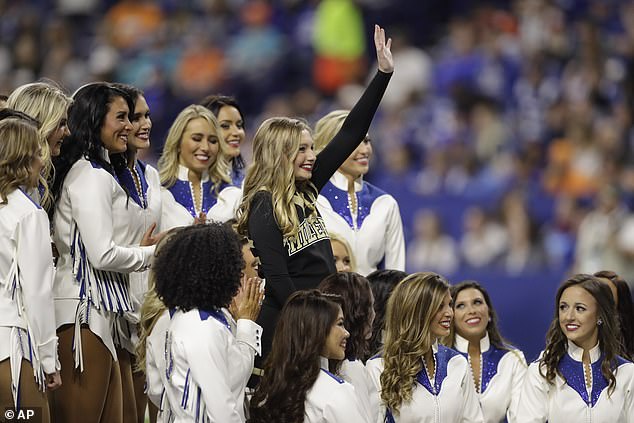 If it wasn’t for her standing out in a black uniform from Noblesville West Middle School in contrast to the professional women’s white attire, anyone might have believed Whistler was a regular on the field.

‘Ella Whistler shows the world how strong she is by performing with as our honorary captain for just 6 months after she was shot 7 times in the Noblesville West Middle School shooting,’ the American football team’s Twitter page captioned a one-minute video clip.

As well as not missing a step in the routine between the first and second quarters, the Indianapolis Star reports she also sang the national anthem with the school choir.

‘I get to do a lot of different things now because of this and I think it’s really cool to have this experience a life-time experience that no-one ever really gets to do,’ Fox 59 reports Whistler said.

It seemed Whistler was their lucky charm as the Colts won the game.

Whistler’s family previously said she was shot in the face, neck and chest, and suffered collapsed lungs and several broken bones.

So the appearance proved she had made a spectacular recovery after being gunned down in her science class on May 25.

It wasn’t her first stint with the Colts. This summer she attended training camp with the sports team alongside her mother. 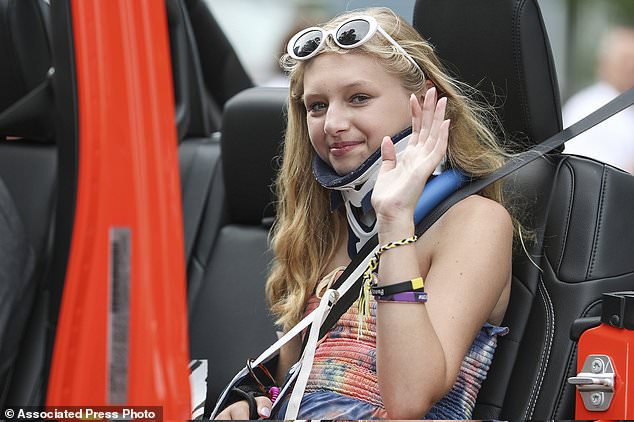 Ella Whistler was in a neck brace when she served as a grand marshal riding with her family in the Fourth of July Parade in Noblesville, Indiana 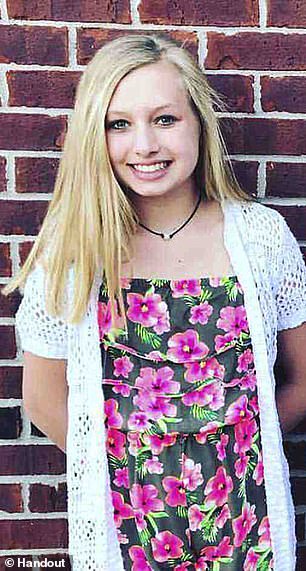 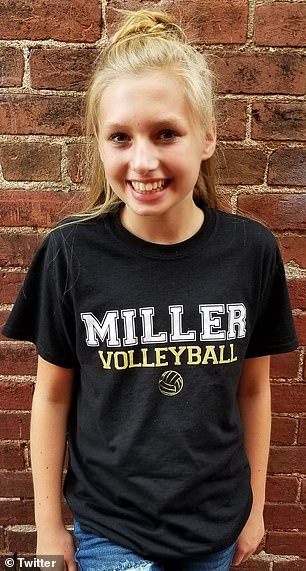 Whistler was shot in the face, neck and chest in the incident earlier this year 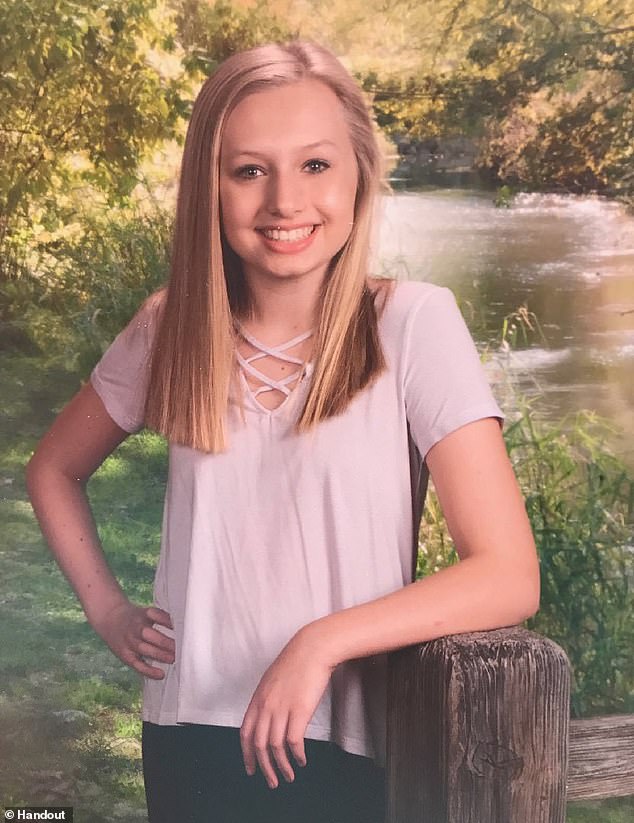 Whistler and teacher Jason Seaman were shot at in May by a 13-year-old boy who later admitted to the shooting.

A judge ruled earlier this month that the boy should be held at a state juvenile detention center until he is 18 or deemed rehabilitated. He will be placed on probation after turning 18.

‘You went into school that day intending to kill many people, not just two,’ Hamilton Circuit Judge Paul A. Felix told the teen, who cannot be named because he is a minor. ‘You wanted devastation, an inescapable tragedy for the ages.’

He also apologized at the hearing.

But Judge Felix dismissed the apology as ‘insincere’ and said at the sentencing that he’s seen ‘no remorse’ from the young shooter. 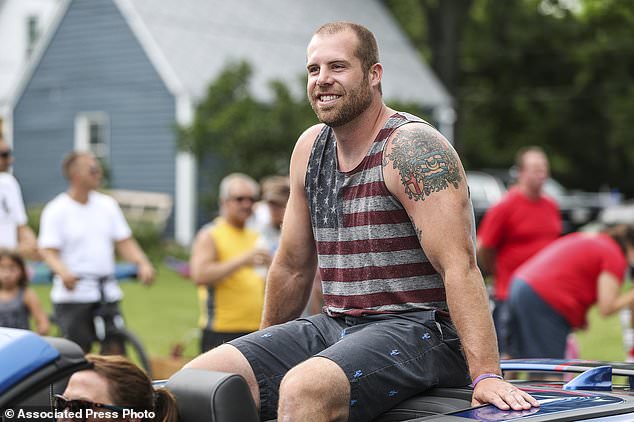 Jason Seaman, the seventh-grade science teacher survived a school shooting at Noblesville West Middle School . The 13-year-old boy who opened fire inside the school, wounding Seaman and a classmate before being tackled by Seaman 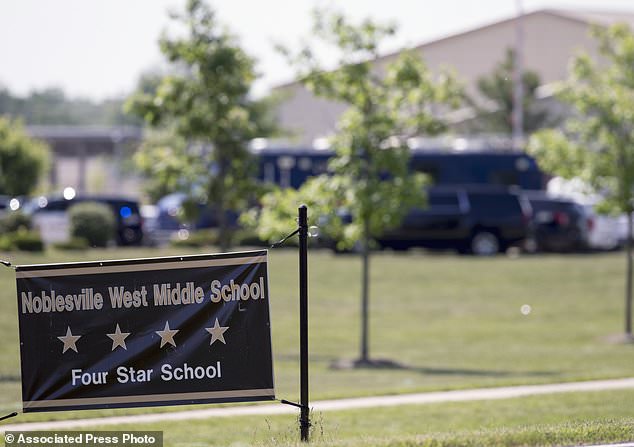 He also rejected a request from the boy’s attorneys who argued he should be sent to a private treatment center because he could come out worse if he was influenced by older teens at the detention center.

‘My concern is for the people you will be near, not the other way around,’ the judge said.

Defense lawyer Christopher Eskew said he worries that the youth won’t receive the counseling he needs in the state juvenile system, arguing that most of its programs are for alcohol, drug or sexual abuse.

Prosecutors said during the hearing that the boy found the keys to a basement safe in his family’s home, unlocked it and removed two handguns and more than 100 rounds of ammunition that he brought to the school in a backpack.

Prosecutors said the boy ‘is obsessed with violence being committed upon innocent people.’

Investigators said that the day before the shooting, he filmed a video in his family’s basement in which he showed a .45-caliber handgun and a .22-caliber handgun with a silencer. 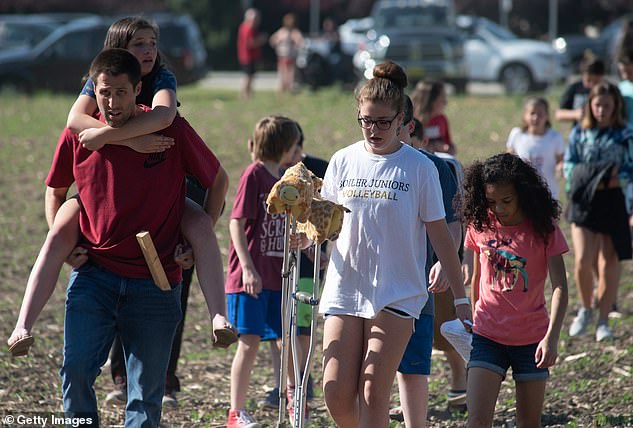 Students who were evacuated are pictured above leaving the school 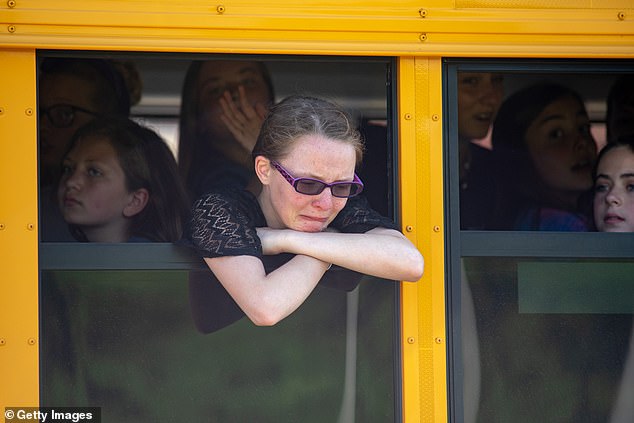 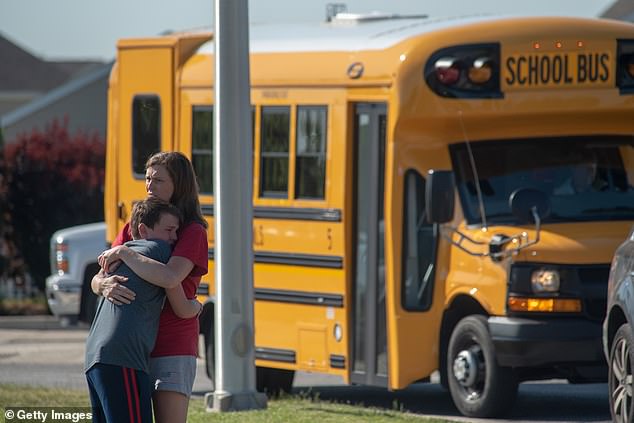 He said: ‘Tomorrow’s Friday, you know what that means. I have to take other people’s lives before I take my own.’

Whistler survived after being shot seven times. The teacher, Seaman, was shot three times. Two of those bullets remain in his body.

He testified that the boy returned to his classroom from a bathroom break and opened fire.

Seaman, a former football player at Southern Illinois University, said he threw a miniature basketball at the boy as he fired shots, and then tackled the youth and disarmed him.

Investigators testified that the boy’s online history was filled with searches for school shootings, including the day before the shooting, when he allegedly searched: ‘What was the largest mass shooting in America.’ He also searched for a ‘blueprint’ of the Noblesville school.

During the hearing last week, attorneys for the boy read out his statement as he apologized to his seventh-grade classmate Ella.

‘Ella, I’m sorry for the pain I’ve caused you,’ he wrote. ‘I wish I could have been the geeky jokester who annoyed you.

He also apologized to his teacher. The boy thanked his teacher for protecting the other students in the classroom. 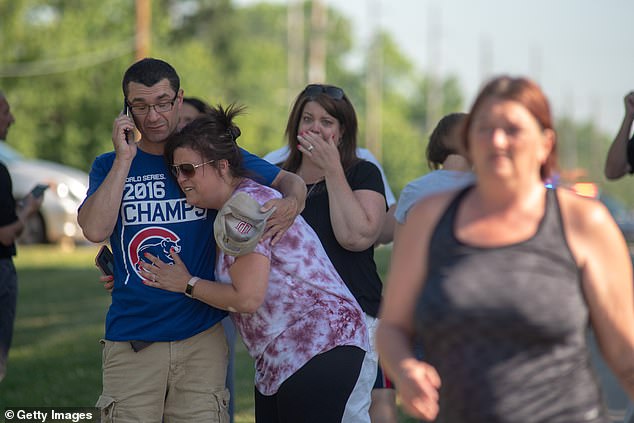 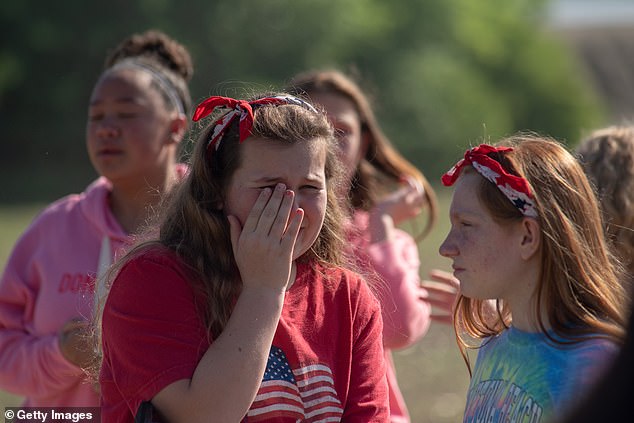 Students cry outside Noblesville West Middle School after a shooting

‘I want to show everyone that I’m going to do what I have to do. I will accept any consequence,’ he wrote.

The boy, dressed in an orange and white jumpsuit, appeared stoic as he sat next to his mother and father while the statement was read out.

His mother later took to the stand and thanked Seaman for protecting the other students and ultimately also saving her son’s life.

She told the court that her son’s upbringing had been ‘good, normal, calm until May’.

If the boy had been charged as an adult, he would have faced 11 counts, including attempted murder and aggravated battery. 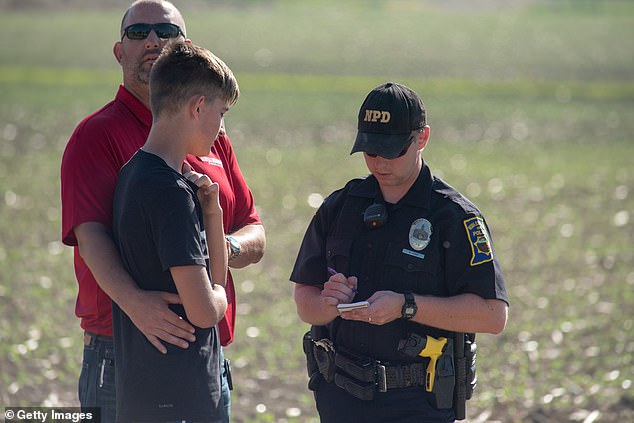 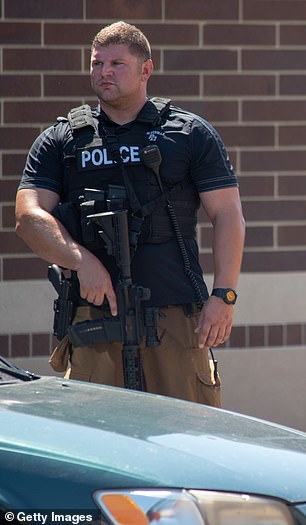 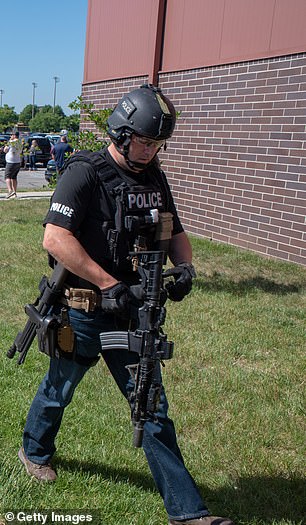 Police assess the scene outside Noblesville High School after a shooting