Girl, three, dies and her one-year-old sister in a critical condition in hot car case

Girl, 3, dies and her one-year-old sister is in critical condition after being found in their mother’s hot car while she was inside their house taking a nap

A three-year-old girl from Arkansas has died and her baby sister has been left clinging to life after the children were found in the back of their mother’s car outside their home while she was napping inside.

The Arkansas State Police said in a press release on Tuesday that police in Booneville got a 911 call at around 2pm the day before from 21-year-old Kaylee Petchenik, saying her two daughters were missing.

Petchenik told police that she discovered the disappearance of her children, three-year-old Laykn and 15-month-old Olivia, after she woke up from an afternoon nap. 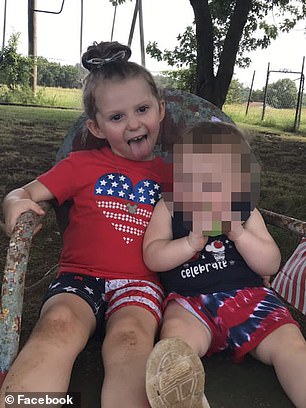 Kaylee Petchenik, 21 (left), woke up from a nap on Monday afternoon to find her daughters, Laykn, three, and Olivia, one, missing 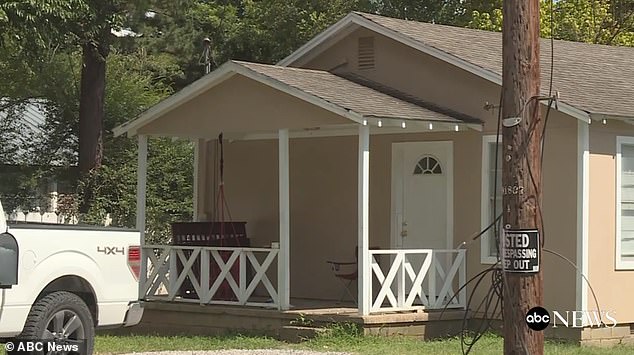 An officer responded to Petchenik’s home in Booneville, Arkansas, and found both her children lying unconscious in the back of her parked car

An officer was sent to the family’s home in the 480 block of West 5th Street and discovered both girls lying unconscious on the back floorboard of their mother’s parked car.

Laykn Petchenik was rushed to a local hospital where she was later pronounced dead. An autopsy will be performed to determine the toddler’s cause and manner of death.

Her younger sister was transported to a hospital in Little Rock, where she was listed in stable but critical condition.

‘Both are the apparent victims of heat,’ State Police has concluded.

According to AccuWeather.com, temperatures in Booneville soared into the high 90s around midday on Monday.

According to scientific data, on a 95-degree day it would take 30 minutes for the temperature inside a vehicle to reach a scorching 129 degrees. 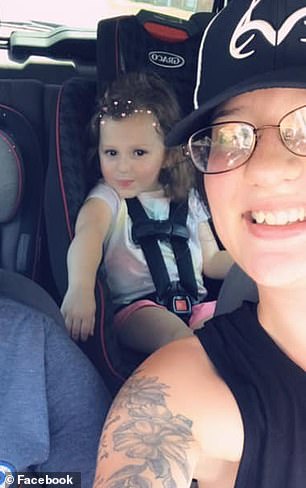 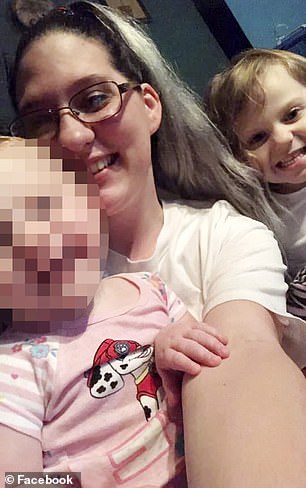 Laykn, pictured left in her car seat behind her mother, was pronounced dead at the hospital. Her 15-month-old sister (right) was listed in stable but critical condition

The press release from ASP did not say how the two young girls ended up in the vehicle or how long they may have bee there for.

Reached by phone on Wednesday, a State Police spokesperson declined to disclose any additional details concerning the circumstances of the incident, citing an ongoing investigation.

Special agents of the Arkansas State Police Criminal Investigation Division will submit a case file to the Logan County prosecuting attorney for consideration.

A GoFundMe page was established to cover the funeral expenses for Laykn which had raised almost $3,000 as of Wednesday night.

According to the advocacy group KidsAndCars.org, there have been 11 child hot car deaths so far this year.

On average, 39 children die of vehicular heatstroke each year.