Pictured: Indi at her school formal

A teenager who had part of her skull removed after a freak accident at a popular swimming spot has begun her road to recovery after fighting for her life in ICU.

Indi Mayhew, 17, submitted her last piece of school work at 9am on December 4 and followed her friends to an idyllic swimming spot on the Snowy River called Waste Point in the Kosciuszko National Park, south of Canberra, to celebrate.

The group were using a rope hanging off a tree to swing themselves into the water below, which Indi refused to do.

After a few moments, she changed her mind and grabbed the rope. She either let go too early or too late and then plunged on to the rocks below.

Indi’s skull cracked in multiple parts and she fell unconscious.

She was rushed to hospital where a part of her skull was removed to help stem the brain swelling.

After seven excruciating days in a coma, Indi began to regain consciousness – blinking and squeezing her hands. 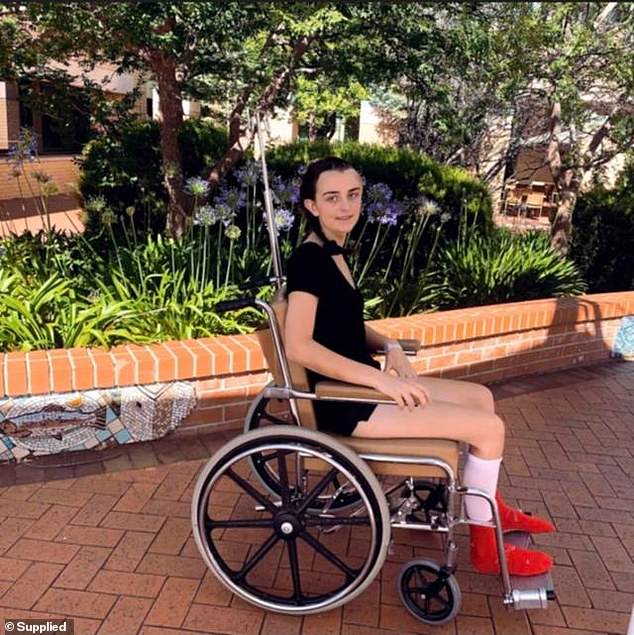 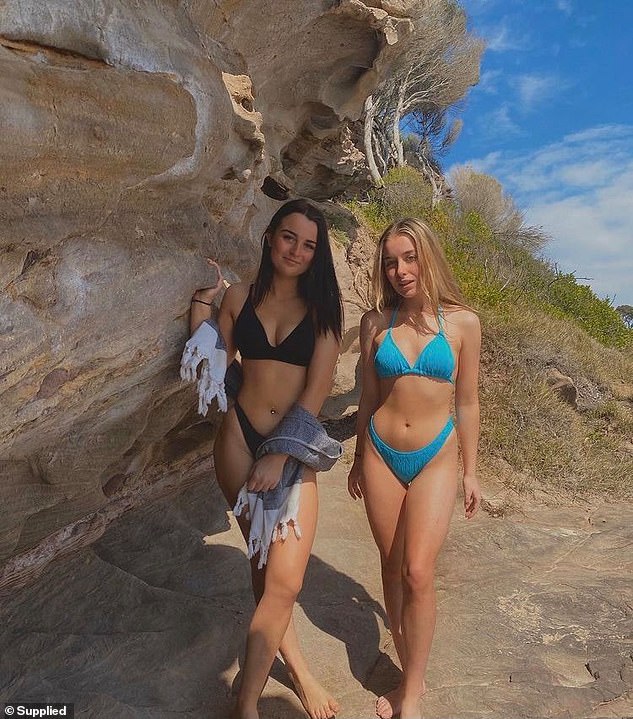 Pictured: India (left) and her friend Bailie in their bikinis before going swimming near their home in Jindabyne

Indi’s family had feared the worst after doctors said the teen would need about six months of rehabilitation to go back to the way she was.

But Indi quickly impressed those closest to her by making incredible progress just one month after the fall.

The teenager had to teach herself how to talk and walk again.

She undergoes daily physio and memory tests as part of her recovery and has been given the green light to go home as an outpatient.

‘I’m not super religious but crikey…it was a freaking miracle,’ her mum Belinda Pendergast told 7News.

Indi said she doesn’t remember the incident and said the experience has helped change her life for the better. 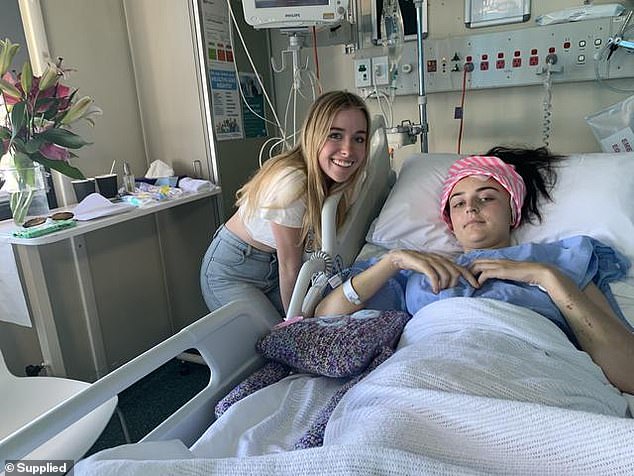 Indi spend seven days in a coma and doctors feared she would be paralysed. When she woke up she was able to move her arms and legs slightly 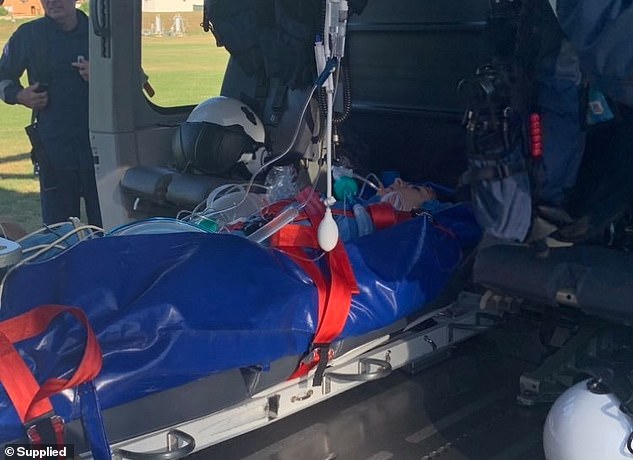 Pictured: Indi being taken to Cooma Hospital by paramedics after she fell from a rope swing

‘Before the accident I just wanted to have fun, I didn’t really want to go to uni, I was going to have a few years off, I guess the accident pulled my head in,’ she said.

Ms Pendergast said she will help Indi focus on her health and wellbeing following the traumatic experience.

While her memory test results show her mind is still functioning properly, Indi has amnesia and cannot recall the moments leading up to the fall, the incident itself, or anything from hospital before waking up a week later.

‘She remembered there was supposed to be a party the night she fell and was asking friends if they had a good time when she woke up, but she doesn’t remember the accident,’ Ms Pendergast previously told Daily Mail Australia.

‘It might come back, but it also might not – it could be because her body doesn’t want to remember.’ 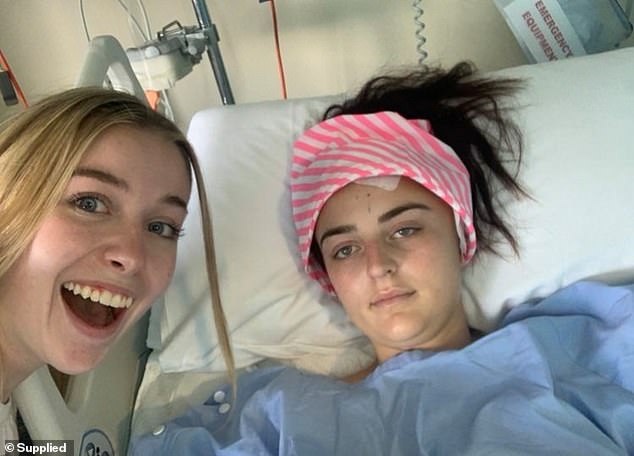 Indi is pictured with her friend Bailie from her hospital bed. A headband covers the giant scar from her ear around the middle of her skull 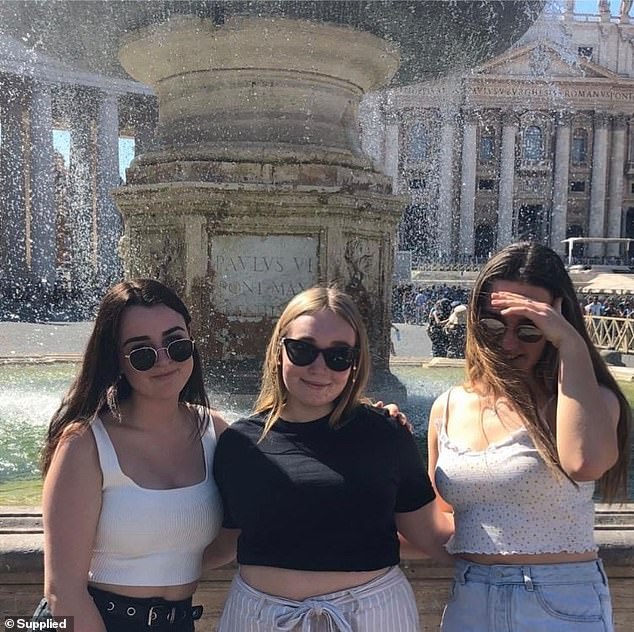 Back in December, Ms Pendergast said her daughter was largely emotionless and probably in a state of shock – only smiling when she is asked to.

‘I think she’s a bit sad, or p***ed off,’ Ms Pendergast said, adding that she initially felt angry that her daughter tried to make the jump in the first place.

The devoted mother also said that when she sees other girls who are the same age as Indi out and about, she is filled with sadness.

‘I can’t believe it. I wouldn’t wish it on anyone. She’s a beautiful, healthy, smart and caring girl – it’s not fair for anyone, especially for someone so young.’

Indi, who is a keen skier and used to lift weights at the gym on a daily basis, was going to see what her marks were before figuring out what career to pursue after her gap year. 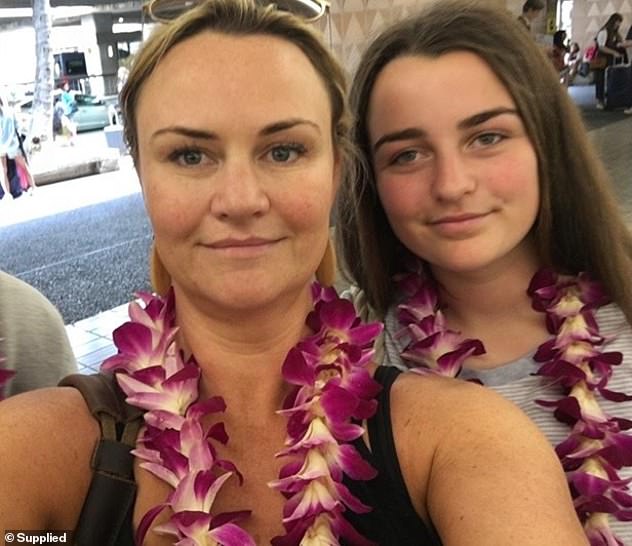 Indi (right) is pictured with her mother Belinda Pendergast (left) 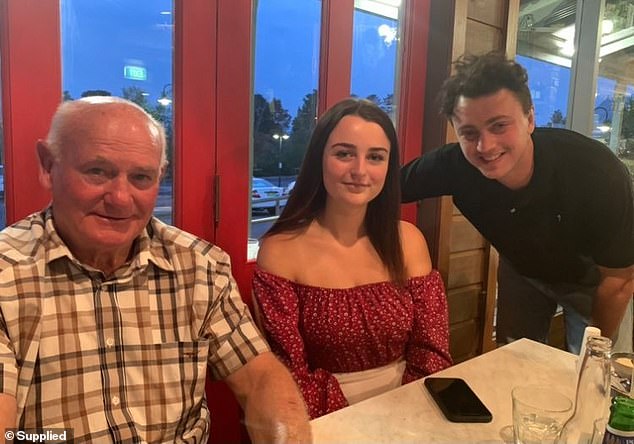 Pictured: Indie (centre) with her grandfather and brother, Lochy, before the accident

Ms Pendergast earlier told Daily Mail Australia her daughter had likely got scared when she attempted to use the swing.

‘She either backed out or overestimated when to let go and she just dropped onto the rocks – she didn’t even enter the water,’ she said.

When emergency workers couldn’t get to Indi because the pathway to the swimming spot was too narrow, the father of one of her friends had to carry her out before paramedics worked on her to assess the damage.

‘I was 45 minutes away from the river and I completely freaked out,’ the drug and alcohol worker said.

‘I packed up my work while ringing her brother or anyone who could get there before me.’

Indi was taken to Cooma Hospital before a chopper arrived and took her to Canberra Hospital where surgeons immediately shaved half her head and removed part of her skull to reduce the pressure on her brain.

A GoFundMe page for Indi’s recovery was created on behalf of the family. 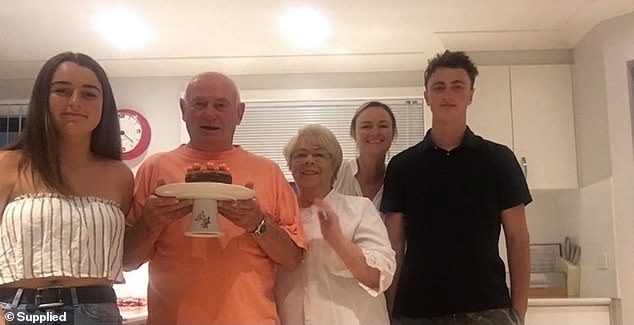 Indi (left) is very close with her family and is pictured with her grandparents, mother and brother