Rosie Rechichi was by her boyfriend Michael Owens’ side when he died from an aggressive form of leukaemia – just five days after he was diagnosed.

The sprightly 23-year-old dental hygienist from Adelaide had complaints about a sore neck before doctors discovered he actually had late stages of Acute Myeloid Leukaemia (AML).

Rosie, who had been in a long distance relationship with him from Perth for almost a year, will never forget the last words he said to her.

‘I stayed the night with him in ICU and I was laying on the bed talking and trying to comfort him,’ the 21-year-old told FEMAIL.

‘We started talking about us and our future together and he was adamant that he was going to get himself better for that reason. He asked me to marry him and I said yes without any hesitation.

‘We just knew that our relationship was made to last and I think that has been the hardest thing for me to come to terms with. When you love someone the amount that I loved Michael you just know when its right and it was completely right for us.’

Doctors at Royal Alfred Hospital in South Australia were originally concerned he had pneumonia as well as the blood cancer so decided to put him to sleep before beginning chemotherapy treatment on Monday.

They wanted to ensure he was as well rested as possible to fight both the illnesses.

But it wasn’t a chest infection Michael had, but rather the cancer had progressed so far along his chest was filled with it – making it hard for him to breathe. 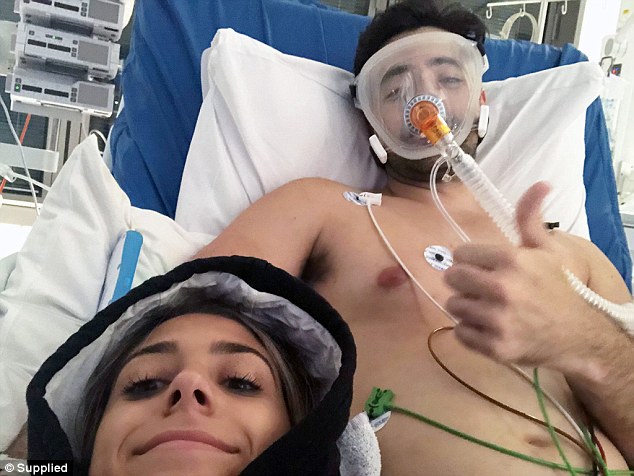 ‘I remember just breaking down once he had been put to sleep and calling my mum in Perth to come over,’ Rosie said.

‘It was so much to take in and I finally didn’t have to put on a brave face for him. Everything happened so quickly over the weekend that I never got to share with anyone besides Michael’s parents the story of him proposing.

‘It wasn’t something that I wanted to celebrate when he wasn’t even awake to be apart of. Still to this day I have kept it very much to myself as it was such a personal and beautiful moment shared between us and my last memory with him.’

Rosie and Michael met the previous year in Croatia while travelling around Europe with a group of friends.

While things started as an innocent summer fling they quickly progressed to something far more long-term, with the pair Facetiming and calling as soon as they returned home to their respective states.

‘We were so comfortable and open about our future plans together very early on and I think that’s what fuelled our relationship despite the distance. 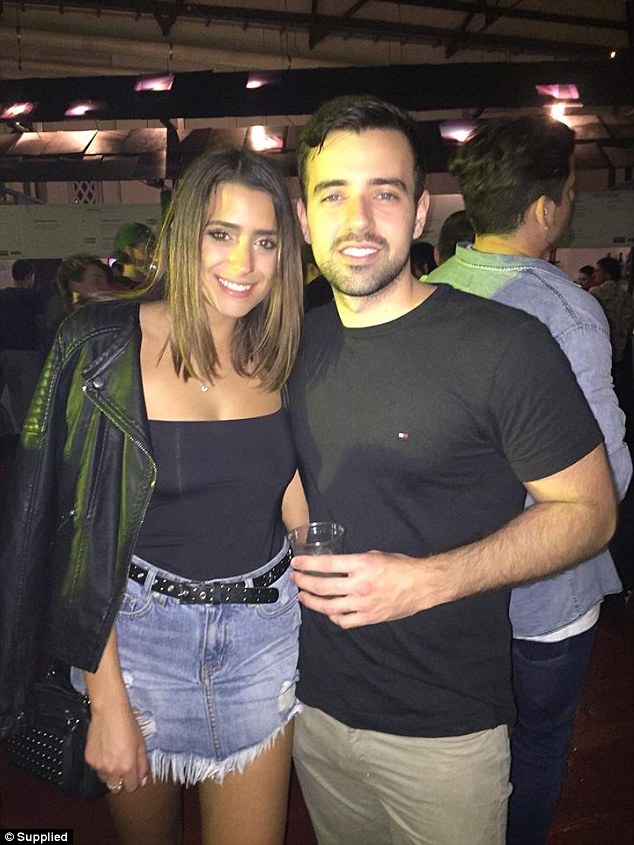 ‘I was planning to move over for a few years but we were both pretty set on coming back to Perth later down the track as I come from such a big family and Michael loved that as he didn’t have that in Adelaide.’

Michael’s father Peter Owens spoke to FEMAIL about the ‘kind and generous soul’ he lost and how sweet Michael was with the women around him.

‘My fondest memories are around his interaction with his mother and how he cared for her,’ Peter said.

‘He was five inches taller than her and when he hugged her and kissed her on the forehead she melted. He did the same for his grandmother as well with the same result. She is 92.’

We did not know it was our last conversation or we would not have left the hospital.

It was that deep love and respect he poured into his relationship with Rosie.

‘Every time Michael talked about Rosie, which was all the time, his eyes lit up and he had a smile on his face.

‘He told his mum in hospital the night before Rosie arrived “She’s the one, mum. I am going to ask her to marry me” which he did just before they put him to sleep to attach the machine to help him breathe.’

Peter’s last conversation with his son was brief – mainly because he didn’t know it would be the final one – and is something he hasn’t come to terms with.

‘The problem was we did not know it was our last conversation or we would not have left the hospital,’ he admitted. 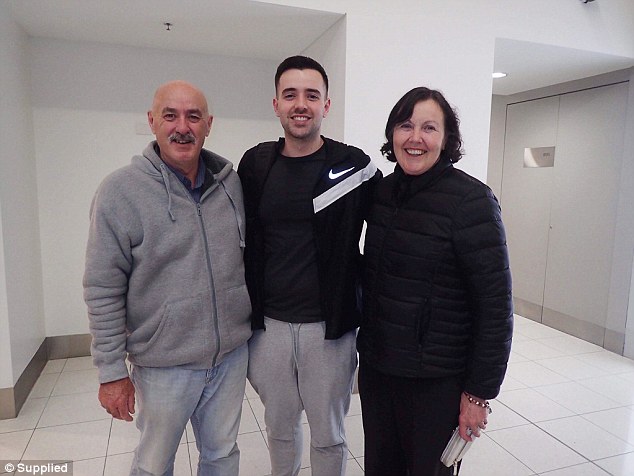 ‘Rosie was with him and they were happy together so my wife, Debbie, and myself told him to try and get some sleep and we told him we loved him.

‘Not much of a conversation but he was with his Rosie so he was in good hands.

‘We did not know we would never talk to him again which is something we struggle with every day.’

The grief they are still trying to navigate is only made marginally easier when the family peer inside Michael’s bedroom.

Peter described what it feels like to be surrounded by his son’s most cherished memories.

‘I am sitting in my son Michael’s room as I have being doing on a regular basis over the last couple of months since his passing,’ he said.

‘The winter sun is streaming in through the window and the heat of the glass gives some comfort in a season that is cold and empty.

‘My eyes are fixed to the photos that cover nearly the whole of one wall. These photos tell the story of Michael’s life in recent years and he took a great deal of pleasure in updating them every six months or so. 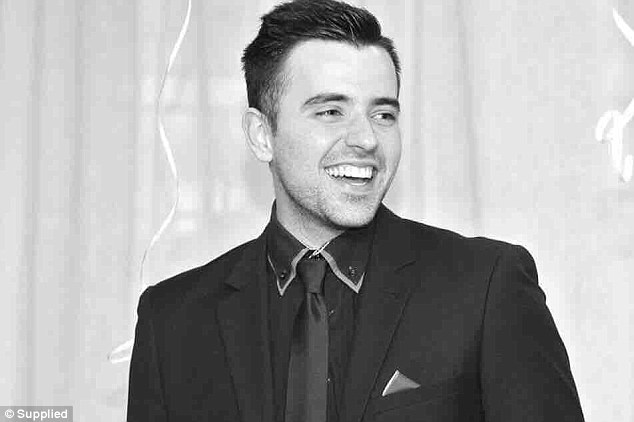 ‘Each one is a moment in time and each one has a story and meaning to him. Some of the stories I know but a lot are a record of his time in this world with people that mattered to him.

‘There are other items pinned to the wall that are older like his collection of detention slips from his high school days and his pictures of family over time.

‘This wall gives comfort to his mum and I as all have meaning and while that meaning was his, it matters deeply to us as it shows he lived.’

Rosie, Peter and the entire Owens family are working on raising awareness about Acute Myeloid Leukaemia through the Michael Owens AML Fund.

‘It has been our way of keeping Michael’s name alive but also doing everything that we can to prevent another family from going through the heartache that we currently are,’ Rosie said.

‘We can only hope that we can contribute to doing something good out of this tragedy.’

The family have created a fund in Michael Owen’s honour with all money raised going to researching Acute Myeloid Leukaemia (AML). You can find it here.