Girls as young as 13 ‘raped by Newcastle gang’

A gang is accused of raping and sexually abusing vulnerable girls as young as 13 after plying them with alcohol and drugs.

Six ‘naive’ victims were lured to parties at houses and flats, where they were expected to carry out sexual favours and services in return, Newcastle Crown Court heard.

Soran Azizi, Palla Pour, Ribas Asad, Saman Obaid and Heiman Mohammed, all from Newcastle, are alleged to have committed a string of sex crimes including rape, paying for the sexual services of a child and trafficking. 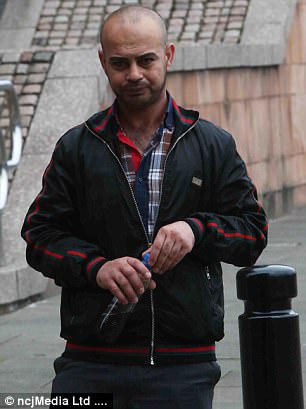 The men, who spoke through interpreters, denied all 31 of the charges against them at a hearing today.

Some of the sexual acts were carried out by the victims consensually, because they were ‘in thrall’ to their abusers, in return for ‘rewards’ of drink and drugs, the jury was told.

But prosecutor Anne Richardson said the victims were ‘forced’ at other times or were so intoxicated they were unable to consent to what happened to them.

Miss Richardson claimed the women and girls were treated as ‘commodities’, passed around various men and sometimes believed they were in relationships with their abusers.

She told jurors: ‘The case involves allegations of sexual exploitation and trafficking of young women and girls in the Newcastle Upon Tyne area of the North East of England.

‘The alleged offences occurred over a number of years, namely between 2007 and 2014 and those who makes these allegations are, for the most part, immature and vulnerable people.

‘It is the Crown’s case that these personality traits were exploited by the defendants and that each of the young women were lured to various houses and flats where drugs and/or alcohol were made freely available to them.

‘It is perhaps easy to make assumptions about the complainants based on their relative youth and their somewhat unusual lifestyles.

‘But in due course, when you have heard all the evidence, you may consider that they were young, naive women, who were in the thrall to and under the control of these, for the most part, older and more worldly wise defendants.

‘It is not always apparent to someone that what they are engaged in is in fact abusive and the law exists to protect those who cannot or do not want to protect themselves. 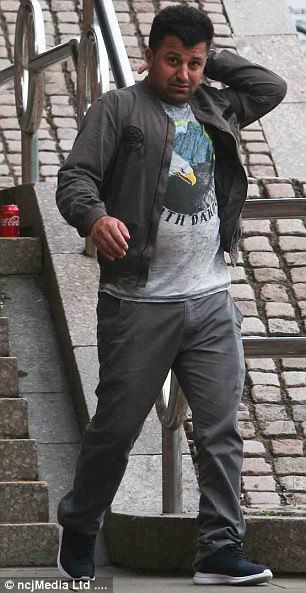 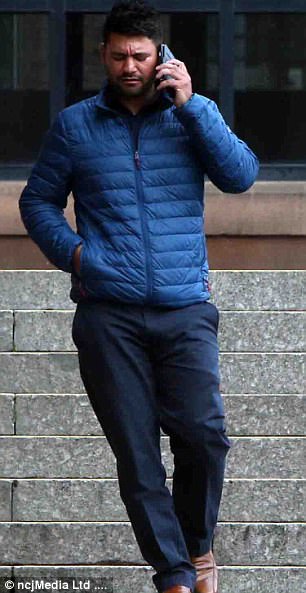 Saman Obaid  (left) and Palla Pour (right), along with with Soran Azizi, are the other members of the gang. Pictured, leaving Newcastle Crown Court

‘In return, the Crown would say, these complainants were expected and encouraged to provide sexual favours and services, not because they wanted to do so, or through their own free and unencumbered will, but because they were beholden and in thrall to these men.’

Asad, 29, from Newcastle, denies sexual assault, paying for the sexual services of a child, conspiracy to arrange or facilitate the prostitution of a child, supplying a controlled drug, causing a child to engage in sexual activity and sexual activity with a child.

Mohammed, 26, from Newcastle, denies charges of sexual activity with a child, paying for the sexual services of a child and supplying a controlled drug.

Obaid, 26, from Newcastle, denies sexual activity with a child, paying for the sexual services of a child, conspiracy to arrange or facilitate the prostitution of a child and supplying a controlled drug. 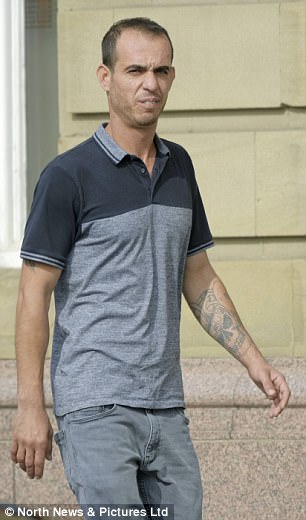 Azizi, 28, from Newcastle, denies rape, sexual activity with a child and trafficking within the UK for sexual exploitation

All five men, who prosecutors say are all associated with each other but had varying roles in the offending, are being tried by a jury.

Miss Richardson said the alleged victims in the case were not all connected but all, to some extent, had experienced a difficult upbringing.

She added; ‘All of them, on the Crown’s case, were vulnerable people who were exploited by these defendants.

‘On many occasions the sexual acts they performed with some of the these defendants were entered into on a consensual basis, due to the lure and promise of reward in the form of drink and/or alcohol.

‘The Crown suggests this was because they felt compelled to return to the defendant’s houses due to their addiction to alcohol and drugs and the hold the men had over them.

‘Other times, the sexual acts were forced upon them, without their consent, and on still further occasions these complainants were so intoxicated with drink and/or drugs that they were totally incapable of giving consent at all.’

The court heard one alleged victim claims she passed out drunk, when aged around 14 or 15, at Azizi’s flat and believes he had sex with her while she was unconscious.

Another woman claims she was kissed, twice, by Pour when she was just 13.

A third victim claims she was groped by Asad, while she was getting dressed after having consensual sex with Azizi at a party.

A fourth woman claims she was given speed, cocaine and cannabis while a teenager and ‘gave in’ to having sex with Asad due to pressure.

During one of the parties, the same alleged victim said she also had sex with Mohammed, who had plied her with drink and cannabis, when she was 15.

The court heard the behaviour became a habit and Mohammed would ‘turn nasty’ and verbally abuse her if she refused to have sex with him.

The same complainant said she was also sexually assaulted by Obaid, who told her he ‘wanted something back’ in return for the drink and drugs she had been given.

She said she continued to have sex with Obaid.

A fifth alleged victim said she was given ‘whizz’ by a man, who is not on trial, and Asad.

She said Asad asked her and her friend to have sex with Obaid in return for cannabis but both girls refused.

The alleged victim, who was a virgin, claims she was sexually assaulted by Asad and had consensual sex with Azizi because she was ‘out of it’ through drink.

The sixth alleged victim said she was about 14 when she had sex with Pour while high on drink and drugs.

The same woman would be transported to parties by Azizi, who knew she would be having sex with one of his pals when she got there, it is claimed.

Prosecutors claim Asad and Obaid conspired to turn two of the alleged victims into prostitutes, with the hope of making money for themselves

The trial, which is expected to last up to six weeks, continues.