Real Madrid manager Zinedine Zidane will prepare his team as normal for Sunday’s game at Girona despite fears the La Liga match could be postponed.

There is a chance the game at the Estadi Montilivi may be called off due to political unrest in Catalonia, where hundreds of voters were injured earlier this month when Spanish police forcefully attempted to stop the region’s independence referendum.

Spanish prime minister Mariano Rajoy has since approved putting Article 155 of the country’s constitution into effect, meaning the government in Madrid can take back some powers from the semi-autonomous Catalan parliament. 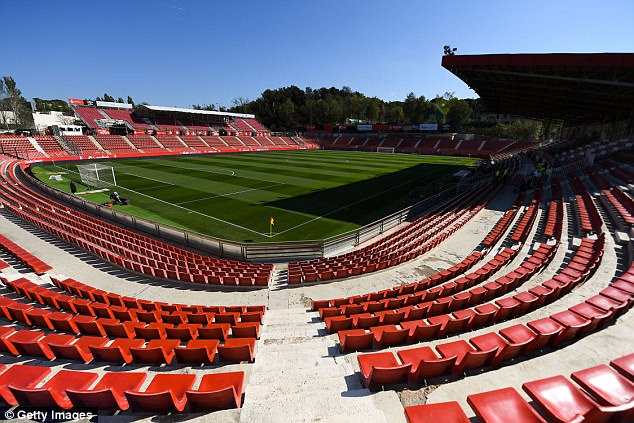 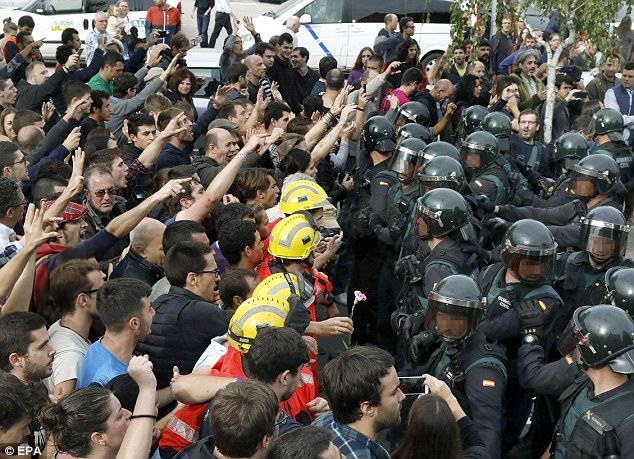 The referendum vote, which Rajoy deemed unlawful, took place on the same day as Barcelona’s home game against Las Palmas. The match was played behind closed doors, but Zidane is putting his faith in local security to ensure that this weekend’s contest will be go ahead without any off-field issues.

Zidane explained: ‘We’re not worried about Catalonia because security will be as it always is.

‘We’ll play our game without thinking about anything else. I’m not going to ask the fans for anything.

‘We’re thinking about the game. We hope it’s a good match and that’s it.’ 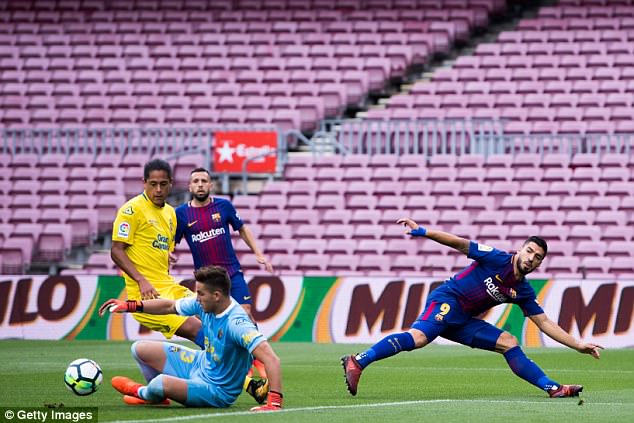 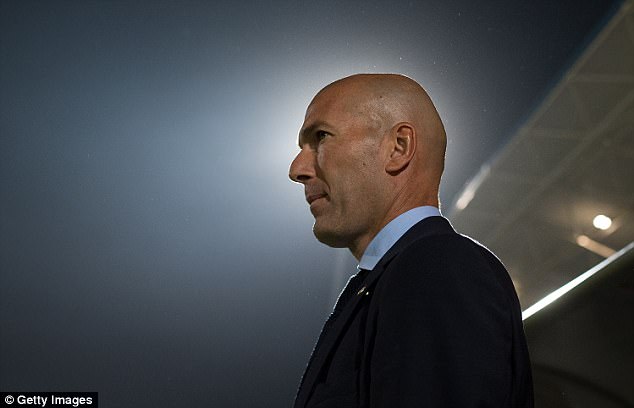 But Zidane said on Thursday: ‘We’ll play our game without thinking about anything else’ 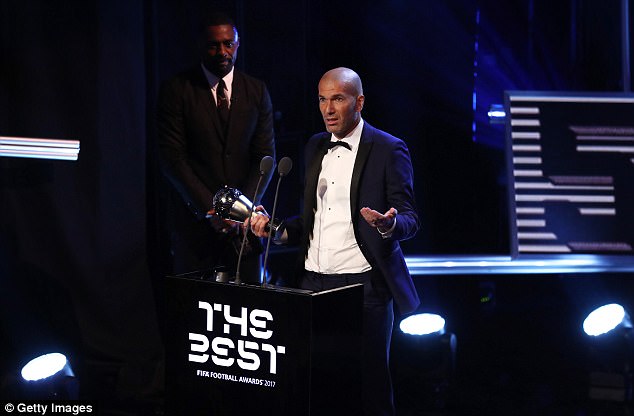 Zidane was speaking after his side beat Fuenlabrada 2-0 in the Copa del Rey on Thursday night.

Real secured their first-leg lead thanks to second-half penalties from Marco Asensio and Lucas Vazquez, before Jesus Vallejo picked up an 89th-minute red card.

On Sunday’s trip to Girona, goalscorer Vazquez said: ‘We’re going in to it naturally, we’re waiting to be told what could or could not happen.

‘We’ll prepare for the game, which is our duty. We try not to think about other things, just about the sporting side.’

Real have never played a La Liga game against Girona, who were promoted as Segunda Division runners-up last season.