Gisele asked Brady’s friend to convince him to retire

Gisele Bundchen (left) has expressed concern publicly over her husband Tom Brady’s health, even saying that he secretly played concussed during the 2016 season

Supermodel Gisele Bundchen was seen celebrating after husband Tom Brady engineered a game-winning drive against Jacksonville in Sunday’s AFC Championship Game; but if she had her way, the future Hall of Fame quarterback would be retired instead of preparing to play in an eighth Super Bowl.

During a vacation with Brady’s former college teammate and longtime friend Jay Feely last spring, Bündchen tried to convince the retired NFL place kicker to join her in persuading her husband to quit the game.

‘[She] was trying to get me to convince [Tom] to stop playing,’ Feely told Sports Illustrated, adding, ‘she was dead serious.’

‘Play as long as you can,’ Feely told Brady, who responded by smiling and winking in return, according to SI.

Sunday’s comeback may have been even more impressive, considering Brady was quarterbacking the Patriots to a win despite the fact that his top target, tight end Rob Gronkowski, was already out with a concussion. What’s more, Brady went the entire year without his other favourite receiver, Julian Edelman, who suffered a season-ending knee injury during the preseason.

And as if that wasn’t enough, Brady’s two-touchdown fourth quarter performance against the Jacksonville Jaguars came with 12 stitches in his sprained throwing hand.

Despite Brady’s continued success at age 40, he and Gisele seem to disagree over the significance of concussions with regards to his overall health. 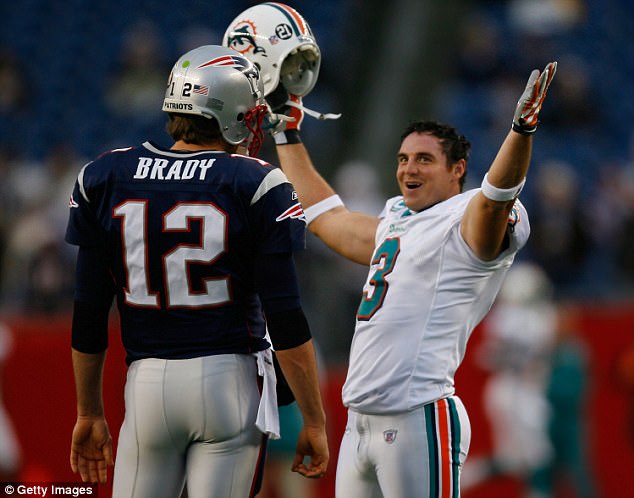 Tom Brady (left) and former Michigan teammate Jay Feely (right) talk before a New England Patriots-Miami Dolphins game in 2007. Feely was on vacation with Brady last spring when Bundchen asked for Feely to help him convince her quarterback husband to retire

‘I don’t worry about them, no,’ Brady told CBS Sunday Morning in September. ‘I mean, I’m not oblivious to them. I understand the risks that come with the physical nature of our game.’

Bundchen said in a May interview that Brady has had unreported concussions and she worried about his long-term health. A joint NFL and players’ union investigation found there was no evidence that Brady or the team failed to follow the league’s policies or procedures on concussions.

‘This review identified no evidence of any deviation from the Protocol by the Patriots’ medical staff or the Unaffiliated Neurotrauma Consultants assigned to Patriots’ games or any indication that Mr. Brady sustained a concussion or reported signs or symptoms consistent with having sustained a concussion,’ the NFL’s statement read.

Brady was asked about his wife’s comments when the Patriots opened training camp in August. 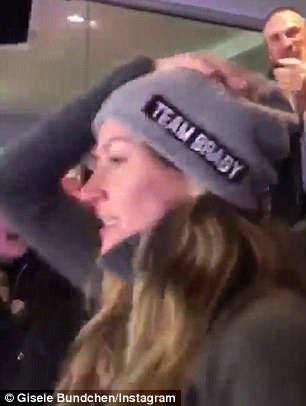 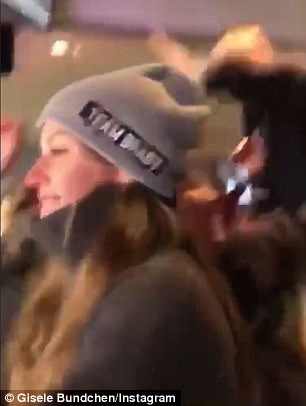 Team Brady! Gisele was overcome with joy as the Patriots won the AFC Championship game 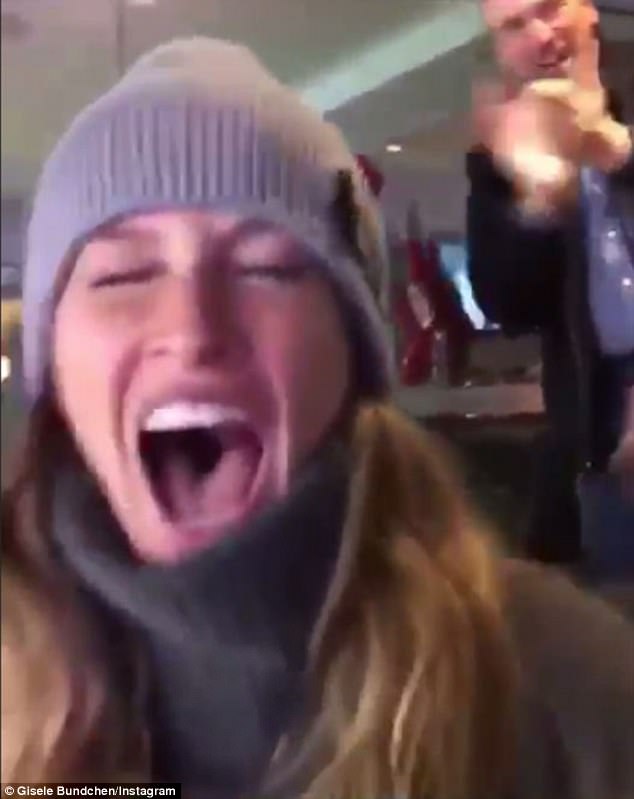 Brady’s wife Gisele Bundchen could’t contain her joy after the Patriots took the win, screaming with joy alongside her husband’s mother, Galynn 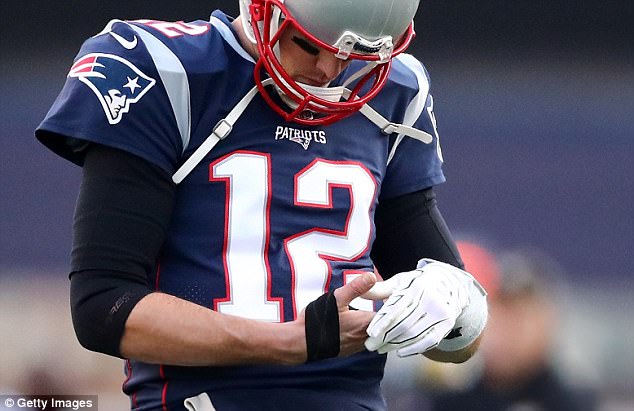 Patriots quarterback Tom Brady took the field Sunday with just a piece of tape on his throwing hand, despite concerns that an injury sustained earlier in the week could leave him benched

‘I don’t want to get into things that happened in my past, certainly my medical history and so forth,’ he said. ‘I really don’t think that’s anybody’s business, what happened last year. I’m focused on this year and improvement and working on things I need to get better at.’

In light of a recent study that found chronic traumatic encephalopathy (CTE) in the brains of 110 of the 111 deceased NFL players examined, Brady was asked what he thought the effect would be on the league.

‘I don’t know what the future is going to look like, you know, and I’m not going to pretend to predict it,’ Brady says. ‘And I’m going to do everything I can to take care of my body in advance of the, you know, of the hits that I’m going to take on Sunday.’

Now in his 18th year as a pro, Brady has been sacked 452 times in regular season games and another 64 times in the postseason. But aside from 2008, when he suffered a season-ending knee injury in the Patriots’ opener, he’s avoided serious injury.