Rudy Giuliani has pulled out of a paid, scheduled appearance at a Russia-backed trade conference which Vladimir Putin and other high-ranking Russian officials are expected to attend.

Up until Friday night, Giuliani was scheduled to appear on an October 1 panel during a two-day conference in Armenia, sponsored by Russia and the Moscow-based Eurasian Economic Union, which Putin created as an opposing entity to the European Union in 2014.

According to the conference program, the panel, titled ‘Digital financial technologies – new opportunities for integrating payment systems of the Eurasian continent in transport logistics,’ is moderated by Sergey Glazyev, who is described as being the ‘Advisor to the President of the Russian Federation.’

Rudy Giuliani (pictured) abruptly pulled out of a scheduled October 1 appearance at a Eurasian Economic Union-sponsored event in Armenia. The EEU was created by Vladimir Putin in 2014

Glazyev was put under US sanctions after Russia invaded the Ukraine in February 2014.

The Washington Post reported that Giuliani had initially confirmed to them that he intended to appear at the conference on Friday morning.

When asked if it was appropriate for him to attend the conference, in light of his being embroiled in the whistleblower report over President Trump’s phone call with Ukraine President Volodymyr Zelensky, Giuliani reportedly said: ‘I will try to not knowingly talk to a Russian until this is all over.’

Although he did not reveal how much he was going to be paid for appearing on the panel, Giuliani – the only American on the program – confirmed that he would be remunerated for his time and that the money ‘goes to my company.’ 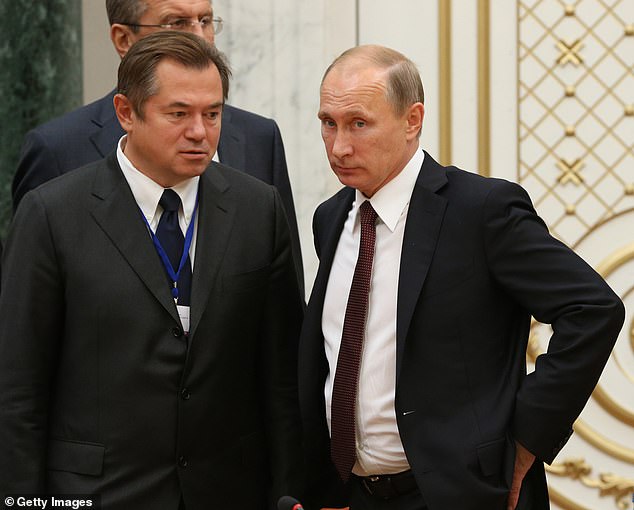 After pulling out of the panel he was scheduled to speak on, Giuliani claimed that he didn’t know that Sergei Glazyev (left) and Putin (right) were scheduled to be at the conference, too. Glazyev was Putin’s top advisor until August and is tipped be Putin’s successor 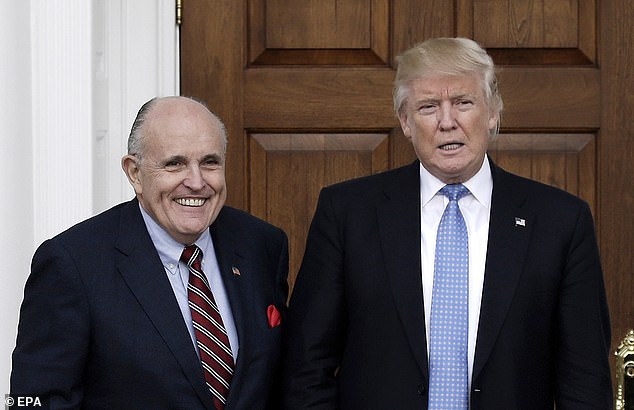 Earlier Friday, Giuliani (left, with Trump) said that he still planned to attend the conference even though his name had been tied to the whistleblower report over President Trump’s phone call with Ukraine President Volodymyr Zelensky just days beforehand 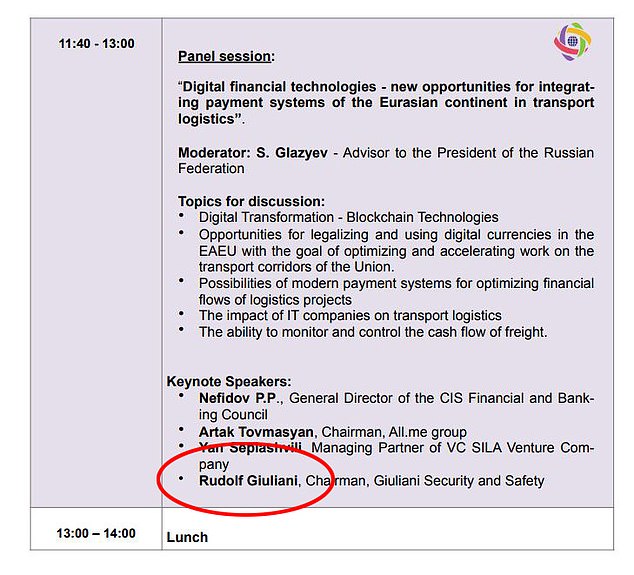 The conference’s program, showing Giuliani would be a keynote speaker on a panel moderated by Glazyev. Before cancelling, Giuliani said that he was going to be paid for his appearance

Following the newspaper’s report that he intended to travel to Armenia for the conference, which starts on Monday, Giuliani did an about face and cancelled his appearance just a few hours later.

During an interview about his decision to pull out of the conference, Giuliani’s excuse appeared to be that he ‘didn’t know Putin was going.’ He was also said to have  sent a text to a reporter stating that ‘Discretion is the better part of valor.’

The conference’s program – available online and written in English – clearly states that Putin will appear at the closing ceremony, which takes place on the same day as the panel that Giuliani was supposed to appear on.

Giuliani told the Washington Post that he had ‘never seen the website’ and thought that he was just ‘speaking at an Armenian security conference.’

Giuliani also denied knowing that Glazyev – who was, up until August, Putin’s top advisor and is thought to be in line to be the Russian president’s successor – was appearing on the same panel as he was scheduled for, as well.

This, despite Giuliani having appeared in the same conference in 2018, on a panel that Glazyev was listed as moderating. Giuliani was also pictured standing on stage near a seated Glazyev.

On Thursday, Giuliani told the Washington Post that he was also unaware that Glazyev would be on the 2018 panel that that when he found out, ‘the head of my security detail said [to the organizers], “The mayor is just going to be giving a speech and leaving, and if you don’t like that, screw you,”‘ Giuliani said.

Giuliani said that he couldn’t recall whether he and Glazyev spoke at the time. Upon being pressed, Giuliani apparently deployed sarcasm while saying, ‘I was discussing Russian collusion’ and ‘He helped me tank the case.’

Armenia, Belarus, Kazakhstan, Kyrgyzstan and Russia are the members of the Eurasian Economic Union.

Neither the White House nor the State Department commented on Giuliani’s scheduled appearance at the conference, but current and former White House aides told the newspaper that Giuliani does not clear media or paid appearances with the administration.