GKN promises are already being broken

GKN’s headquarters could be closed down following a takeover by City predators, it emerged last night.

Hours after Business Secretary Greg Clark claimed to have won assurances about the takeover, they appeared to be unravelling.

It emerged that a pledge made by bidder Melrose to keep the headquarters open referred to its own headquarters in Mayfair, central London, not the GKN base in Redditch, Worcestershire.

The development plunges the future of 260 workers there into doubt, while thousands of jobs at other GKN plants are also at risk. It has also emerged that Melrose’s ‘legally binding’ pledge not to sell the GKN aerospace division for five years has no basis in law.

Investors have until 1pm today to decide whether to back an £8.1 billion takeover of GKN, which made cannonballs for the Battle of Waterloo and Spitfires for the Second World War. On Tuesday Mr Clark appeared to suggest he had won assurances from Melrose that the GKN head office would be safe.

But last night critics said ministers needed to ‘wake up to Melrose’s spin’.

Rachel Maclean, Tory MP for Redditch, said she was ‘deeply concerned about the 260 jobs at GKN’s headquarters’.

Industrialist Richard Lapthorne, who led an 18-month study for the Government into the UK manufacturing industry in 2013, said ministers were failing to protect the sector and that Melrose’s undertakings were ‘probably not worth the paper they are written on’.

GKN, which has 58,000 staff worldwide including 6,000 in the UK, makes parts for car makers and commercial aircraft. It also makes parts for the Eurofighter Typhoon and F-35 fighter jets – among other major defence programmes. The takeover by Melrose – which snaps up under-performing firms and sells them on – has been opposed by politicians, workers, customers and shareholders. It is feared GKN will be broken up.

Mr Clark finally intervened this week. ‘I wrote to Melrose asking it to set out clearly its proposed commitments, including on maintaining the business headquartered in the UK,’ he told MPs. But the commitments included only a pledge to keep its own UK headquarters – not those of GKN. And Melrose sources yesterday admitted that its ‘legally binding commitment’ not to sell the aerospace division before April 1, 2023, was not, in fact, legally binding.

Melrose said it had ‘made it clear’ there will be job losses at the GKN offices. Mr Clark said he may yet intervene on national security grounds because of GKN’s defence products. 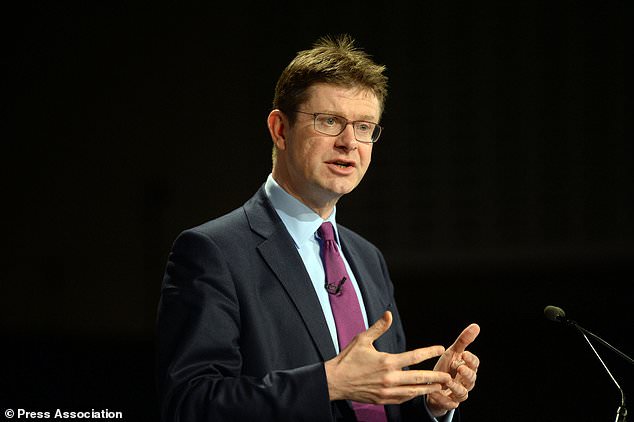