TikTok users have been cheekily speculating on Gladys Berejiklian’s next career path with a slew of edited videos showing the decorous Premier turned ‘bad’.

Since she suddenly resigned as NSW premier on Friday, social media users have shared clips of ‘Baddy Gladdy’ living it up by trading in her life of public service for designer clothes, fast cars, and partying with hordes of men.

The videos showed her dressed in raunchy, glamourous outfits as, alternatively, a Bollywood singer, a fashion model, and even a burglar.

One shows Gladys living a luxurious lifestyle as a model, based on a mashup of footage including scenes from the Versace Dylan Blue Pour Femme campaign, featuring Bella Hadid. 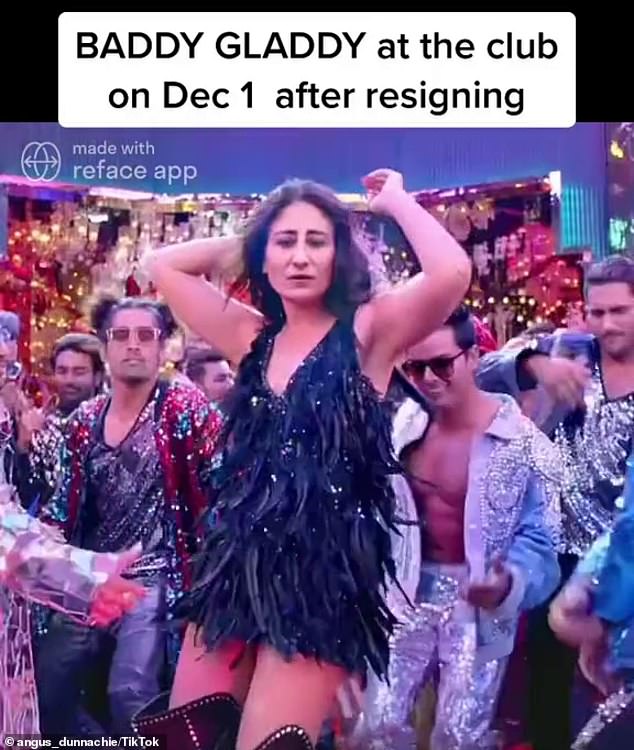 It begins with the ex-premier seductively leaning back as she sits in a window sill before cutting to her prowling around the floor of a warehouse in a Catwoman suit, with a Burberry bag draped around her neck.

Next, she is shown reading a Versace magazine in a one-piece swimsuit as she relaxes on a lounge in a beachside resort, cladded with thick gold necklaces and bracelets.

The footage, accompanied by JVLA  track ‘Such a W***e’, then flashes to the politician strutting down a catwalk before cutting to an image of her posing in a red-vinyl backless jumpsuit on the rooftop of a city skyscraper.

Another TikTok clip, titled ‘Baddy Gladdy at the club on Dec 1 after resigning’, shows her dancing in skimpy sequins dresses in a nightclub, in a mash of Indian music video Chandigarh Mein.

Featuring the Bee Gees & SG Lewis’ hit song More Than a Woman, the premier can be seen shaking her hips surrounded by a group of bewitched male dancers.

A third video, using takes from Kylie and Kendall Jenner fashion shoots, features the premier wearing an array of provocative garments as she poses in front of a photographer. 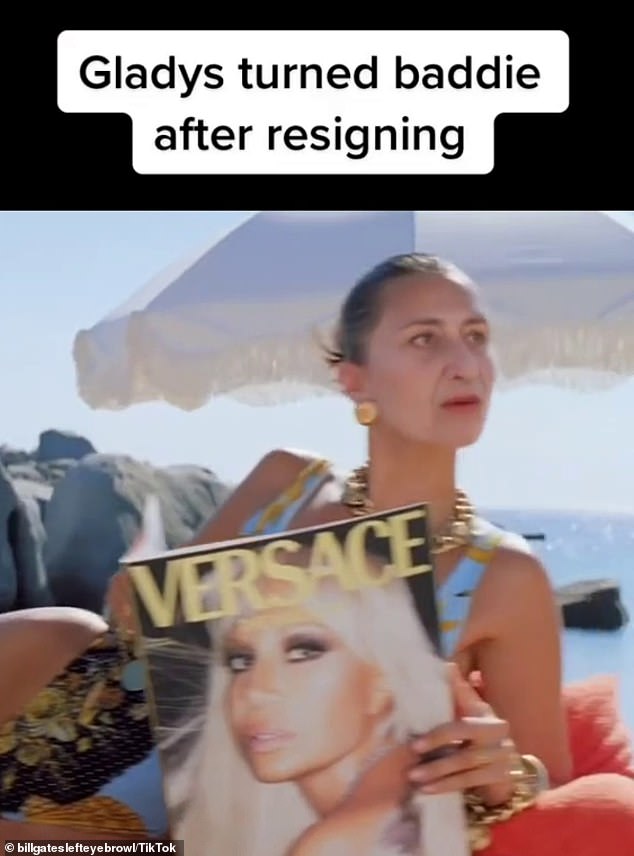 One clips shows the premier living a life of luxury in designer clothes, jetting around the globe to walk catwalks and lazing about in beachside resorts

Her hair, dyed to match her outfit, changes from purple, to yellow, to brown, with the premier shown attending fancy parties after spending the day in front of the camera.

The clips have gone viral, racking up more than two million views collectively, with many praising the the creators’ clever takes on the premier’s next endeavour.

‘Gladdy living her best life,’ one person wrote, alongside a laughing emoji.

‘OMG this is brilliant,’ another added.

One woman said the footage could be used for ‘her new Tinder photos’, while someone else commented: ‘She makes a good model’.

‘This is the low key reason why she resigned,’ someone else joked.

‘You go Gladys,’ a sixth said.

Ms Berejiklian announced she was quitting both as premier and an MP after the state’s corruption watchdog disclosed the 51-year-old was under investigation for potential breaches of public trust. 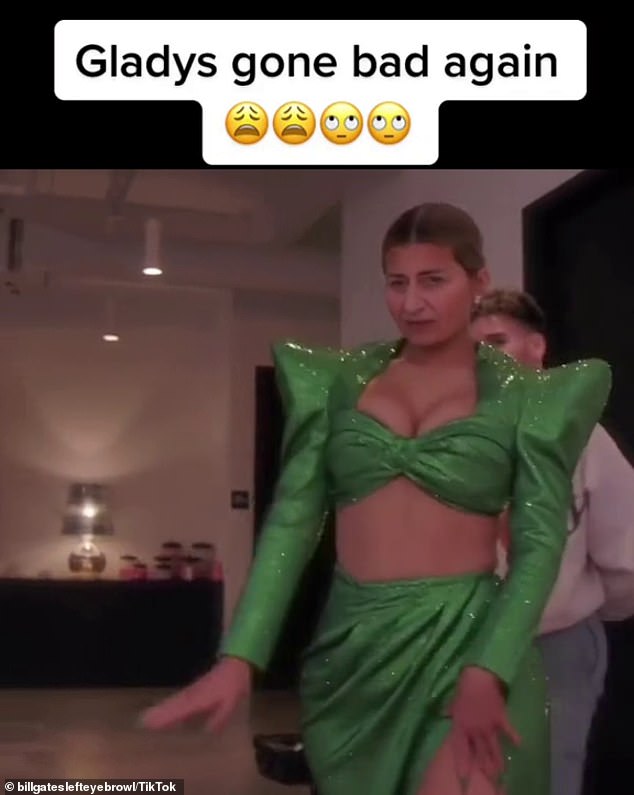 The Independent Commission Against Corruption is investigating whether Ms Berejiklian ‘exercised public functions’ in a position of conflict given her secret five-year relationship with ex-MP Daryl Maguire.

Since Friday, more than 30 petitions have been launched demanding the premier be allowed to stay in her position amid the investigation, garnering signatures from tens of thousands of devoted supporters.

NSW Treasurer Dominic Perrottet is expected to be announced as her replacement when the NSW Liberal parliamentary party will meet to choose a new leader on Tuesday.

It plans to look into whether Ms Berejiklian’s relationship with Mr Maguire, then the Wagga Wagga MP, affected those arrangements and constituted a breach of public trust or partial exercise of official functions.

ICAC will also investigate whether Ms Berejiklian should have ‘suspected on reasonable grounds’ that Mr Maguire may have engaged in corrupt conduct, and thus failed to report him to ICAC as required.

It will look into whether she ‘was liable to allow or encourage’ his conduct.

An ICAC public inquiry on the Berejiklian matter will be held for about 10 days from October 18, overseen by Assistant Commissioner Ruth McColl SC.