Premier Gladys Berejiklian has been accused of sending mixed messages to locked down residents across Greater Sydney during her latest press conference.

Ms Berejiklian and chief health officer Dr Kerry Chant both implored positive Covid cases speaking to contact tracers to ‘tell the truth’ about their movements in the community – adding they wouldn’t get in trouble.

The plea was immediately followed by NSW deputy police commissioner Gary Worboys listing off the infringements police had handed out for breaking restrictions on Friday. 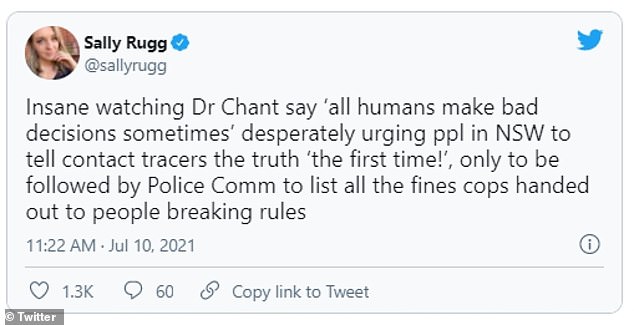 Speaking on Saturday as she announced another 50 new Covid cases in NSW, Ms Berejiklian said the restrictions weren’t being followed enough.

‘Unfortunately, the vast majority of people who have been infectious have chosen not to do the right thing in the last few days,’ Ms Berejiklian said.

Of the 50 cases 37 were in the community for either all or part of their infectious period.

‘We know that everyone is human and can make poor decisions, but please don’t compound that initial mistake by not telling us the truth,’ Dr Chant said.

After a summary of the fines handed out the previous day, Ms Berejiklian added people wouldn’t penalised.

‘Please tell us the truth at the beginning – you won’t get in trouble. We just need you to tell us so we can make sure all of your close contacts, all the people we need to get to, we get to,’ she added. 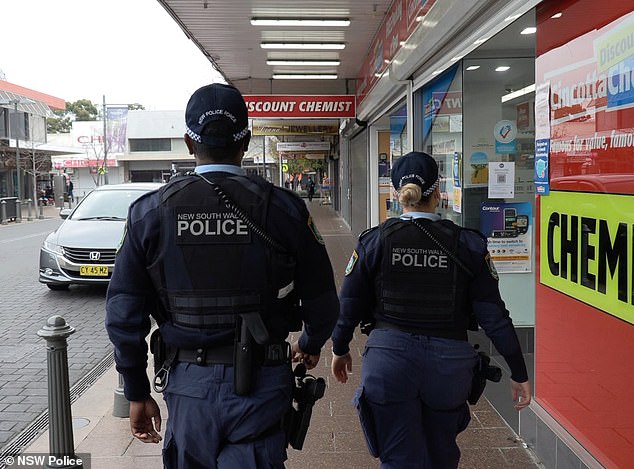 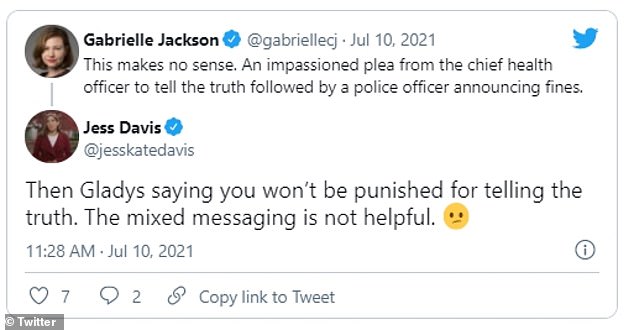 Many said the mixed messaging was not helpful.

‘They say people who talk openly to contact tracers aren’t fined and then there a police report during every presser,’ one person wrote to Twitter.

However, one person pointed out police were handing out fines on-the-spot to stop any danger of the virus spreading whereas contact tracers were just tracking movements.

‘Tracers are chasing potential exposures and are not reporting historical rule breaches to police,’ they said. 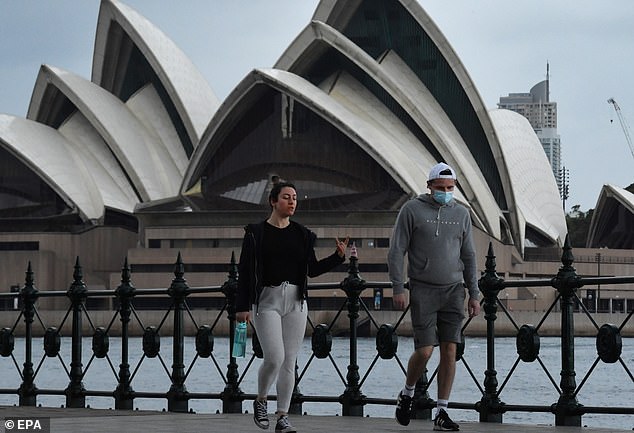 Masks are compulsory at indoor public venues in NSW an optional outdoors (pictured: a couple walk along Sydney Harbour on Saturday)