A glamorous bartender flew into a jealous fit of rage and glassed a woman after she spoke to her boyfriend, a court was told.

Sarah Bryan, 20, appeared in Albury Local Court on Tuesday where she pleaded guilty to assault occasioning actual bodily harm over the altercation in a regional NSW pub.

The court heard the 20-year-old victim – a friend and ex-colleague of Ms Bryan’s boyfriend – ran into the couple at Albury Public House on July 17.

Sarah Bryan, 20, (pictured) was fined $500 and sentenced to a 12month community corrections order after glassing a woman at Albury Public House during a jealous fit of rage

Ms Bryan, who does not bartend at the venue, watched from afar as her boyfriend spoke to the 20-year-old, according to The Daily Telegraph.

Roughly two hours later Ms Bryan approached the victim in a fit of rage, pouring her drink on the 20-year-old before throwing the empty glass at her head.

CCTV footage from the venue clearly shows the glassing despite Ms Byran initially denying both the offence and knowing the victim. 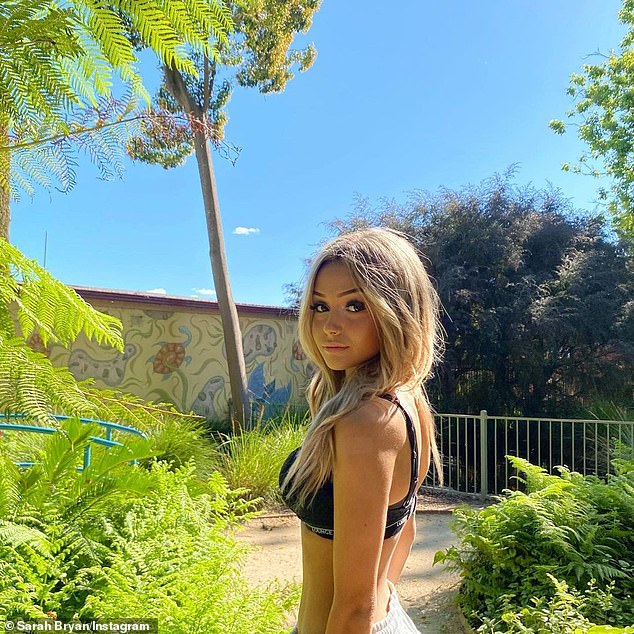 Ms Bryan’s defence lawyer told the court the accused was unaware the cup was made out of glass and it accidentally ‘fell out of her hand’.

‘Ms Bryan tipped the glass over the woman’s head and the glass then slipped from her fingers and onto the victim’s head,’ he told the court.

Magistrate Miranda Moody blasted the altercation in court calling it a ‘dangerous and stupid act’ that could have resulted in serious injury.

‘If that is how you behave when intoxicated then you need to take a serious look at not drinking.’

Ms Bryan was slapped with a $500 fine and sentenced to a 12-month community corrections order. 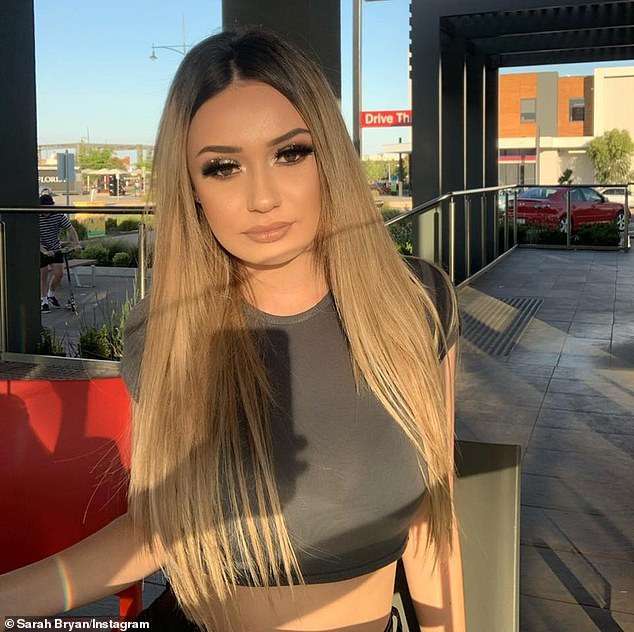