A woman has shared her amazing body transformation after shedding almost 3st.

Emma Young, 23, from Glasgow, took to Twitter to share two images three years apart that were taken in front of the same hotel mirror in Tenerife.

She explained that in the first image, taken in 2016, she felt at her ‘lowest’ and tipped the scales at 10st 7lbs.

Through dieting and hitting the gym, she shed 2st 12lbs and returned to the holiday snap in September last year and snapped the second picture of her now 7st 9lbs frame.

Emma Young, 23, from Glasgow, took to Twitter to share two images three years apart that were taken in the same hotel in Tenerife. Pictured, at  10st 7lbs (left) and at 7st 9lbs (right)

Emma wrote alongside the pictures in her viral tweet, published on Thursday: ‘Same hotel three years apart. Three and a half stone down. Madness to see how far I’ve actually came. Here we go.’

Emma garnered over 850 retweets and nearly 40k likes for her post, and was so inundated with questions about her weight-loss that she took to her Instagram page to run a Q&A.

Through dieting and hitting the gym, Emma shed 2st 12lbs and now feels much better than she did. Pictured, Emma before a night out in 2016 (left) and on her 23 birthday in November

She said the first image, taken in August 2016, was her at her lowest point where she would cry before nights out. In February 2017 she started her weight loss journey.

‘The main thing is you need to be in a calorie deficit, which depends on your weight and height etc,’ Emma, who is 5ft, said.

– Emma eats 1,500 calories per day as it suits her weight and height

– Emma trains with a PT twice a week, sometimes three

– She does Metafit high-intensity classes

– She does circuits and weights, including dead lifting

Emma lost her first stone by following a Slimming World plan and committing to one high intensity work out per week, as she couldn’t stick to using a personal trainer because she was ‘lazy’.

Now she works out with a personal trainer two or three times a week, along with Metafit high-intensity classes, circuits and weights.

Emma is also careful about what she eats – although she does still allow herself Nando’s and a night out every week, if she wants it.

‘I’m not extremely strict about it because it’s about balance,’ she explained, adding: ‘If I’m good 5/6 days out of 7 then a cheat meal is allowed. You’ll be able to stick to healthy eating so much more if you allow yourself a cheat meal.’

She continued: ‘Best way to track your progress is 1000% by taking before and after pictures. Also helps motivate me when all I want to do in winter is eat every single bit of chocolate/crisps/pizzas/Chinese there is.’

Emma told how she hadn’t seen the ‘before’ mirror snap for ‘years’ until she recently stumbled across it. 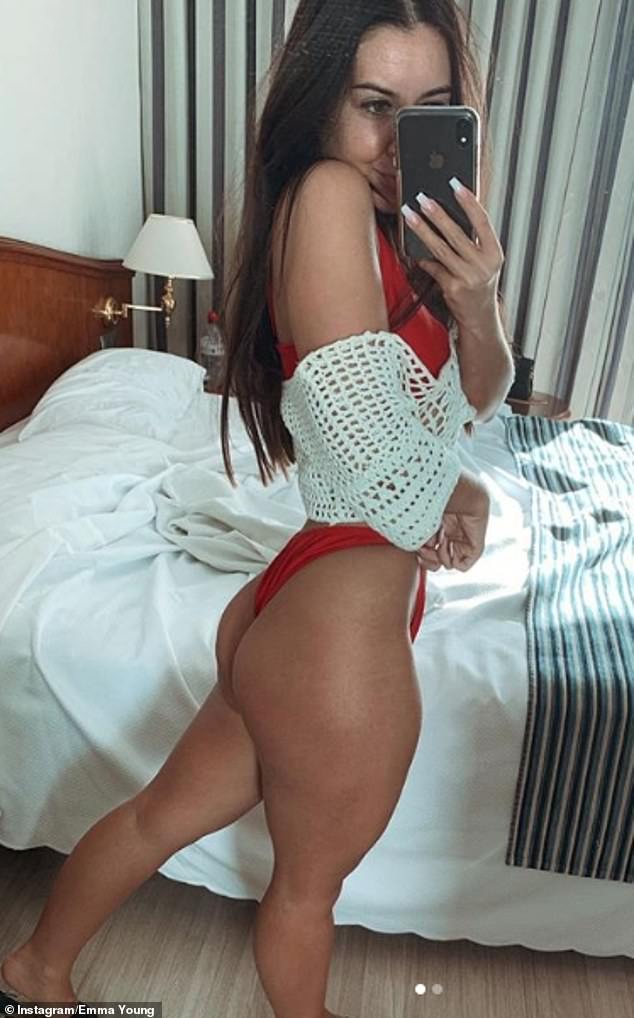 Emma lost her first stone by following a Slimming World plan and committing to one high intensity work out per week. Pictured, Emma in a snap recently shared on Instagram

Emma said taking ‘check in pictures’ helps inspire her and aids in monitoring her progress. Pictured, Emma in August 2016 (left) and in November last year (right), after her weight loss

She continued: ‘Definitely don’t realise how far I’ve come at times. Challenging myself for 12 solid weeks very soon to do a photo-shoot organised by The Glasgow PT.’

The 23-year-old now hopes the ‘after’ holiday post will become her ‘before’ snap for her next body transformation challenge, and intends to follow up with a second side-by-side comparison in May.

She said you ‘seriously need to want it,’ when answering how she stays motivated .

She added: ‘If I can do it so can anyone, the hardest thing to do is pick yourself back up after feeling low and s**** within yourself, but once you do trust me it’s worth it.’ 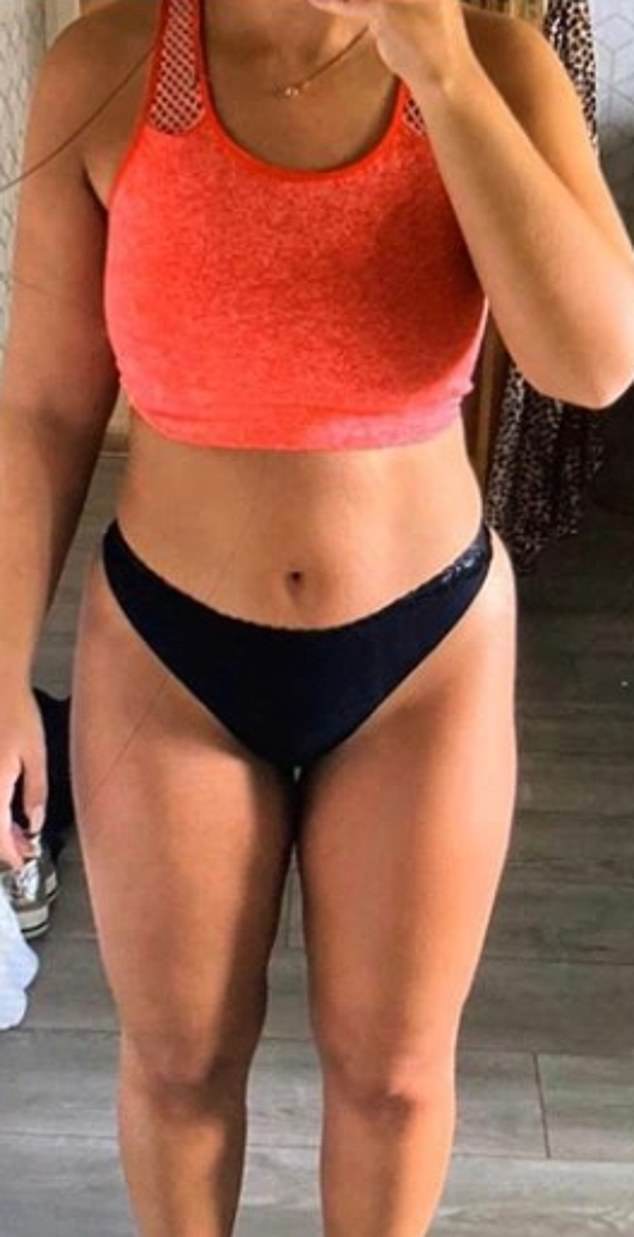 Emma shared this picture of her in the process of her impressive transformation, in January 2019. Emma said she now trains two, sometimes three, times a week