Glass bottle deliveries up 25 per cent

Glass milk bottles that can be returned, washed and re-used are making a comeback

Glass milk bottles that can be returned, washed and re-used are making a comeback as the backlash against plastic grows.

Doorstep deliveries of glass bottles are up by a quarter in just two years to about one million, according to industry body Dairy UK.

With families turning away from plastic, the traditional milkman is the best option for those who are switching to relatively heavy glass bottles.

A returnable glass milk bottle makes an average of 20 round trips on the doorstep, while a plastic version is used just once.

Angelo Dragone, of Nigel’s Dairy, which supplies south and west Wales, said that there was a new thirst for milk in glass bottles.

‘The glass milk bottle is coming back and people really seem to want them on the shelves,’ he said. ‘We are seeing a big difference with communities coming together and supporting the anti-plastic campaign. Our Facebook page has been filled with people asking, “Where can you stock glass milk bottles where I live?”’

The clamour to avoid waste from plastic – led by the Mail’s Turn The Tide On Plastic campaign – has seen shoppers who once shunned the milkman in favour of supermarkets go back.

Parker Dairies in East London, which has a fleet of 25 floats, has seen a sharp rise in demand for doorstep deliveries. 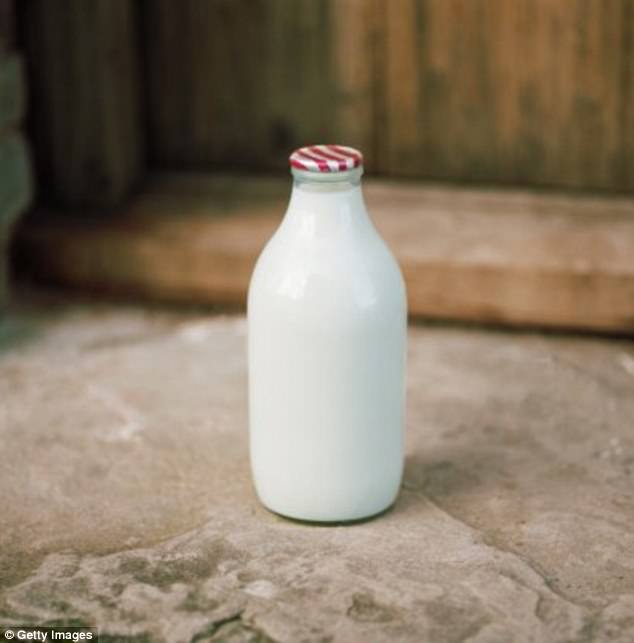 With families turning away from plastic, the traditional milkman is the best option for those who are switching to relatively heavy glass bottles

Depot manager Paul Lough said: ‘We have seen a massive increase. I do think it is largely because of people trying to get away from plastic. I think the idea of going back to glass bottles and milk floats has captured people’s imagination.’ The Cotteswold Dairy, in Tewkesbury, Gloucestershire, said it had noticed an upsurge.

Brand development manager Roseanne McEwan said: ‘We have produced and bottled glass milk since my grandfather started the business in 1938. 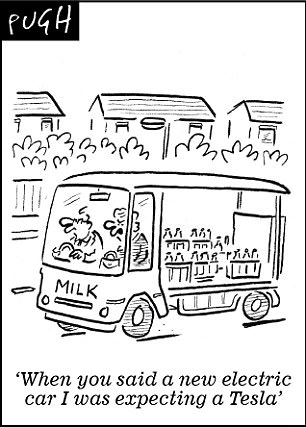 ‘When the supermarkets started selling milk, sales dropped. However over the last couple of years, we have noticed more people interested in a doorstep delivery and even over the last week, we have picked up 50 new calls.

‘With all the recent news on the use of plastic, people are wanting milk in glass bottles as one way to help cut down their plastic consumption.’

In 2016, dairy giant Muller bought Hanworth Dairy in South West London and pledged to save its glass bottling plant and delivery service which had been earmarked for closure.

The company has since created the Milk&More service, bringing bottled milk and other products to 600,000 doorsteps across the country. Patrick Muller, the head of Milk&More, said that glass milk bottles were ‘part of the fabric of British life’.

However, turning away from plastic is not cheap. A pint of milk in a glass bottle from a milkman would be around 70p, compared with 50p from a supermarket.