Glassing victim, 22, now can’t bear to look at herself in the mirror

A glassing victim who was slashed in the face on a night out by a beautician says she can’t bear to look at her reflection in the mirror.

Abbie Watson, 22, was left with life changing scars down the length of her face after the brutal attack by Demi Marshall, 26, in a pub in Newport, South Wales.

Marshall has been jailed for six years after Miss Watson needed stitches from her chin to above her eye – that has not healed seven months later.

Abbie Watson (pictured) 22, from Newport, South Wales, was left with life changing scars down the length of her face 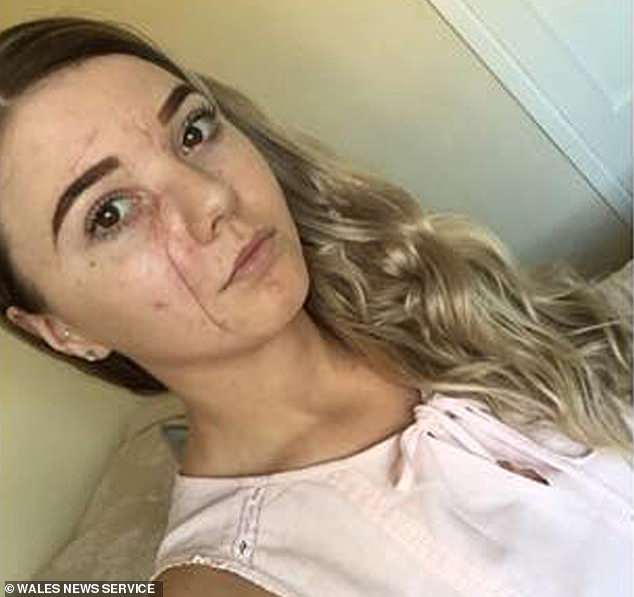 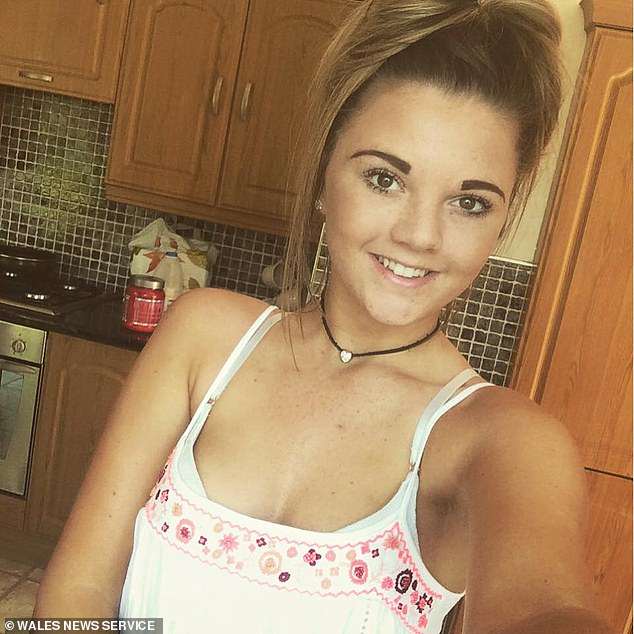 A court heard Miss Watson has been unable to look at her own reflection for months.

She said: ‘I had to take down all the mirrors in the house because I found it too upsetting.

‘I cannot face going out. This scar is not going to heal.’

Cardiff Crown Court heard Marshall thrust the glass ‘with some force’ into Miss Watson’s face in a short row in the pub. 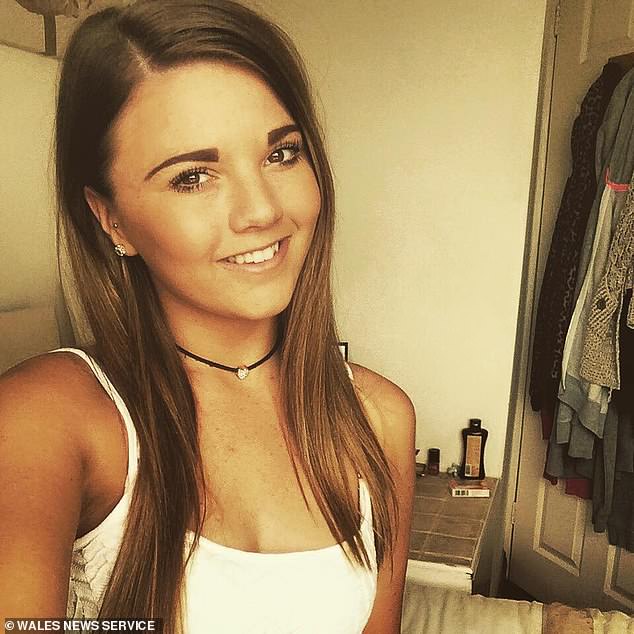 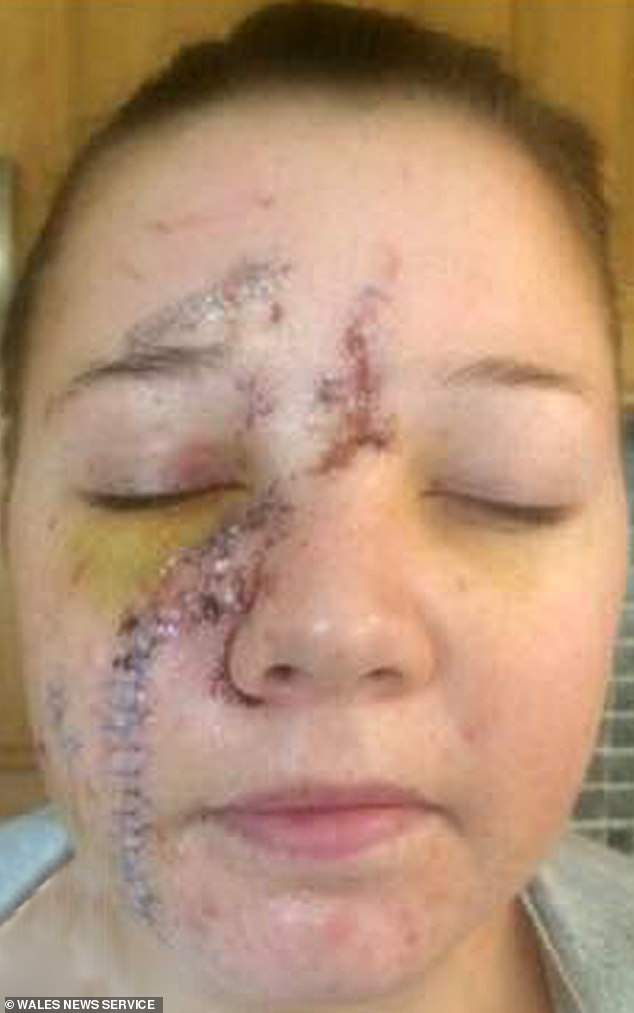 Miss Watson passed out after the attack was left covered in blood leaving family members fearing for her life.

She said she has had nightmares about the scarring and flashbacks of the attack causing her to wake up crying.

Marshall, a mother-of-two denied wounding with intent to inflict grievous bodily harm but was found guilty by a jury. 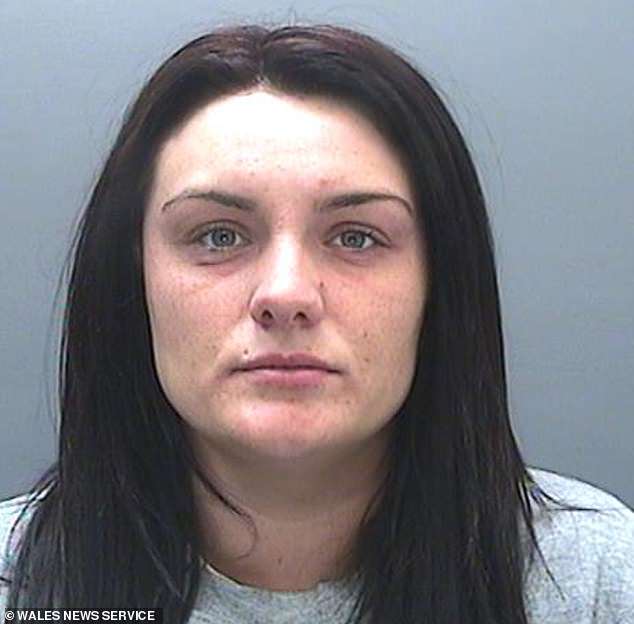 Demi Marshall (pictured) 26, has been jailed for six years for wounding with intent to inflict grievous bodily harm

Ieuan Rees, defending Marshall, said the attack was not premeditated but a spur-of-the moment drunken spat on a night out.

He said: ‘Any intention was formed in a split second at the last moment.’ 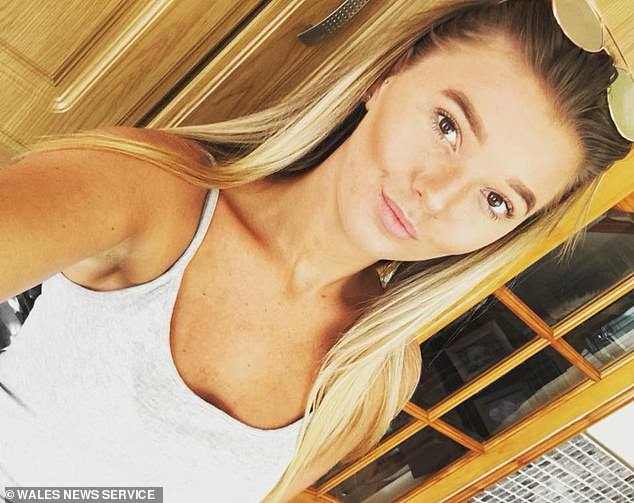 He said: ‘You smashed a glass with some force into Abbie Watson’s face.

‘What you did caused terrible facial injuries. Being scarred at all is bad enough, but being scarred in that way to the face means there is a constant reminder of what happened.

‘Causing these sorts of injuries, with these consequences, must be met with the proper sentence.’ 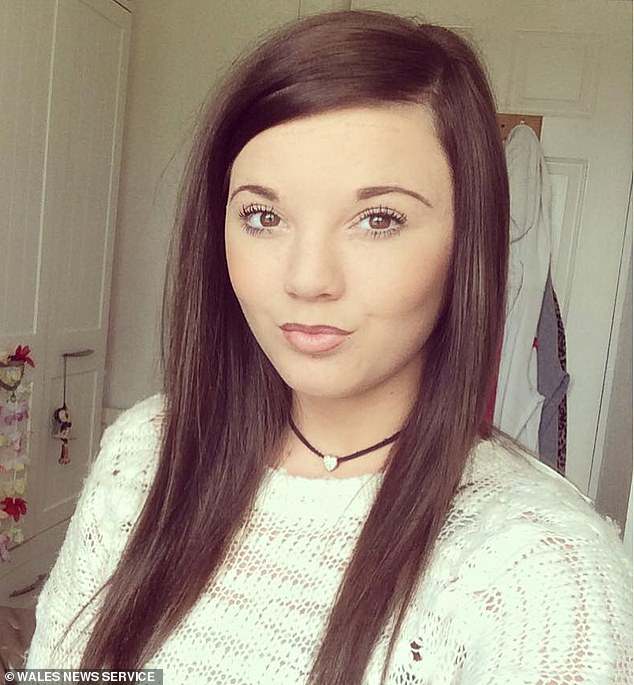