Glastonbury is back! Festival organisers announce ‘epic’ five-hour livestream featuring Coldplay will take place at Worthy Farm in May… after 50th anniversary event was cancelled

Glastonbury organisers have announced plans to launch a scaled down virtual replacement for the three day music festival on May 22nd, with artists including Coldplay set to perform.

The festival’s 50th anniversary extravaganza, originally scheduled for 2020, has been cancelled for the second consecutive year amid health and safety concerns regarding the ongoing coronavirus crisis.

Speaking to Radio 2 presenter Dermot O’Leary on Wednesday morning, Emily Eavis revealed they will be replacing the main event with a five hour special filled with a roster of special guests, to be held at Somerset’s Worthy Farm.

Exciting: Glastonbury organisers have announced plans to launch a scaled down virtual replacement for the three day music festival on May 22nd, with artists including Coldplay set to perform

The livestream event will also give festival regulars an opportunity to revisit some of the venue’s popular landmarks, among them its legendary stone circle.

She said: ‘Since last March we have been working on our first global ticketed live stream event. It’s taken a long time to get to this point, and we’re pleased to announce today that on the 22nd of May we’re going to be streaming an incredible line up of artists, all from Worthy Farm.

‘We’re taking you through a five hour journey during an evening at Worthy Farm with artists, so it’s going to be like the festival but without people.’ 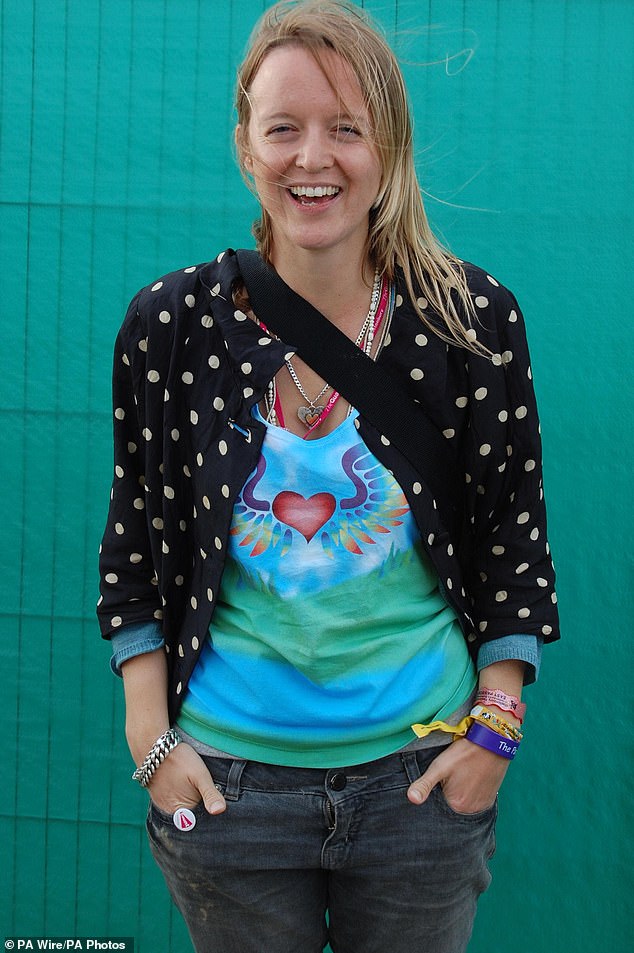 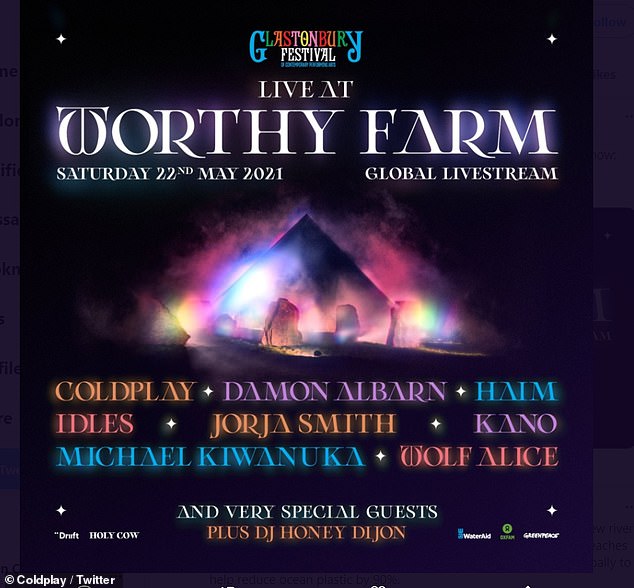 She added: Essentially we have go incredible bands like Coldplay, Damon Albarn, Idles, Michael Kiwanuka, Jorja Smith and lots and lots of very special guests along the way.

‘We’re going to take you on a journey through all of those spots that you know and recognize from Worthy Farm, so the woods, the railway line, the stone circle, and it’s going to build into this whole epic journey.’

Coldplay later confirmed their participation in a tweet shared with their 23million Twitter followers, describing the event as a ‘five hour magical mystery.’ 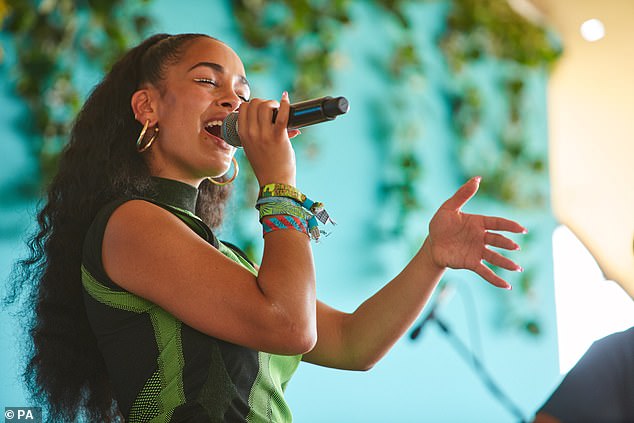 Other guests to feature at the event include Wolf Alice, Haim, Idles and Kano, with tickets on sale now.

It was announced in January that the prestigious festival, which runs annually, had been cancelled for the second year running due to the pandemic.

Eavis later suggested that Glastonbury could return in some form, saying an application had been made to put on a concert in September. 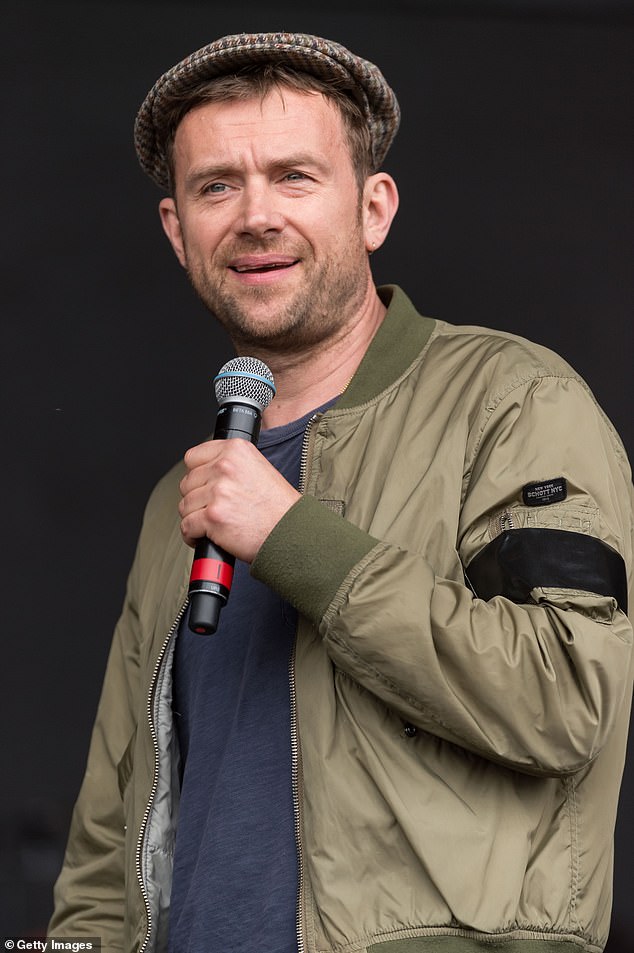 In a post on Instagram she said: ‘For those asking for an update on our plans later this year, we have put an application in for a licence for a concert at the farm in September (around the time we’d usually do Pilton Party).

‘Of course, we’ve no idea yet whether we’ll [be] able to do that, but we wanted to get the application in to be in with a chance.

‘Unlikely we’ll have any news for a couple of months – but will let you know right here when we do.’

She added: ‘It’s not definite that it’ll go ahead but needed to set the early wheels in motion now.

This year’s festival was sold out after tickets from last year’s event, which would have marked its 50th anniversary, rolled over.

Sir Paul McCartney, Taylor Swift and Kendrick Lamar were all due to perform.