Top Gun: Maverick star Glen Powell’s mom strikes back at an online troll who made fun of her son’s name

The 30-year-old actor shared a screenshot of a Twitter exchange featuring his mother Cyndy on Saturday.

The proud mother swiftly shut down an anonymous troll looking to shame her son for having a supposedly unmemorable first name.

Looking out for him: Glen Powell, 30, shared a screenshot of his mother smacking down a Twitter troll who criticized his name on Saturday

The exchange featured a troll jumping into a discussion about Glen (which wasn’t included in the screenshot).

‘Also Glen Powell would’ve been a movie star faster if he wasn’t called Glen,’ they tweeted.

But the actor’s mother, who tweets as Momma Powell, was quick with a rejoinder.

‘We didn’t think he was going to amount to anything,’ she wrote. ‘Sometimes kids don’t listen and they just chase their dreams no matter what their names are.’ 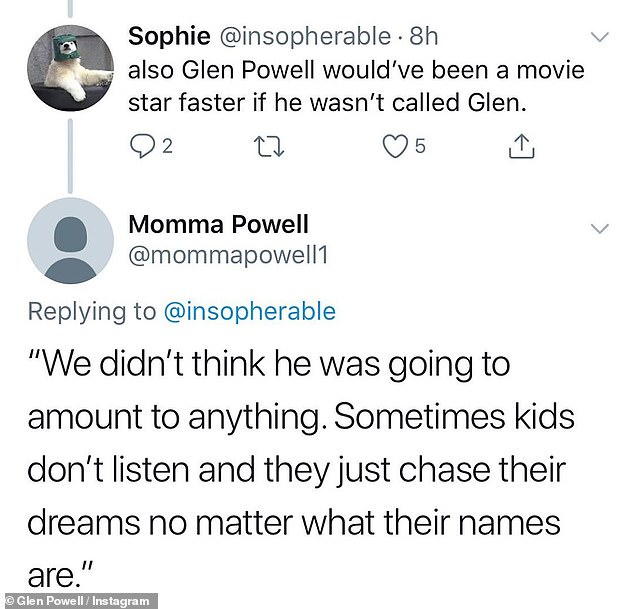 A boy’s best friend: After the troll said Glen would have been more successful with a different name, his mother Cyndy shot back that he would chase his ‘dreams no matter what’ 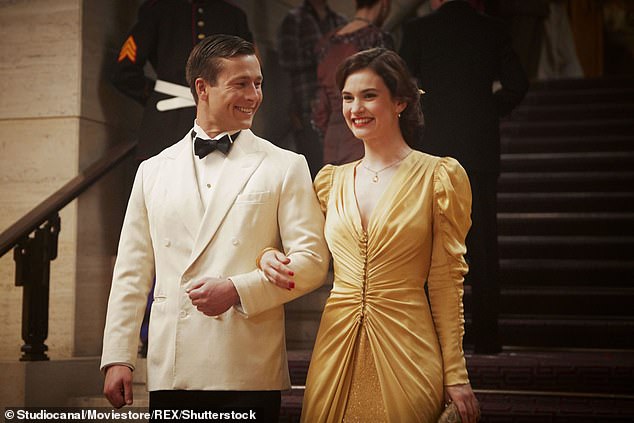 On the prowl: ‘Beware: Mama Powell is Troll-hunting,’ Glen joked in the caption; still with Lily James from the Guernsey Literary and Potato Peel Pie Society

‘Beware: Mama Powell is Troll-hunting,’ Glen joked in the caption.

Contrary to what the troll thought, Glen’s career has seen him swiftly rising from small bit parts to major roles in critical and commercial successes.

After making his on-screen debut in 2003’s Spy Kids 3-D: Game Over, he graduated to roles in The Dark Knight Rises and The Expendables 3.

He played a major role in Richard Linklater’s acclaimed comedy Everybody Wants Some!! and played astronaut John Glenn in the Oscar-nominated hit Hidden Figures. 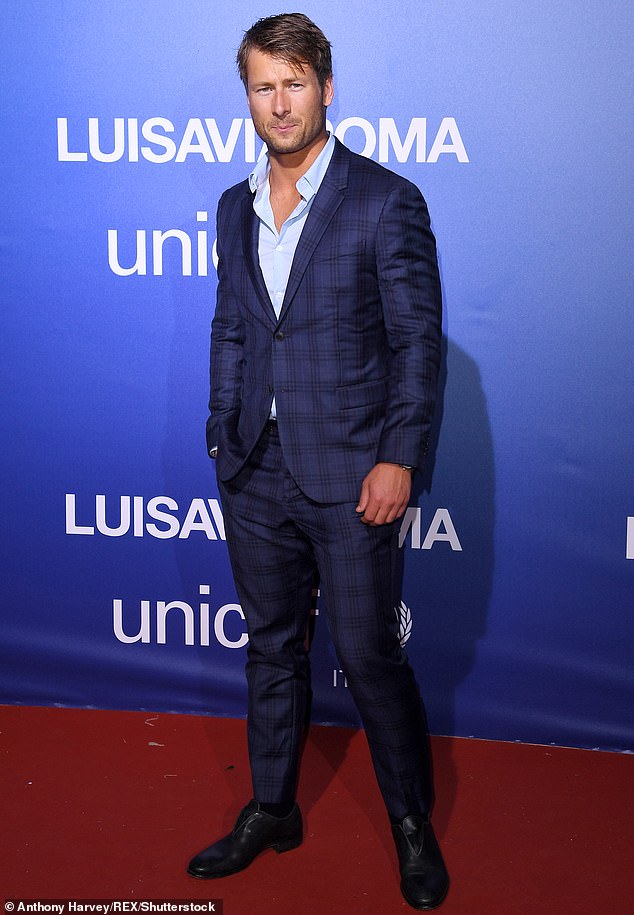 On the rise: Glen’s career has seen him graduate from bit parts to small roles in major films like The Dark Knight Rises 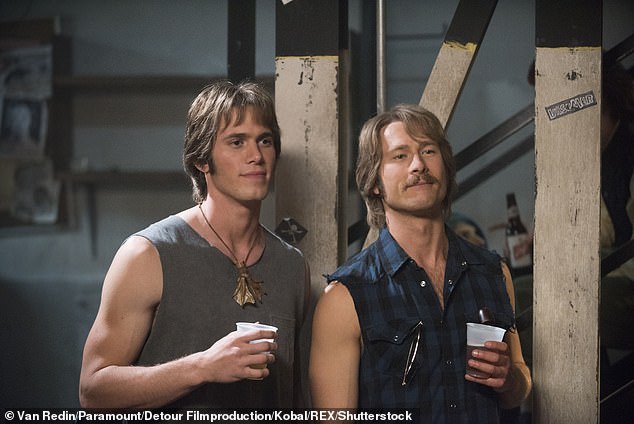 Glen was credited with helping to revive the romantic comedy genre thanks to his role opposite Zoey Deutch in the 2018 Netflix film Set It Up.

Glen and Zoey starred in the film, which holds a 91 percent fresh rating from Rotten Tomatoes, as assistants to similarly high-strung and borderline-abusive bosses.

After running into each other by chance, the two assistants devise a plan to set up their bosses with each other in hopes of cooling down their mercurial tempers.

The popularity of the streaming film led to a second collaboration between Glen and Zoey, an upcoming movie tentatively titled Most Dangerous Game.

The movie will also reunite the two with their Set It Up scribe Katie Silberman. 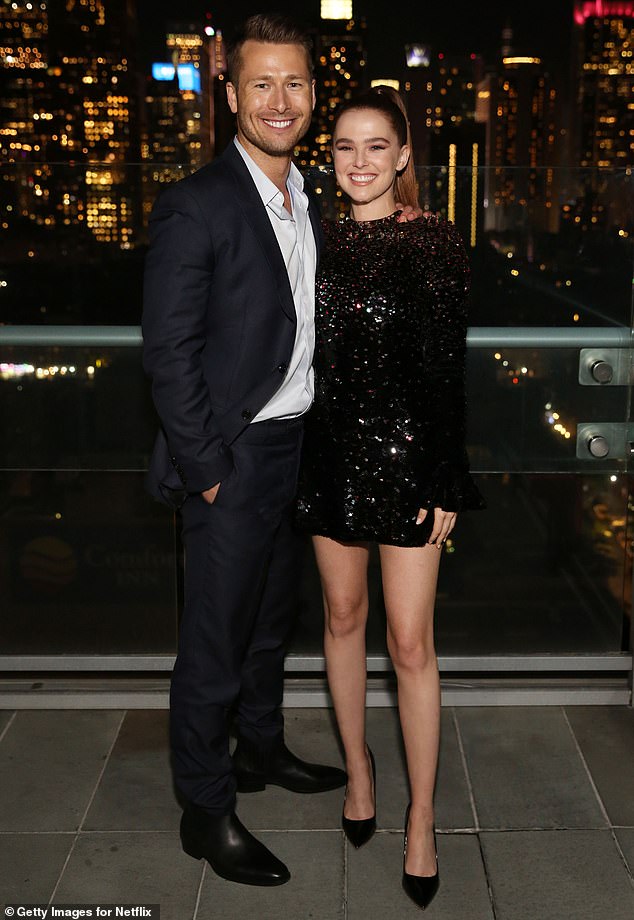 Big time: The actor was credited with helping to revitalize the romantic comedy thanks to his contributions to Set It Up, a 2018 Netflix film he co-starred in opposite Zoey Deutch; pictured together in 2018