Football legend Glenn Hoddle revealed he ‘died for 60 seconds’ when he collapsed after suffering a cardiac arrest in a television studio.

The former England manager said he was ‘gone’ after his heart stopped while filming at the BT Sport studios on his 61st birthday in October.

A sound engineer rushed to his aid and broke seven ribs while frantically pounding his chest to bring him back to life.

The ex-Spurs and Chelsea boss told The Sun: ‘My heart stopped for at least 60 seconds. I was gone. The engineer ran to me and brought me back to life.’

Hoddle suffered cardiac arrest after playing a game of football while appearing as a guest on Live Saturday Morning Savage show. 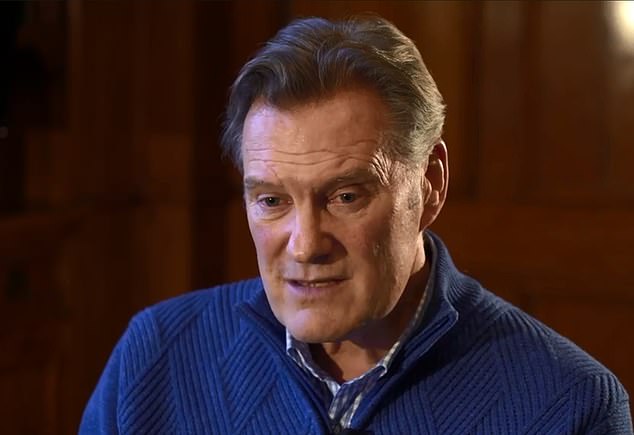 Just as the show finished he fell backwards and smashed his head on the floor.

But he was quickly given CPR at the studios in East London by sound engineer Simon Daniels, who is credited with keeping him alive. Hoddle was then airlifted to hospital.

The former football manager believes he would not be alive to tell the story if the cardiac arrest had happened elsewhere.

He said: ‘It goes without saying if my cardiac arrest had struck on the golf course, or when I was watching Spurs play in the Netherlands a few days earlier, I’d be a goner.’

Hoddle received major surgery to have a heart bypass to restore blood flow at St Bartholomew’s Hospital in London two weeks after the incident. 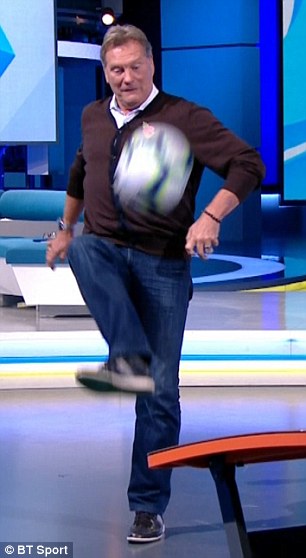 A bypass operation involves taking a vein from a leg or arm and grafting it on to the heart to act as an alternative route to keep blood flowing to the vital organ.

The father-of-three recalled the moment he was in the ambulance and he came round to see his son Jamie before he fell unconscious again, according to the newspaper.

He later woke up in hospital and ‘groggy’ and confused and was unable to remember little detail from the shocking incident.

Hoddle, the England boss from 1996 to 1999, said his ‘mind has been blown’ after receiving heartwarming messages of support from well-wishers after the ordeal.

He said: ‘When I am out trying to build up strength on one of my walks I have drivers beeping their horns and giving me the thumbs-up, and people stopping to say “Hi”‘.

And the football pundit welcomed the Government’s decision to make it compulsory for school children to be taught how to use a defibrillator and perform CPR.

The trauma has also inspired his employers BT Sport and ITV to increase their first aid training and the number of defibrillators at their outdoor broadcasts.