This is the moment an ex-boyfriend tried to snare the woman who’d dumped him by tricking her new partner into cheating – only to force them further apart.

Adam enlisted the help of YouTube channel To Catch A Cheater, telling them his honey trap plan was the only way to convince his ex to take him back before the show secretly filmed Brazilian model Bree’s seduction attempt.

Meeting with the hosts and his former lover to watch the clip, Adam was convinced she still had feelings for him.

‘It’s easy to get love back though you know, once you love something you can love it again,’ he said in footage seen by The Sun.

The former couple then watched the secret recording, which showed the flirtatious model flaunting her curves and her unsuspecting victim if she was dressed too provocatively. 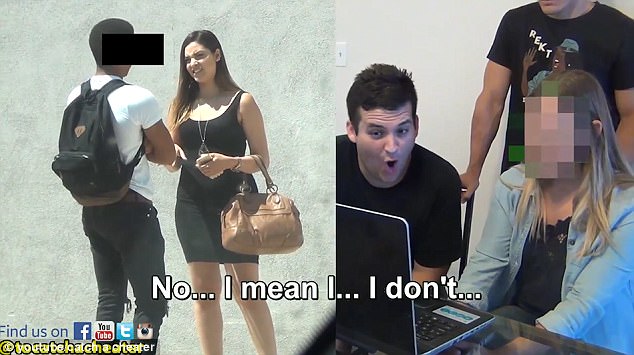 Telling him she was waiting for a job interview, she can be hear asking him if he wanted to grab a drink before they swapped numbers.

She then asked if he knew about Brazilian kissing and asked whether he was single. 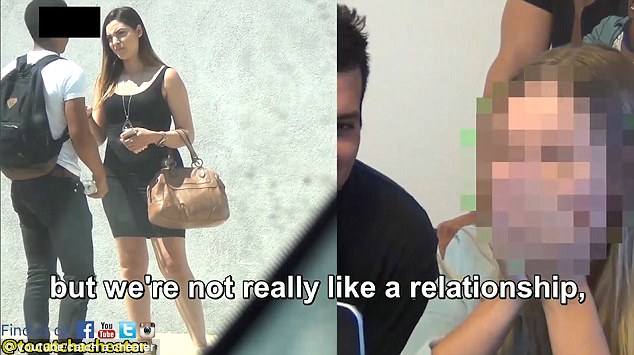 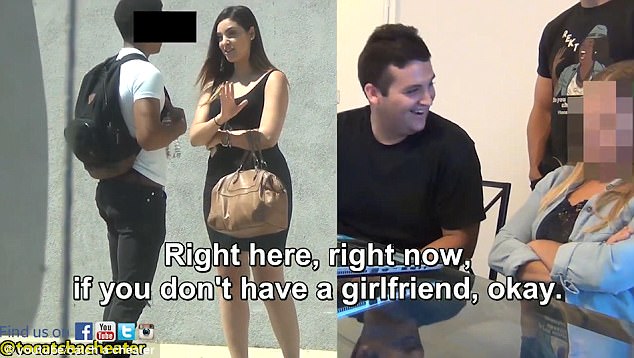 After he denied having a girlfriend, the footage shows them kiss in the street as a beaming Adam says ‘and the crowd goes wild’ while he watches.

Despite her devastation, Adam was shocked to see his ex-girlfriend turn on him and insist there’s no way they’re getting back together. 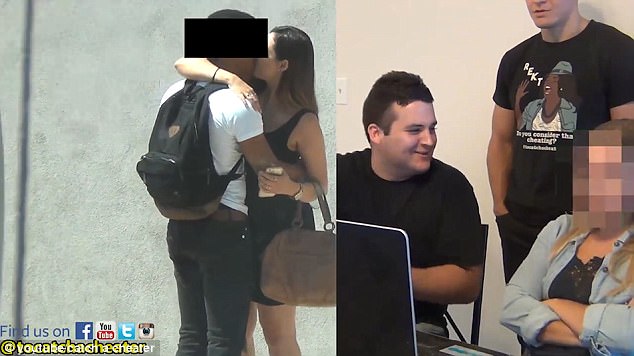 He expected this to be the moment he got his relationship back, but his ex wasn’t impressed

‘This is why I broke up with you,’ she said. ‘I don’t think I could have even resisted that girl.

‘I probably would have made out with her.’

The same YouTube channel showed a man suggesting his girlfriend be killed after watching her kiss another man.