Soaring numbers of antibiotics are being taken worldwide, raising fears the drugs will become useless.

Countries including Spain and Greece, which hand out antibiotics over the counter without prescription, are fuelling the rise in antibiotic use.

Britain, where the chief medical officer has warned of a ‘post-antibiotic apocalypse’, is cutting back on antibiotics. But previously poor countries are using them more often, with African doctors now handing out the drugs for malaria.

The latest figures show global antibiotic use has soared by almost 40 per cent in 15 years, raising fears of a ‘tipping point’ beyond which routine operations could become deadly.

This is because too many people using antibiotics creates ‘superbugs’ resistant to the drugs, which could infect people following surgery.

A study of 76 countries involving Princeton University found the global population took an estimated 35 billion daily doses of antibiotics a day in 2015.

Spanish people take the highest number of antibiotics per person of any high-income country. Greece, France, Belgium and Ireland are also using large numbers of the drugs.

But the rise is chiefly being driven by low-income countries where people are now richer and able to afford to take antibiotics such as penicillin, even when they are unnecessary.

Dr Herman Goosens, a co-author of the report and Professor of Microbiology at the University of Antwerp, said: ‘This milestone paper on global antibiotic use should create awareness about excessive antibiotic use in countries, and provide an incentive to all governments to improve antibiotic prescribing.’

Antibiotics treat infections caused by bacteria but are often prescribed wrongly and unnecessarily for those caused by viruses, such as ear infections or the flu. 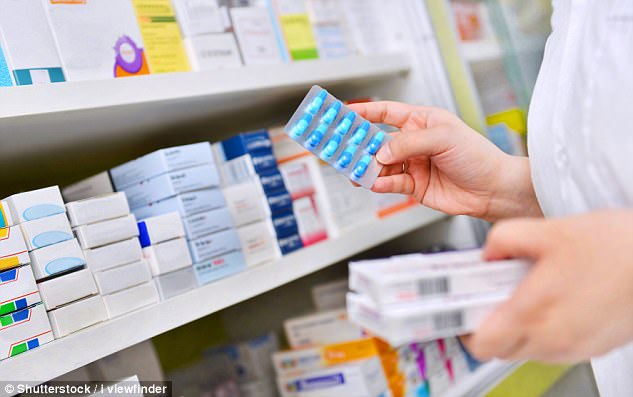 Previously rich countries have taken the lion’s share of the drugs, but some low and middle-income countries are now overtaking them.

This is due to people being better able to afford antibiotics, coupled with a rise in illness from city living and traffic pollution, according to the study published in the journal PNAS. India, China and Pakistan are now the leading low and medium-income countries taking antibiotics.

The consumption rate of broad-spectrum penicillins, the most commonly used class of antibiotics, rose 36 percent between 2000 and 2015. The greatest leap was seen in poorer countries, where the consumption rate increased by 56 percent, compared to 15 percent in high-income countries.

But new and last-resort antibiotics are also being used in increasing numbers, with the US a large consumer.

Dr Eili Klein, a co-author of the report from the US-based Centre for Disease Dynamics, Economics and Policy, said: ‘Finding workable solutions is essential, and we now have key data needed to inform those solutions.

‘Now, more than ever, we need effective interventions, including stewardship, public education, and curbing overuse of last-resort antibiotics.’