Jane Fonda and Gloria Steinem have spoken out about the prevailing issues of sexual assault and sexual harassment in society, blasting President Donald Trump for contributing to the problem.

The two feminist activists and co-founders of the Women’s Media Center appeared on MSNBC on Wednesday night to share their thoughts about the Harvey Weinstein scandal, as well as the hurdles that women still face when it comes to harassment.

Neither minced words when it came to condemning Trump, with Fonda describing him as ‘predatory’ and noting that he is a ‘self-confessed harasser.’ 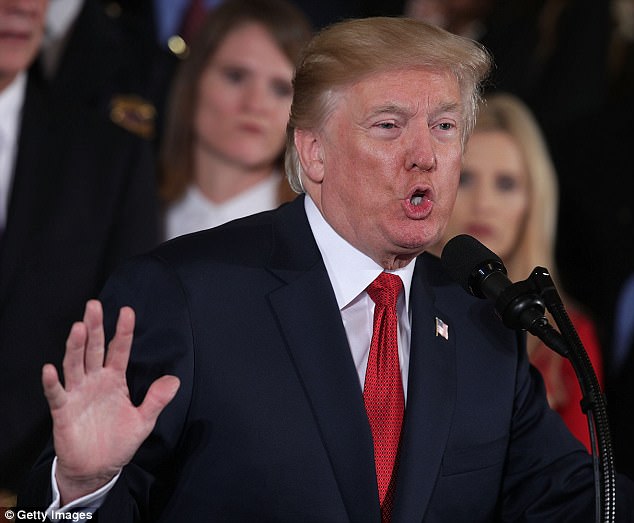 Not impressed: Fonda called President Donald Trump ‘predatory’ and a ‘self-confessed harasser’, referring to his comments about grabbing women by their genitalia

The two women were explaining how sexual harassment and assault are so widespread, but that the issue seems to finally be holding the public’s attention.

After Steinem, 83, pointed out that perpetrators have come from both ends of the political spectrum, Fonda, 79, noted that the common denominator is people who hold power.

‘It’s just easier for those kind of predatory men, you know like the president, to have access to the kind of women he likes,’ she said, adding that Trump’s ownership of the Miss Universe pageant put him in a position to have power over women whom he was attracted to.

‘That we have a president that profiteered off beauty contests is absurd in itself, in addition to the fact that he is a self-confessed harasser,’ added Steinem, who was referring to Trump’s comments about grabbing women’s genitalia because he’s a ‘star’ and they ‘let you’.

But while Weinstein, Bill O’Reilly, Roger Ailes, and Bill Cosby have all now faced consequences for their actions following accusations of sexual assault, Trump has not yet had a ‘day of reckoning’, they said — adding that they believe advertising is to blame.

Steinem likened watching Trump to observing a ‘traffic accident’, saying that people have been unable to look away; that in turn means people tune in to watch his TV appearances, which then earns TV networks advertising dollars.

Fonda added that that’s why it’s so important for more women to hold high-power positions in media, most of which are now held by men.

Though both women made it clear that they were displeased with the status quo, they also indicated that things appear to be slowly changing — particularly following the successive charges against Cosby, Ailes, O’Reilly, and now Weinstein.

‘It feels different. It feels like something has shifted,’ Fonda said.

However, she said, ‘it’s too bad that it’s probably because so many of the women that were assaulted by Harvey Weinstein are famous and white and everybody knows them. This has been going on along time to black women and other women of color and it doesn’t get out quite the same.

‘But it’s so huge, this story, and so much is coming out that shows that it went on for so long over so many countries… that’s it’s really made a big difference that women have come forward. And hopefully it’s like a domino effect, affecting other industries.’

Gloria agreed, pointing out how unfortunate it is that there often need to be multiple accusations against someone for assault or harassment before it gets attention.

‘If you steal money, you probably get arrested and convicted… ’cause everybody says stealing is wrong. But if you do something that’s very sexist or racist, because there still is a critical mass of bias in this country, it takes more cumulative instances for it to be recognized. So we have reached a tipping point I think,’ she said.

She thinks it also makes a difference that there have now been well-known offenders belonging to several different groups, so no one can say it’s someone else’s problem. 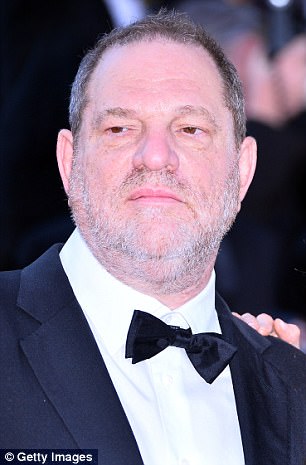 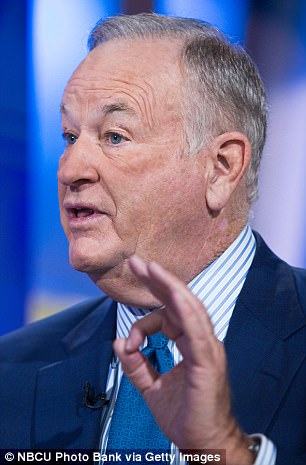 A trend: They pointed out that, in the wake of the Harvey Weinstein (left) scandal, there have been perpetrators on both ends of the political spectrum, including Bill O’Reilly (right) 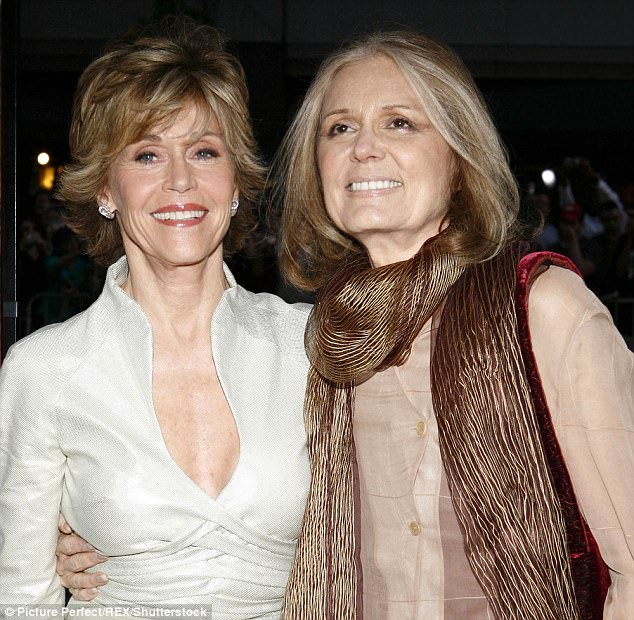 Widespread: ‘Nobody ever said the patriarchy was confined to one [side],’ said Steinem

‘The offenders have been cross-race — there’s been Cosby — they’ve been across political lines, from right to left,’ she said.

‘The important thing to remember is that it’s about power,’ added Fonda.

When asked by Hayes how they felt about the conservative reaction to the Weinstein scandal — that ‘Hollywood liberals lecture us sanctimoniously’ while this was happening ‘in their own backyard’ — both women scoffed.

Fonda called it ‘ridiculous’, while Steinem said plainly: ‘Nobody ever said the patriarchy was confined to one [side].’

And though the biggest news stories about assault and harassment have come out of the entertainment, media, and political spheres, campaigns like the trending #MeToo hashtag have shown just how pervasive the problem is.

‘Twelve million people in the United States work in restaurants,’ Fonda said. ‘Most of them are women. And they’re often young, but not always, but they survive on tips, which means they have to put up with a lot of [bad behavior].

‘If you don’t look smiley with a low cut dress, and tight [clothes], and the boss tells you [that] you have to, you know… you’re not being paid a living wage, so you depend on your tips.

‘This is often the first job, so these young women, it becomes the norm. [They believe] “Nothing can be as horrible afterward as what was done to me in restaurants, so this must be how life is,”‘ she said.