Gluten free foods contain more fat, salt and sugar than their gluten-containing equivalents, and are generally more than twice has expensive, a study has found.

Researchers at the University of Hertfordshire said it was clear that gluten free (GF) products offer no nutritional advantage to regular foods and are not a healthier alternative, which may surprise many consumers.

They also found that gluten free foods were 159% more expensive than their regular counterparts.

More than 1,700 food products from Tesco, Asda, Sainsbury’s, Morrisons and Ocado, were compared by researchers.

They found that, with the exception of crackers, gluten free foods contained more fat, salt and sugar and also had lower fibre and protein content than their equivalents.

A GF diet is the only treatment option for those who suffer from coeliac disease but many more people in the UK and around the world avoid gluten foods as it is perceived to contribute towards a healthy lifestyle.

This has lead to a huge increase in sales of GF foods in recent years. 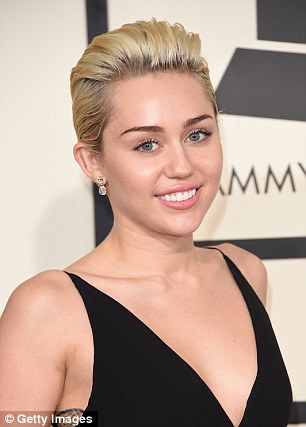 Miley Cyrus is a fan of gluten-free diets

A gluten free diet – of which Victoria Beckham Gwyneth Paltrow and Miley Cyrus are said to be fans – avoids the proteins found in wheat, rye and barley.

Advocates believe our modern diets have become increasingly high in refined wheat products and believe over consumption may lead to digestive symptoms such as bloating, pain and stomach cramps in those who are sensitive to gluten.

It is believed that around 13 per cent of the UK population are gluten-free. And the figure is even higher in the US, with a quarter saying they had consumed such foods in 2015 – a 67 per cent increase in two years.

The findings come after gastroenterologist Dr Suzanne Mahady, a senior lecturer, Monash University, earlier this week said only those diagnosed with coeliac disease – caused by a reaction of the immune system to gluten, which is different to gluten sensitivity – should keep to the strict diet.

WHY GLUTEN FREE COULD MEAN A DIET FULL OF ARSENIC

Gluten free diets have taken off rapidly in the past few years.

But research in February suggested those choosing to follow the trend are exposed to high levels of two toxic metals.

Those going gluten-free have double the amount of arsenic – a known cause of cancer – in their body, scientists at the University of Illinois found.

While traces of mercury – another deadly chemical – are almost 70 per cent greater, experts claimed.

Gluten-free versions of bread, spaghetti and cereals often contain rice flour as a substitute for wheat.

But rice is known to contain up to ten times more arsenic than other foods due to the way it was grown.

Generally, brown rice has higher levels because the arsenic is found in the outer coating or bran, which is removed in the milling process to produce white rice.

They randomly selected gluten containing equivalents from the same stores. A total of 1724 food items from 10 food categories was collected and analysed.

The protein in nine out of these ten gluten-free products were found to be lower than standard foods.

The costs were significantly higher across all food categories – the median cost of gluten-free brown and white bread and white and wholegrain flour was over four times the price of regular equivalents.

The researchers expressed concerns that the expense may be prevent people with coeliac disease from sticking to the diet, especially given that some NHS trusts are cutting down on the gluten-free foods they prescribe and others have stopped it all together.

The team note that despite the increased interest in the gluten-free diet, there have been limited studies in the nutritional composition of such foods.

Dr Rosalind Fallaize, Research Fellow in nutrition and dietetics at the university, said: ‘We found that gluten free foods were significantly more expensive than regular items, which is very concerning given the movement towards stopping gluten free prescriptions for people with Coeliac disease.

‘It’s also clear from our research that gluten free foods don’t offer any nutritional advantages over regular foods so are not a healthier alternative for people who do not require a gluten free diet.’

The study was published in the Journal of Human Nutrition and Dietetics.