PSG 4-1 Club Brugge: Kylian Mbappe and Lionel Messi score twice as Mauricio Pochettino’s side deliver a scintillating attacking display to march into the last 16 of the Champions League

Kylian Mbappe and Lionel Messi both netted twice as PSG cruised past Club Brugge 4-1 at the Parc des Princes on Tuesday to move into the knockout stages of the Champions League.

The reverse fixture finished 1-1 in September, but this never looked like being an even contest, with the hosts turning on the style in front of their home fans.

Mbappe struck twice inside the opening seven minutes, and Lionel Messi produced a trademark finish from the edge of the area to hand Mauricio Pochettino’s men a three-goal advantage at half time.

Mats Rits pulled a goal back for the visitors after the interval, before Messi converted a penalty to condemn Brugge to last place in the group, meaning they will not be playing European football after Christmas. 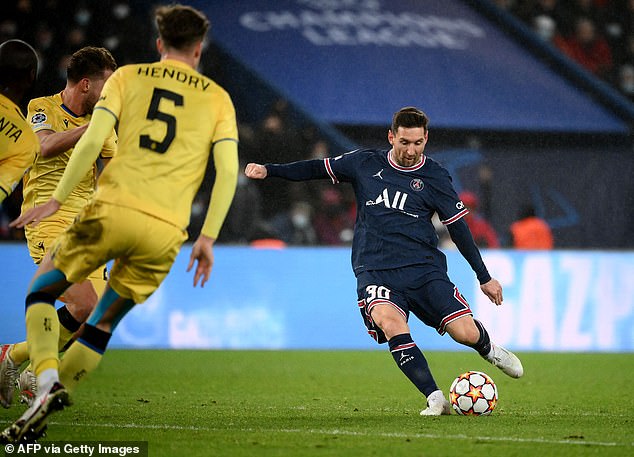 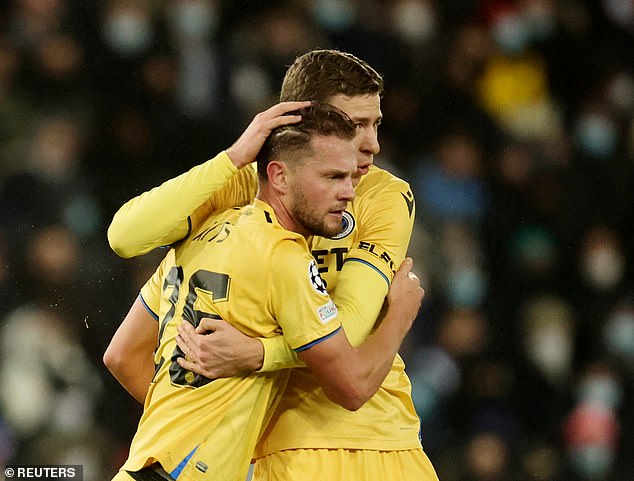