‘God is Italian’: Italy’s papers hail ‘lions’ in Azzurri squad after they beat Spain on penalties in Euro 2020 semi-final… but Spanish media sum up painful evening with ‘holy s***’ before claiming Luis Enrique’s side deserve to be in Sunday’s showdown

Italian media hailed Roberto Mancini’s national team after they beat Spain on penalties in the Euro 2020 semi-final, with one paper claiming: ‘God is Italian’.

The Azzurri, who have now extended their national record to 33 matches unbeaten under Mancini, were held by a resilient Spanish side in the 90 minutes after Alvaro Morata’s well-taken finish cancelled out Federico Chiesa’s second-half opener.

But Morata soon went from La Roja hero to zero when his sudden-death penalty was stopped by Gianluigi Donnarumma, which allowed Jorginho to net the winning spot-kick and send the blue half of Wembley into pandemonium. 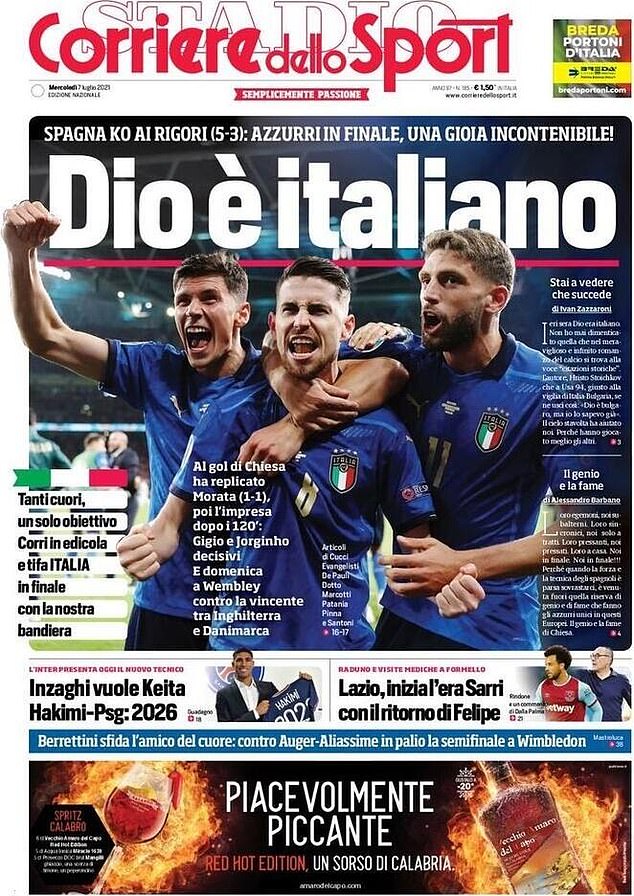 Corriere dello Sport’s front page was dominated by the words ‘God is Italian’ as they celebrated Italy reaching the final with ‘uncontrollable joy’.

The publication also praised Italy heroes Donnarumma and Jorginho as ‘decisive’ in the Wembley victory, which means Mancini’s men will now take on one of England or Denmark in Sunday’s final.

Meanwhile, Gazzetta dello Sport appeared to tease the Spanish national team by claiming they are going to have a ‘fiesta’ after their semi-final victory, while Tuttosport described the Italy squad as ‘lions’. 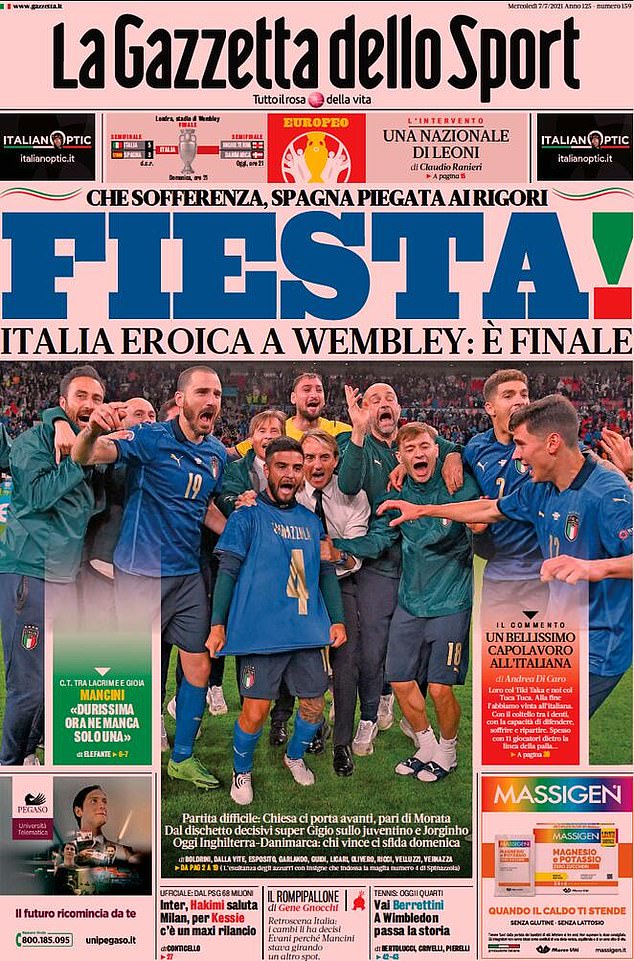 Gazzetta claims Italy as a nation went through ‘such suffering’ during the spectacle that lasted over two hours, but described their squad as heroic in north west London.

In Spain, however, the mood on the front pages was more subdued, with AS using the Italian phrase for ‘holy s***’ on their front page, next to an image of Morata’s spot-kick being saved by Donnarumma.

The paper insisted that Luis Enrique’s side deserved to be in the final and used quotes from the Spain manager saying they were ‘outstanding (with) a nine out of ten’ performance.

AS also claimed that everything is falling into England’s hands as they prepare for their semi-final over Denmark on Wednesday night, with both the last four clash and the July 11 final at Wembley. 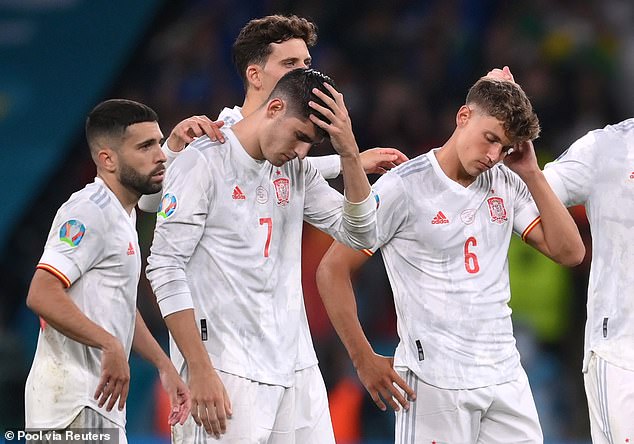 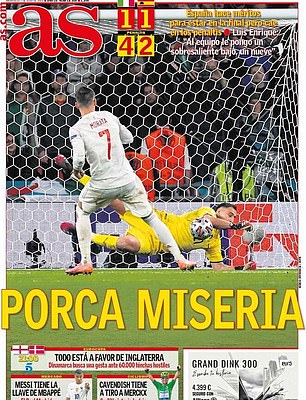 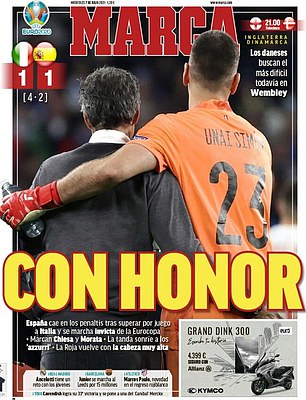 AS used the Italian term for ‘holy s***’, while Marca said Spain showed ‘honour’ at Wembley

Marca went for a different route on their front page, using an image of Enrique and goalkeeper Unai Simon embracing after the match with the words ‘with honour’ placed in large lettering above it.

Simon saved a spot-kick from Manuel Locatelli in the shootout which could have given Spain an advantage in the shootout, but Dani Olmo blazed his effort over the bar in the following penalty before Morata’s fatal miss.

Marca also claimed that Enrique’s side ‘played the better game’ compared to Italy but ‘the shootout smiled on the Azzurri’ but also insisted that ‘La Roja will return with their heads held high’.